Six new genes suggest obesity is in your head, not your gut 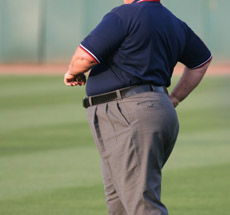 The study found that six genes tied to weight were linked not to metabolic function but to the brain, suggesting not only that some people may be hardwired to overeat, but also pointing to possible treatments.

Is obesity all in your head?New research suggests that genes that predispose people to obesity act in the brain and that perhaps some people are simply hardwired to overeat.An international research team co-led by the University of Michigan found six new genes that help explain body mass index and obesity, and all but one of the genes are tied to the brain rather than to metabolic functions, such as fat storage and sugar metabolism.In addition to the six new genes, the study also confirmed the role of two other genes previously associated with obesity, said co-principal investigator Goncalo Abecasis, an associate professor at the U-M School of Public Health. The study will appear online Dec. 14 in advance of print publication in the journal Nature Genetics.It’s significant that five of the six new genes also impact brain function, because the findings suggest people could simply be programmed to overeat, said U-M postdoctoral researcher Cristen Willer, first author on the study. The brain, she said, has two main functions related to weight: appetite control and the regulation of one’s total energy balance (whether you burn more calories or conserve more energy).”This research tells you a little about what kinds of drugs you want to develop and where you want them to act,” Abecasis said.Unfortunately, society is often particularly unforgiving of overweight people, assuming them weak or lacking in discipline.”If you just want to think about how you react to these people who are obese, they can just be wired differently, so you have to be respectful of that,” Abecasis said.”It’s different if you know that overeating is about biology, and it takes a major effort to overcome that biology,” Willer said. “Clearly, this suggests that some aspects of eating behavior may be something you’re born with.”For example, one of the genes, NEGR1, controls how your brain is wired as it is developing by regulating neuronal growth, Abecasis said.”In younger children, ages 5-10, we found that with three of (the genes) the children were already heavier at that young age, and with the other three genes, we saw that there was no effect on children,” he said. “For those, we only saw an effect in much older individuals. This points to different mechanisms influencing your weight at different ages.”Another example is SH2B1, which was first discovered by U-M researchers studying mice, Abecasis said. Researchers created an obese mouse then returned it to its normal weight by turning on the SH2B1 gene in the brain.The international team analyzed 32,387 individuals of European ancestry from 15 large-scale genetic association studies. The findings were confirmed in more than 50,000 additional individuals. The study collaborators included researchers from Oxford and Cambridge universities, the National Institutes of Health in the United States and the Broad Institute of Harvard and MIT, as well as many other members of the Genetic Investigation of Anthropometric Traits consortium. 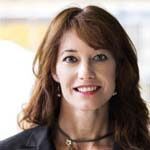