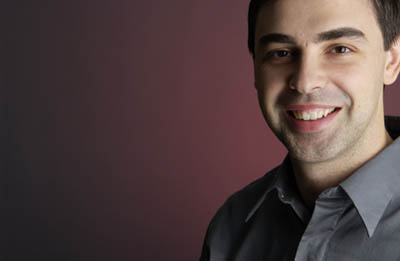 At the ceremony on May 2, 2009, the University will award degrees to about 4,000 students in Michigan Stadium. Page will receive an honorary doctorate in engineering at the ceremony, pending U-M Board of Regents approval Thursday.”Celebrating the accomplishments of the class of 2009 will be all the more special with Larry Page as our speaker. In a relatively short period since his own graduation from Michigan, he has made a meaningful and lasting contribution to society,” said U-M President Mary Sue Coleman.

Page, a native of East Lansing, received a bachelor’s degree in engineering with a concentration in computer engineering from U-M in 1995. During his time at Michigan, he served as president of the University’s chapter of Eta Kappa Nu, the national honor society for electrical and computer engineering students. He was a member of Tau Beta Pi and involved with other extracurricular organizations as well. Page was the youngest member ever elected to the National Academy of Engineering in 2004 at 31.

In the mid 1990s while a graduate student at Stanford, Page and a colleague undertook a research project to find a better way to search the Internet. They determined that the most valuable marker of a site’s relevance was the quality, and not just the quantity, of the other sites linking back to it.

Today, the 10-year-old company that has twice been named one of Fortune magazine’s best places to work has more than 19,000 employees and annual revenues of more than $16 billion. Its mission is to organize the world’s information and make it universally accessible and useful.”Larry Page in large part conceived and developed an innovation that ultimately changed the world,” said David Munson, the Robert J. Vlasic Dean of Engineering. “He is the latest in a long line of Michigan engineers dating to the 1950’s, including his father and brother, who have pioneered in the fields of computer science and engineering.

“AdWords, Google’s main source of revenue, has a large office in Ann Arbor. AdWords is a text-based advertising platform that lets customers bid on keywords that trigger the appearance of their ad in the margin of a search results page.

The University is one of three universities in the United States whose libraries Google is completely digitizing as part of its Book Search program. Others are Stanford and the University of California.