Hotspots in developing countries will fuel demand for global energy

Developing countries use proportionally less energy than industrialized nations, but this could soon change.As personal income increases in developing countries, many of which are in warm-to-hot climates, the increased use of air conditioning could lead to an unprecedented increase in energy demand, says a University of Michigan researcher.”Using energy to cool houses and apartments is not yet common in developing countries,” said Michael Sivak of the U-M Transportation Research Institute. “For example, currently only 2 percent of housing units in India have central or room air conditioning, as compared to almost 90 percent in the United States.”In a new study published in the journal Energy Policy, Sivak examined the potential energy demand for residential heating and cooling in the world’s 50 largest metropolitan areas.His analysis used data on “heating and cooling degree days”—units that relate to the amount of energy needed to heat and cool buildings. One heating (cooling) degree day occurs for each degree the average daily outdoor temperature is below (above) 65 degrees Fahrenheit.Sivak’s analysis indicates that among the world’s 50 largest cities, the top 13 in terms of cooling degree days are located in developing countries, such as India, Thailand, Vietnam, Philippines, Indonesia, Pakistan, Bangladesh and Nigeria. All but two of the top 30 are in these and other developing nations.The potential increased demand in energy is illustrated by the example of Mumbai, a metropolitan area in India with 18 million inhabitants. Specifically, potential cooling demand in Mumbai is about 24 percent of the demand of the entire United States.”Whether the potential cooling demand in developing countries will translate into energy consumption for cooling on the scale of the United States or greater is not clear,” Sivak said. “Differences in energy infrastructure, size and occupancy density of buildings, sustainability concerns, desirable temperature and diurnal use of air conditioning will influence the energy use for cooling in developing countries. Nevertheless, the potential for a huge increase in energy use remains.” 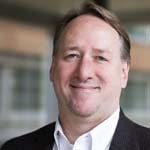