A life on the edge 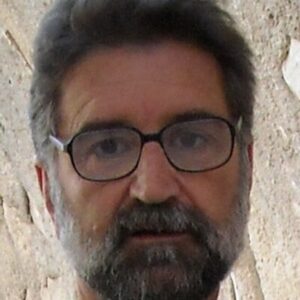 Step through the ancient stone arch into Barga and slip back into a medieval walled village, knuckled up on the crest of a hill in northern Tuscany. Climb the steep and narrow cobbled ways past the tobacconist, the grocer, the baker and the woodworker and at the top of the town in a 600-year old former convent you’ll find Frank Viviano.

A University of Michigan graduate and an American expatriate, Viviano is an award-winning war correspondent and an eight-time Pulitzer Prize nominee. In more than thirty years of international reporting, Viviano’s datelines include Tiananmen Square, Russia, Nicaragua, Bosnia, Ireland, Iraq. He worked as chief foreign and Asia correspondent and later as Paris bureau chief for the San Francisco Chronicle until 2002, when he joined the National Geographic Magazine staff until he retired from full-time reporting a few years ago.

Viviano has covered some of the most significant stories of our time: the collapse of the Soviet bloc, Islamic fundamentalism and terrorism, U.S. immigration, the Chinese crackdown on dissidents in 1989, organized international crime, the economic rise of Asia. His news articles and analysis have been published in more than 200 newspapers and magazines throughout the world. His books, non-fiction so far with topics ranging from food and restaurants to war torn regions and a journey into his own family’s past, have been translated and printed in more than a dozen countries.

When Viviano recently retired as a full-time war reporter, he chose the historic Italian hill town of Barga as his home. Friendly shouts of “Ciao Frank” echo through the cobbled ways as he walks Barga’s streets. Viviano chats in fluent Italian with shopkeepers, tradesman and fellow expats.

“The first night I spent in Barga, I didn’t know a soul. I went down to the café for a glass of wine, and wound up being invited to someone’s home for dinner,” Viviano said. “It’s still a very traditional place in many ways.”One of his favorite traditional gatherings is the annual grape harvest when the community comes together to pick fruit, then to enjoy each other’s company and drink last year’s wines from the local vineyards. Viviano makes his own wine and grappa from the grapes that grow on the terrace of his villa, one of the few places visitors can rent in the old section of Barga. Viviano, 61, graduated from U-M in 1969. He completed his PhD in American Studies at U-M in 1977. Born in Detroit, he and his brother Sam (art director of Mad Magazine fame and also a U-M alumni), grew up in a Sicilian American family.

While on assignment covering the Bosnian civil war in 1992, Viviano was kidnapped by Serb militiamen, who threatened to kill him. The experience unnerved him on many levels. In part as a way to help him ground himself, Viviano moved to Sicily where his grandparents grew up. There he began a journey of introspection and investigation, uncovering clues to a family mystery and shedding light on the early shoots and tendrils of the mafia. The result was “Blood Washes Blood: A True Story of Love, Murder, and Redemption under the Sicilian Sun,” a book about the murder of his great grandfather in Sicily.In addition to “Blood Washes Blood,” Viviano’s books include “The Thrifty Gourmet: 250 Great Dinners in the Bay Area,” with Sharon Silva and “Dispatches from the Pacific Century.”

I think we’re in for a long, long chain of nasty ‘little’ wars that we can’t easily resolve

Although retired as a war correspondent, Viviano continues to write. He is working on two new books: a novel revolving around the global trade in human trafficking and a nonfiction look at China during the 15th century.

Viviano also keeps his hand in journalism and contributes a twice monthly column to CBS5.com, sharing his ideas informed by his years of international reporting, offering Americans a world view from abroad. His columns are also published at barganews.com.

As a widely traveled ex-pat who remains close to family, friends and colleagues in the United States, Viviano’s perspective is that of an inside outsider, or an outside insider. In recent interviews, he talked about some of his views:

MT: As you look beyond this economic crisis, what do you see as the critical forces shaping the early 21st century?

FV: Like it or not, the shape of the future will be hammered out in two countries: The United States and China. What they share is enormous energy and an extraordinary capacity for self-reinvention. The United States is a very different nation than it was just a year ago, a transformation that bears global implications. China too has transformed itself dramatically, moving within half a generation from a peasant and agricultural society to one of the industrial leaders of the world. The China I knew as a young reporter didn’t have a single modern road. Now the country is crisscrossed from end to end with spectacular landscaped freeways. In both of these countries, the energy rises from a collective will to change. Governments have something to do with it, but critical mass is achieved when the “nation” says, in effect, “we’re ready to go forward.” Not long ago, the conventional wisdom was that the era of U.S. global influence was finished. Suddenly, for good or ill, you no longer hear that. In a country that voted stubbornly against the Kyoto Pact to fight global warming a few years ago, the talk now is the building of a green infrastructure, making the future compatible with the environment. If Obama and his supporters can pull it off—a gigantic if—our exit from the economic crisis could also be the birth of a radical new model for post-industrial society. China is also widely perceived as a global model for development, a model premised on the highest per capita expenditures on infrastructure of any major nation. Physically and literally, China and the America envisioned by the Obama Administration are about building for the future.

MT: Obama talks a lot about hope, but there’s a good deal of despair in the world right now. How optimistic are you about where we’re going?

FV: One of the times I felt a sense of despair most strongly was probably in Bosnia. I had covered the collapse of the East Bloc and the establishment of an enormous number of new democracies in its ruins, and it seemed as though we had reached a critical turning point, a realization that the world was no longer divided starkly in two hostile camps. And then Bosnia blew up and the next five years were a catalogue of horrors. That war led me to profound doubts about my own profession, about our job as journalists, our efforts to make sense of events that cannot be adequately explained in rational terms. Bosnia was a product of collective insanity. Yet we must continue to believe things can take a turn for the better. I covered the troubles in Ireland. If you asked me in 1991 or 92 if there was any hope for a solution, I wouldn’t have been optimistic. The bloodshed in Ireland was a 500-year-old story by then. But in fact, that story appears to have come to an end. The Irish of the Six Counties, of Ulster, Protestant Loyalist and Catholic Republican alike, sit in the same government in Belfast today. They seem to be making it work.Europe for 2000 years was defined by wars among the British, the Germans, the French, the Italians, the Spaniards, the Portuguese and the Dutch. Today, it’s inconceivable that any of these countries would go to war against each other. And despite the conflicts that we see elsewhere today, these last twenty years have been among the safest times to be on the planet, given the awful record of the past—two world wars in the 20th century alone, for instance, that cost more than 50 million lives.That isn’t to say that we won’t experience serious tensions and bloody conflagrations. I think we’re in for a long, long chain of nasty “little” wars that we can’t easily resolve, along the lines of Afghanistan; small terrorist groups pitting themselves against major powers and maintaining their own. Even the most sophisticated military machine can be rendered impotent by low-tech suicide bombs. I can tell you that from personal experience in Iraq. But even on this front, the wheel keeps turning. Bouts of fanaticism never last forever, and there is rapidly waning enthusiasm for it among Muslims. Most people everywhere want peace and a healthy, modern world in which to enjoy it.

MT: You live in a village that feels barely marked by the changes that are rushing over the world. From your home in Barga, what do you make of all this change?

FV: Until very recently, you could still travel to places where people lived as their ancestors did centuries ago, where daily life and ancient traditions were synonymous. Suddenly and decisively, in less than a decade, that possibility has vanished. While this is an impression based on long experience, rather than a statistical observation, I believe that the ebbing of the traditional world, which started with the Industrial Revolution, is now in its final chapter. Exactly what this means, good and bad, and it is surely both, will occupy us for a very long while.”