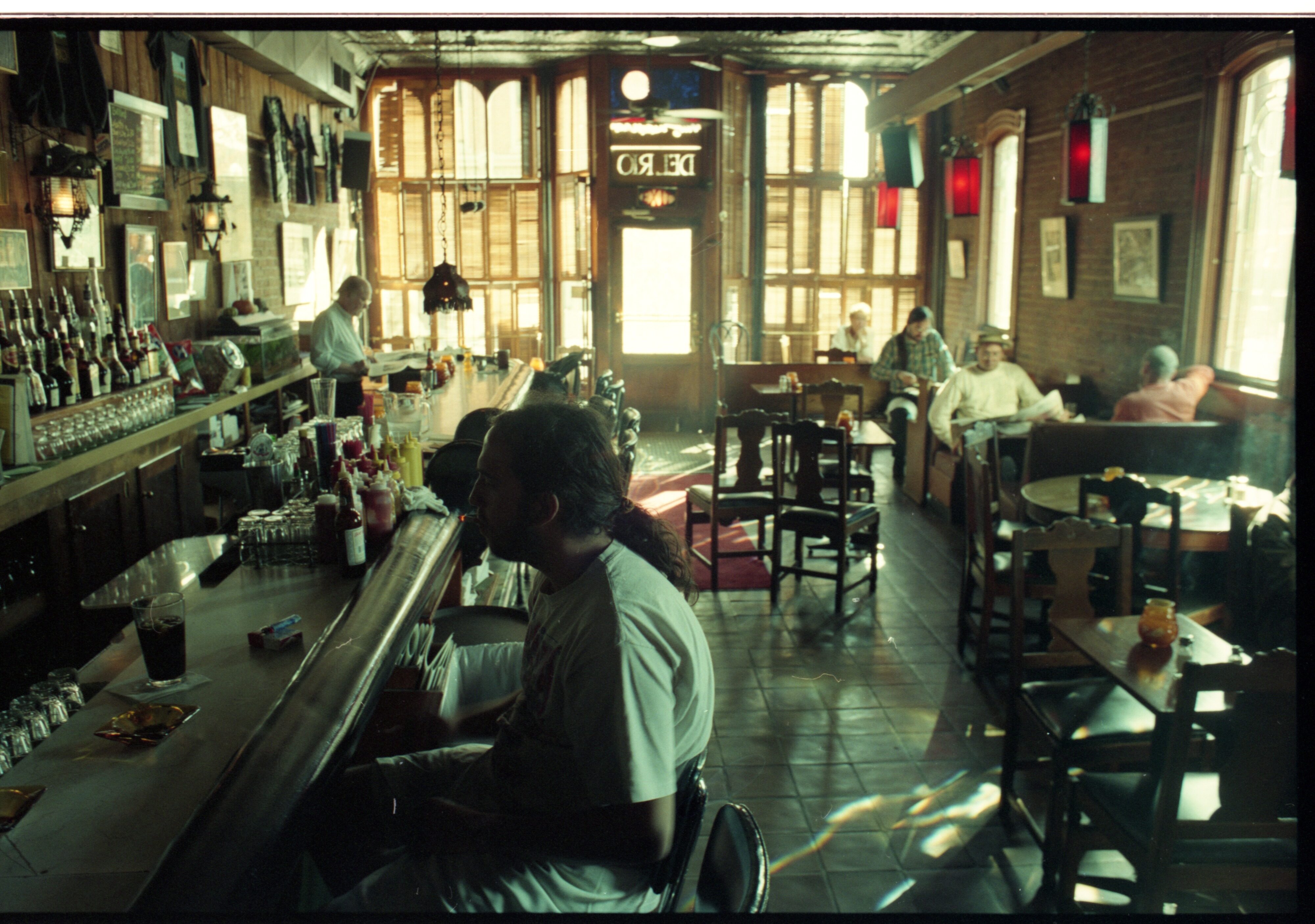 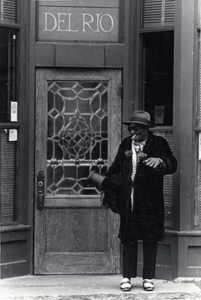 If you went to U-M between 1970 and 2003 you probably visited—or at least heard of— the Del Rio bar. It was the dimly lit joint downtown with the tin ceiling that remained the city’s “hippie” bar right up to its turbulent final days. Its charms included cheap but good burritos and “DetBurgers,” free, live jazz, and an eclectic collection of customers and employees. Some visitors, either amused or irritated, called the waitstaff the “hostile hippies” because they were far from obsequious. Few, though, were as rude as a waitress in the early years who once slammed the door on two men in suits, shouting, “We don’t serve capitalist pigs!” She got away with it because, for most of its existence, the Del was idealistically run as a collective. The staff—which included many U-M grads and drop-outs—voted on hiring, firing, salaries and menu choices (with ongoing fights between the meat-eaters and the vegetarians).

Del co-owner and U-M research scientist Emeritus Ernie Harburg recently published Liberty, Equality, Consensus, and All That Jazz at the Del Rio Bar (Huron River Press), an insider’s account of a quixotic experiment in democracy disguised as a bar. TV chef and former Del cook Sara Moulton writes of the book, “Harburg’s memoir brings it all back: the bans, the brains, the booze, the fizzy mixture of high-mindedness and bad behavior.”

At some point, says early Del employee Larry Behnke, it became impossible to separate the Bar from the city of Ann Arbor, which had become one of the national hotbeds of anti-Vietnam war activity . . . and a thriving counterculture scene.

“So much was going on,” marvels Behnke. “Not only protests and demonstrations, but art and film. It was incredible!”

The Del Rio attracted groups such as the Students for a Democratic Society and Ann Arbor Women for Peace. A few of the Del Rio staff had helped start and were part of a film group whose showing of Flaming Creatures on the campus was raided by Ann Arbor police for containing scenes of “frontal nudity.” It was also popular with counterculture “pub singer” Patti Smith, whose occasional visits with her husband Fred, of MC5 fame, gave “Delroids” a thrill. And once, Alice, a regular customer and self-proclaimed lesbian alcoholic, seriously offered to immolate herself as the Buddhist monks were doing in Viet Nam to protest the war — but she wanted to accomplish this in front of the Del Rio Bar! It took several days for bar co-owners Torry and Ernie Harburg to persuade Alice to drop this peace action from her agenda. (Alice later became a university professor.)

Running a bar without a manager

“The popularity of pot made for a very mellow bar…”
All the employees gathered regularly on the second Sunday of each month to discuss the intricacies of running a bar outside the traditional management structure. The meetings themselves were at first raucous affairs. Ernie Harburg recalls, “We’d have wine and cheese and we used to yell at each other until finally we learned how to modulate our voices and be courteous.”

Employees were hired by group (cooks, bartenders, waiters, and door tenders, who checked IDs), and given a three-month probation period. But the groups dragged their feet on firing. Once, recalls co-owner Betty Vary, it took three long, emotional meetings to fire an alcoholic employee whose work habits were giving his fellow workers grief.

There were deep conflicts at times between the goal of an “open” society and factions in the Bar. In the late ’70s, the Bar discovered the majority of cooks were lesbians or “liberated” and did not want to hire men. At the hiring meeting, Rosie, then one of the informal Del leaders (who later became a lawyer and prosecutor), and Ernie tried to hire a well-qualified male . . .The cooks refused. They said men smelled. During the next month the waits, dorts, barts, and a few customers emotionally “boycotted” the cooks, who finally (tearfully) gave in and hired Brett Eynon.”

At the tearful closing party in 2004, a nude woman strolled through, like a character out of the rock musical “Hair.”
Former waitress and later teacher Diane Black (1972-80 and 1984-90) recalled more than one occasion when she had to prepare someone’s order herself because the cook was outside on a pot-smoking break.

“The popularity of pot made for a very mellow bar,” recalled Larry Behnke. Still, there was no shortage of personal dramas at the bar. Cook Julie Detwiler, split with her husband — for whom the DetBurger was named — during the years she worked at the Del, and she recalled serving customers with tears streaming down her face.

“Customers would ask, ‘Are you okay?’ and I’d say, ‘No, I’m not okay, but I can still serve you.'” She remembered standing in the kitchen, weeping, her concerned co-workers hugging her and saying, “Julie, we all want to help you.”

Notes from long-ago meetings give further insight into the Del’s culture and complications: “Loans. Three people want one. How much do we have? There’s $350 in the kitty. Mary wants $150 to go to Greece. Pete wants some for Arizona and Joy needs some for expense. Well, Mary might not need that much . . . So let’s split it four ways, OK? Now Barb wants sick pay. Anyone object?”

The Del was never a big money maker for its owners, but its last decade was particularly difficult. A number of new bars had sprung up as competitors, and newcomers, including the students, were less enamored of a place that seemed stuck in the Woodstock era. Also, newer employers were much less committed to the bar’s idealism than were their predecessors.

In 2002, the Del owners began moving toward more traditional management, but a mutiny didn’t occur until a new hard-line manager fired some old-timers and announced strict rules. Furious Del employees, joined by some customers, picketed the bar — and owners Harburg, Rick Burgess, and Betty Vary decided they’d had enough. The bar closed in December 2004. At the tearful closing party, a nude woman strolled through, like a character out of the rock musical “Hair.”

“It outlived its era,” reflects Betty Vary. But Harburg recalls with pride, “We had a hell of a run.”