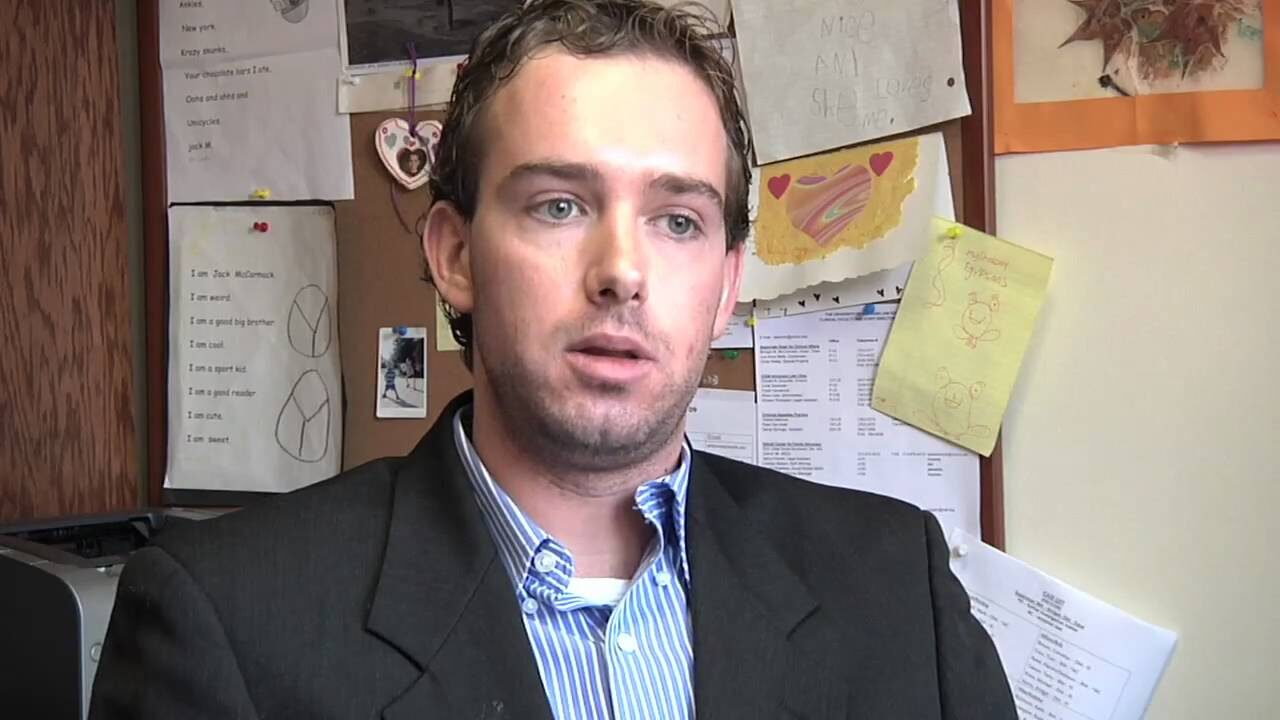 Dwayne Provience, shown here after prosecutors dropped murder charges against him, had been in jail since 2001. Prosecutors had argued in a separate case that a different man had committed the murder for which Provience was serving time.

Members of the Detroit media mob a newly freed Dwayne Provience after a Wayne County judge ordered him released from prison. County prosecutors dropped a murder charge against Provience March 24 after Innocence Clinic students presented compelling proof that he had nothing to do with a Detroit drug killing that happened in 2000.

Dwayne Provience, 36, has been on an electronic tether since he was freed from prison in November. The prosecutor’s decision comes on the 10th anniversary of the shooting death of the man Provience was accused of killing.

“If it wasn’t for the Michigan Innocence Clinic—students doing the legwork to find information, I’d still be in prison today,” Provience said. “They started with one lead, and they took it from there, just kept finding more and more details.”

Students in the Innocence Clinic argued Provience should be freed in part because a key witness recanted and in part because the Wayne County Prosecutor’s Office, in a separate homicide case, had argued that someone else committed the killing Provience was locked up for. Other holes in the government’s case and missing investigatory files also helped convince the judge to free Provience, Innocence Clinic leaders say.

It was the Innocence Clinic’s third major exoneration since it was founded in the winter of 2009.

“What we had amassed over the year that we worked on this case was overwhelming evidence” that police had prosecuted the wrong man, said clinic cofounder David Moran, a law professor. “We hope that, having found that overwhelming evidence of who the real killers are, the prosecution will consider bringing to justice the killer who is still out there walking the streets.”

In addition to the satisfaction of freeing a man Moran called “a wonderful person, the nicest man you’d ever want to meet,” both he and clinic cofounder Bridget McCormack pointed out the intense learning experience their students went through.

“I think this case was a tremendous educational experience for all six students who worked on it,” Moran said. “They learned about knocking on doors, never talking no for an answer, digging for documents even after they were told those documents didn’t exist. And they learned about how a prosecution goes wrong. They learned about the flaws in the criminal justice system, and how we all need to be really vigilant.”

Third-year Michigan Law student Judd Grutman, one of the first two student attorneys who worked on the case, agreed.”I feel great, but I’m mostly happy for Dwayne,” Grutman said. “He’s a great guy and he’s going to do great things. Obviously, we changed his life—but more than that, he’s changed us, too.”

John Masson is director of communications and marketing at the Greenhills School in Ann Arbor. From 2007-13 he was a writer, editor, and media relations specialist in the U-M Law School. Prior to working at U-M Masson was a journalist, reporting for the Detroit Free Press, the Indianapolis Star, and the Flint Journal. Fpllow him on Twitter: @jpamasson
Social
Share on: Share on Twitter Share on Facebook