Empathy: College students don't have as much as they used to 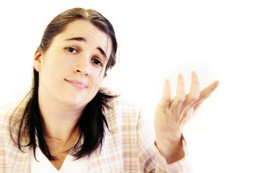 Today’s college students are not as empathetic as college students of the 1980s and ’90s, a University of Michigan study shows. The study analyzes data on empathy among almost 14,000 college students over the last 30 years.”We found the biggest drop in empathy after the year 2000,” said Sara Konrath, a researcher at the U-M Institute for Social Research. “College kids today are about 40 percent lower in empathy than their counterparts of 20 or 30 years ago, as measured by standard tests of this personality trait.”Konrath conducted the meta-analysis, combining the results of 72 different studies of American college students conducted between 1979 and 2009, with U-M graduate student Edward O’Brien and undergraduate student Courtney Hsing. Compared to college students of the late 1970s, the study found, college students today are less likely to agree with statements such as “I sometimes try to understand my friends better by imagining how things look from their perspective” and “I often have tender, concerned feelings for people less fortunate than me.”In a related but separate analysis, Konrath found that nationally representative samples of Americans see changes in other people’s kindness and helpfulness over a similar time period.”Many people see the current group of college students—sometimes called ‘Generation Me’—as one of the most self-centered, narcissistic, competitive, confident and individualistic in recent history,” said Konrath, who is also affiliated with the University of Rochester Department of Psychiatry.”It’s not surprising that this growing emphasis on the self is accompanied by a corresponding devaluation of others,” O’Brien said.Why is empathy declining among young adults?Konrath and O’Brien suggest there could be several reasons, which they hope to explore in future research.”The increase in exposure to media during this time period could be one factor,” Konrath said. “Compared to 30 years ago, the average American now is exposed to three times as much nonwork-related information. In terms of media content, this generation of college students grew up with video games, and a growing body of research, including work done by my colleagues at Michigan, is establishing that exposure to violent media numbs people to the pain of others.”The recent rise of social media may also play a role in the drop in empathy, suggests O’Brien. “The ease of having ‘friends’ online might make people more likely to just tune out when they don’t feel like responding to others’ problems, a behavior that could carry over offline,” he said.Add in the hyper-competitive atmosphere and inflated expectations of success, borne of celebrity “reality shows,” and you have a social environment that works against slowing down and listening to someone who needs a bit of sympathy, he says. “College students today may be so busy worrying about themselves and their own issues that they don’t have time to spend empathizing with others, or at least perceive such time to be limited,” O’Brien said.The American Association of University Women provided support for the analysis.

Click here to test your level of empathy and compare how you scored to the average empathy level of college students.