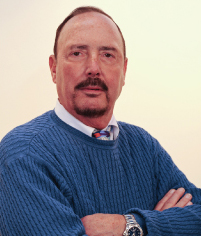 Robert Wollack got a second chance from two U-M professors. Now his work is to offer second chances to others.

Today, he remains very busy. His compelling and surprising book, published in May of 2010—They Will Be Victors—details his personal and professional journey. In it, he reflects on “those whose choices take them to places they would rather not have visited, but whose salvation lies in what they are learning, and what they will ultimately do with their lives.”

His wife Judith has taken over day-to-day operations of WHS, letting Wollack focus on big picture projects like lobbying, advocacy, and starting a foundation, the Friends of Wolverine Human Services, to further create opportunities for rehabilitation for young people. And he still wears a U-M ring—he owns two—every day. The ring, he says, “represents my life…this is my life. Without this ring, I wouldn’t be where I am today.”