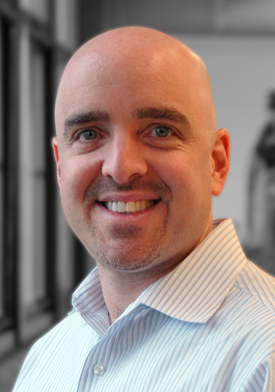 Brad Keywell launched scores of companies as a U-M undergrad and law student. Many were successful, but none have hit it as big as Groupon.

Internet entrepreneur Brad Keywell ’91, JD ’93, a co-founder of Groupon.com, generates tons of ideas, most of which end up in the recycle bin. But a few find traction, and those that do thrive in our increasingly digitized world.”You have ideas, first you nurture them, then you kill them, and the ones that survive, you end up pursuing,” says Keywell. That philosophy has well served Keywell and his University of Michigan classmate, Eric Lefkofsky ’91, JD ’93, in their ambitious drive to develop cutting-edge, web-based businesses. They do so from an office complex in downtown Chicago, where their burgeoning business empire has become the hub for digital enterprise in the Midwest. Keywell and Lefkofsky create technology-based businesses, and in the last year, they have invested in ventures of other entrepreneurs. Among their 14 companies, two are publicly traded. There’s InnerWorkings, which provides print and promotional solutions to businesses looking to attract customers via the Web. Echo Global Logistics, meanwhile, provides web-based support for businesses looking to better manage logistics and transportation within their companies. Echo grew from two employees—Keywell and Lefkofsky—to more than 1,000 over four years.

Groupon has grown ever faster, with Forbes calling it “the fastest growing business ever.” Started in 2008 by Andrew Mason, Keywell and Lefkofsky, Groupon today operates in 500 markets in 41 countries, and touts more than 30 million members in the United States and 60 million globally. Groupon reportedly turned down a $6 billion takeover offer from Google in December, 2010. 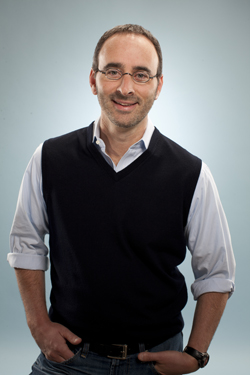 Eric Lefkofsky and Keywell went through U-M together, both as undergraduates and in Law School.

“It’s an incredible challenge to grow a company at this extraordinary pace,” says Keywell, 41, who lives the Chicago suburbs with his wife, Kim, and daughters, Chloe, 12, and Casey, 11. “But we’ve created a team that has incredible talents and spectacular vision.”Groupon has struck a nerve with consumers who regularly use the Web for social networking and e-commerce. The online company offers its members discount coupons for products or services at local businesses in upbeat daily e-mail messages. The discounts only kick in after a minimum number of patrons buy them. Groupon takes a cut of the coupon price while retailers get customers in the door.Yorktown Cycles in New York City’s northern suburbs decided to try Groupon in February—a slack time for a bike shop. Owner Tom Walsh offered a half-price tune-up, which typically goes for $80. The discount coupon cost $39, of which Walsh says Groupon took about 50 percent. The bike shop’s minimum was 15 coupons. By 8 a.m., 30 coupons were sold, with an additional 163 purchased by the end of the promotion.”It was a real home run for us,” says Walsh. “We got new people in the store, and it gave us the opportunity to turn them into repeat customers.”Groupon evolved from ThePoint.com, a business started by Keywell, Lefkofsky, and Mason. The Point launched in November, 2007 with the idea that activists could start a campaign by asking people to give money or take action as a group—but only after a “tipping point” of people had agreed to do so. While The Point was struggling, the team conceived the idea of Groupon, adapting the tipping point concept to the marketplace, with saving money—a favorite American pastime—the driving force.”In the midst of potential failure came massive success,” says Keywell. “We originally saw a social-media formula with The Point that could mobilize people to do great things through the tipping-point mechanism. The difference with Groupon is that people use the tipping point to save money, and that’s a very big difference.”The company has saved its US members more than $1.2 billion, with 97 percent of its featured companies asking to be featured again, according to its website. The idea behind the Groupon discounts is similar to traditional retail discounts—the deals lure customers into a store, where the retailer hopes to provide quality service or products and generate return business. Retailers are attracted to Groupon because they don’t have to shell out money upfront, as they would do with traditional advertising. With Groupon, their only cost comes in selling the discounted sales item featured in the daily e-mail. And that only occurs if enough customers agree that it’s a good enough bargain. “We didn’t let go of the beauty of the tipping point model,” says Keywell. “It was a radical revolution in the way people use the Web to interact with local merchants.”

Len Middleton, ’91, an adjunct professor at the University of Michigan’s Ross School of Business, recalls meeting Keywell during their undergraduate days, when Keywell already had several business ventures underway. “Brad’s success doesn’t surprise me,” says Middleton. “He has the kind of moxie needed to be a serial entrepreneur. He was always looking for new ideas, for new ways to look at business.”Keywell and Lefkofsky, who both grew up in suburban Detroit, were undergraduate entrepreneurs in Ann Arbor. Lefkofsky sold carpets to students for their dormitory rooms and created a new mascot for the university, using the image to sell apparel and souvenirs. Keywell published a college handbook, calendar, and discount card, all of which carried paid advertisements. He also launched a competition among University of Michigan art students to design a modern-art version of the university’s block “M” logo. The winning design became a popular poster sold in mail-order catalogues and Ann Arbor bookstores.”We sold tens of thousands of posters,” recalls Keywell. “It was a great business.”After earning their undergraduate degrees, Keywell and Lefkofsky entered the University of Michigan Law School. Neither planned on practicing law. But both viewed the study of law as a solid foundation for careers in business. “Law school is an incredible way to develop your logical brain,” says Keywell. “I routinely advise aspiring entrepreneurs to consider law school as an alternative to business school. It teaches you a framework to synthesize a wide array of facts and perspectives and organize them to make disciplined decisions. By understanding how our society is governed, you can make better decisions on how to optimize businesses within it.”Soon after graduating, they bought Brandon Apparel, a Wisconsin company with 450 employees that sold licensed sportswear from professional teams. Keywell and Lefkofsky launched the company while studying for the bar exam, and lived out of a Holiday Inn. A year later, the company was prospering, with their clothing lines sold in Nordstrom, Neiman Marcus and Wal-Mart. By 1999, Lefkofsky and Keywell entered the technology world, founding Starbelly, an early Internet company that provided web-based promotional tools to businesses. In 2000, they cashed in, selling Starbelly for $240 million before the Internet bubble burst. That success sparked a slew of subsequent start-ups. There was Echo Global Logistics in 2005, then MediaBank in 2006, which provides accounting and analytic software for the advertising industry. They have since started Pawncho, an online alternative to the pawn shop, for people looking to turn their possessions into cash.These business ventures have been so profitable that Lefkofsky and Keywell now have the capital to back the dreams of up-and-coming entrepreneurs. They come to Chicago in droves with their optimistic business plans, seeking backing from Lightbank, the venture capital fund set up by Lefkofsky and Keywell.And Lightbank does more than dole out cash. It takes an equity stake in each company, has representation on their boards, and becomes actively engaged in growing the businesses in which it invests. They receive hundreds of proposals, and Keywell says Lightbank is currently investing at a rate of about one company a month. “We are predominantly focused on technology-oriented businesses,” Lefkofsky recently told Fox Business. “We’re looking for passionate entrepreneurs who have an idea that they won’t let die—people who are smart and aggressive.”

Keywell also supports the entrepreneurial spirit through Chicago Ideas Week, which he founded in October, 2010, and which will be held again this coming October 11-16. Keywell launched the nonprofit organization that’s putting on the event—an effort to inspire innovation and an entrepreneurial culture in the Midwest—and has attracted funding from Chicago philanthropies, such as the MacArthur Foundation and Joyce Foundation, to support the effort.

“Groupon has become an instigator of regional entrepreneurial confidence,” says Keywell. “Historically, the major Internet companies, such as Twitter, Facebook and Google, have been located in California’s Silicon Valley. But we’ve shown that you can build world-class Internet companies in the Midwest. Entrepreneurs in Chicago, and the Midwest, can be formidable players in the global business world.”