Who was Alice Lloyd?

She was a philosopher’s daughter, a feminist, and registered nurse who became the University of Michigan’s longest-serving and most revered dean of women, the administration’s highest-ranking woman when U-M was still run all but entirely by men.

Born in 1893, Alice Crocker Lloyd grew up in a Greek Revival house at Washtenaw Avenue and Cambridge when that corner was near the outskirts of town. Her father, Alfred Henry Lloyd, a Harvard PhD, was a rising instructor in philosophy who would become professor and dean of the Graduate School, then interim president of the University.

With her brother, Frederick, who was a year older, she went to Ann Arbor High School (the building at State and Huron that would become the Frieze Building) and rode the city’s street cars down to Main, where, she would recall many years later, “one of the affable motormen would occasionally stop for a few minutes while you did an errand.”

For two years after high school, Lloyd attended the exclusive Milton Academy near Boston. Next came four years at Michigan—she made Phi Beta Kappa—and two years of training as a registered nurse in New York. (Her brother, gassed and shell-shocked in World War I, would spend the rest of his life in the veterans’ hospital at Battle Creek.)

Returning to Michigan, Lloyd traded nursing for a job as probation officer in Detroit. In 1926 she came back to Ann Arbor as one of four official “advisors to women,” and in 1930 she was named dean.

She was beautiful in the way that used to be termed “handsome,” with striking, wide-set eyes. Remaining single, “Miss Lloyd” soon was held in some awe for her inexhaustible devotion both to her work and the ideal of equal education for women. To students she was a blend of advocate, friend, and moral compass. She thought the lives of her charges were overcrowded with parties, dances, and romantic drama, and she often cited the example of Michigan’s pioneering “co-eds” of the 1870s.

“The early women students were here because they were fundamentally interested in obtaining an education,” Lloyd told students of the mid-1930s. “Now it is the social thing to come to college, and though we still have a serious group who are well adjusted to the idea of their purpose in being here, there are large numbers who are, shall we say, socially inclined and not only light-hearted but light-minded.”

At the same time, Lloyd did not expect academic stardom from every student. “It is not given to many of us to become great philosophers or scientists,” she said. “There are only a few geniuses. But to make friends and establish a fine human understanding is a worthwhile aim for all of us.”

Lloyd counseled countless women students in private and addressed many more in groups. In the (silent) footage below, shot in 1938 to encourage women to enroll at the University of Michigan, we get an idea of how indispensable “Miss Lloyd” was to her female charges, many of whom looked to her for help when faced with life-changing decisions. (Of particular note: The woman in this clip is studying science and using a microscope.)

Lloyd’s speeches (preserved in her papers at U-M’s Bentley Historical Library) offer a glimpse of campus life when the University acted in loco parentis—”in the place of parents.” She was perfectly comfortable in the role of moralist—an impressive, concerned aunt who did not hesitate to tell her charges to wise up and get serious. There is little in her advice that today seems anything less than wise.

“I don’t want anyone to make a tragedy out of the sorority situation. The rushing business if very artificial … and it is nothing against you if you do not get a bid. I believe you are here to get an education. The most important thing in your college conduct is that purpose in being here as the foundation of all that you do.”

“We may well ask why an educational institution sponsors Senior Operas and Junior Girls’ Plays and Frolics and Hops and Proms and Tea Dances, Sophomore Cabarets and Freshman Pageants, Pan-Hellenic Balls, Comedy Clubs, and the innumerable other activities which we now take for granted as a necessary part of student life. One of the older members of the faculty described the situation rather vividly when he said in a discouraged moment that most of the students, so-called, were so taken up with the side shows that they forgot all about the show in the big tent. It all boils down … to lack of interest in education for its own sake. We have not the interest that the pioneer women had.”

“A few years ago Michigan had the reputation of being one of the dressiest colleges in the Middle West. Some of us were rather ashamed of that reputation. It is exceedingly bad taste to be over-dressed. We used to be too fussy, now we’re getting almost too careless.”

“Your relation to men should be a friendly one, not one in which you make impossible demands on each other. Don’t waste each other’s time. You can keep each other in an emotional ferment, but neither of you will have a good time if you do, or get much out of your college life.”

On drinking and sex

“Don’t let anyone tell you you’re a poor sport if you don’t accept a drink. Don’t go with an escort who can’t be a gentleman … Don’t ever stoop to do anything of which you will be ashamed.”

More than a dean 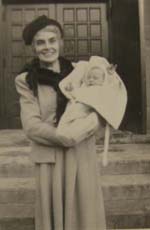 Lloyd began as dean just as the Michigan League was being completed, and she presided over the League when it was home to most of the University’s women’s organizations. She oversaw the early years of the first big women’s residence halls—Mosher-Jordan and Stockwell—and she helped to plan the new residence hall that would be named for Miss Lloyd herself.

In 1950, after 20 years as dean, she died suddenly at the age of only 56 after what the Regents called “a supremely useful and exemplary life.”

“More than a dean,” said a student, “she has been a friend to every Michigan woman, and an inspiration.”

The new residence hall on the hill, then the largest on campus, was named Alice Crocker Lloyd Hall and dedicated on Dec. 3, 1950. The building underwent extensive renovation most recently and was reopened to residents in August 2012.