The Burton Tower that never was

Soon after Marion LeRoy Burton became president of the University in 1920, he began to talk about building a great bell tower at the northern edge of the campus. He imagined it variously as a memorial to the Michigan students who had died in the Great War and as a symbol of the idealism of university life. In his formal proposal he wrote: “All the loyalty and aspiration of fifty thousand and more alumni . . . should come to expression in this memorial.”

Burton suffered a severe heart attack in the fall of 1924. Confined to his bed, he kept a small sketch of the beautiful campanile of the University of California at Berkeley nearby, and he told friends he hoped Michigan would soon build a tower like it. 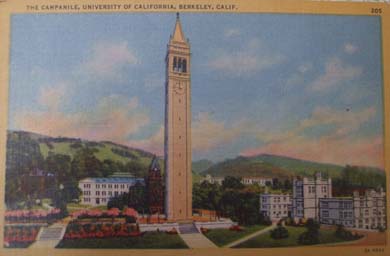 Burton was a great favorite among the students, and when he died in early in 1925, they took up his dream of a bell tower as a memorial to the man himself. 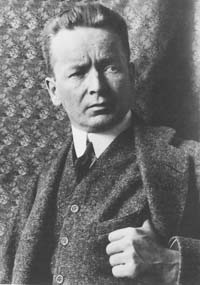 Saarinen, then in his early 50s, had just begun the American phase of an already celebrated career. He was one of Europe’s leading architects and the designer of city plans for Helsinki and Budapest. In the early ’20s, he entered a competition to design a new office tower for the Chicago Tribune. His spectacular conception came in second, but it drew so much praise that he moved his family to the U.S. Settling in Evanston, Ill., he began designs for the Chicago lakefront and accepted an invitation from Emil Lorch, chairman of architecture at U-M, to teach part-time in Ann Arbor.

At the invitation of U-M’s Student Council, Saarinen drew a soaring, slim conception of President Burton’s tower. In its proportions, it resembled the campanile at Berkeley and Giotto’s Campanile, one of the landmarks of Florence. 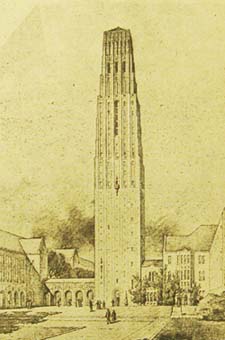 But its style was Saarinen’s distinctive Scandinavian version of art nouveau. The Michigan Daily’s editors said the Finn had “translated the marks of President Burton, as they impressed him, into architectural lines.” Professor Alfred Lloyd, U-M’s acting president, hung the design in his office.

Saarinen’s rendering placed the tower on the site Burton himself apparently had imagined—at the north end of U-M’s new Mall, the long, grassy rectangle running from the General Library (now the north wing of the Hatcher Graduate Library) to Huron Street. Here it would stand as a sort of true-north focal point of the campus, drawing the attention of anyone standing on the Diag due north and skyward.

Others pictured the tower closer to the Diag, on North University on the western edge of the Mall, just to the east and south of Hill Auditorium.

Professor Earl Moore, dean of the School of Music, was an especially ardent advocate of the carillon bells, which such a tower would house. His praise of carillon music at England’s Oxford University helped to overcome nostalgia for the chimes that had rung for many years from the clock tower of the old Library Building, demolished in 1917. “Our own chimes mean something,” Moore wrote, “but a beautiful campanile and a majestic carillon would . . . come to be a unique experience in the lives of our students.”

Whatever site might be chosen, students embraced Saarinen’s design. They placed it on the front of a brochure to publicize the drive to raise funds for the tower. The editors of the 1927 Michiganensian even put the design on the yearbook’s cover.

At first, students hoped to raise all the funds themselves, as a joint gift of all the classes on campus during Burton’s presidency. But when the cost of Saarinen’s design was put at $200,000 or more, that plan was seen as too ambitious. The students scaled back to raising money just for the bells, and the Alumni Association took over fundraising for the tower on a 10-year plan.

Like many efforts to raise a lot of money for a project that was much admired but not especially urgent, this one failed to make speedy progress. Then, in 1929, the stock market crashed, the Great Depression began, and charitable giving fell into a trough across the country. Saarinen’s drawing was filed away, and for years, the University struggled simply to pay for essentials.

In the mid-1930s, Charles Baird, U-M’s first athletic director and a great lover of music, announced his intent to donate a carillon to the University, and the Alumni Association revived the plan for a tower to house it.

But Saarinen’s design remained in storage. Instead, the Regents asked for drawings from the Detroiter Albert Kahn, designer of Angell Hall, Hill Auditorium, the Clements Library, and several other major buildings on campus. Kahn soon produced a plan, declaring that “in its exterior treatment no particular precedent has been followed.” But as Nancy Bartlett, historian of U-M’s architecture program, has written, the new tower “might be interpreted as a stunted version of Saarinen’s.” It is all but impossible not to see the tall ghost of the Finn’s idea looming over Kahn’s version.

At long last, a site was to be chosen. But the spot due north of the Diag was already spoken for. It had been assigned to the new Rackham School of Graduate Studies. A new building for the School of Music was planned for the spot directly north of Hill Auditorium. So the new Burton Memorial Tower was built just north and east of Hill. As a building that would house not only a gigantic musical instrument—the Baird Carillon—but also classrooms for music students, it was envisioned as the central structure in a three-building complex for the study and performance of music.

But once again plans changed. The School of Music made its home on North Campus, where—in a pleasant coincidence—it took up quarters in a stunning building designed for it by Eero Saarinen, the son of Eliel Saarinen. So the Burton Tower stands just a little off center, a landmark associated with the Diag’s northwestern vista, rather than due north.

The elder Saarinen had long since been named the founding designer of the Cranbrook complex in Bloomfield Hills, Mich. He died in 1950.

Sources include Nancy Bartlett, More Than a Handsome Box: Education in Architecture at the University of Michigan, 1876-1986 (1995), the Michigan Alumnus, and the Michigan Daily.