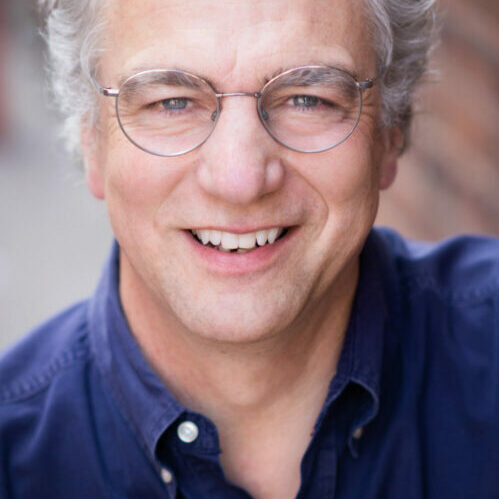 The role he must play was a paradox. Normally the actor puts on a mask and becomes someone else. FDR’s role now was to play the man he actually was—a strong man capable of leadership in the highest seats of power. He must persuade the audience to discard its ancient, inherited belief about a man who was crippled. He must persuade them that a crippled man could be strong.
—James Tobin, The Man He Became, How FDR Defied Polio to Win the Presidency (Simon & Schuster, 2013)

He offers what he calls a “half medical thriller and half political thriller” about President Franklin D. Roosevelt’s heroic faceoff with polio in his book about this iconic leader’s earlier years.

In his children’s book, Tobin and the illustrator, award-winning cartoonist Dave Coverly, entice children into the wonderland of learning new words.

“It’s a weird coincidence that these totally different books are coming out in the same publishing season,” Tobin says. “But it’s made me confront the fact that as a writer I seem to have a dual personality—one who’s a serious adult and the other who still thinks like a kid.”

Of course, the larger of the two works is the FDR biography, and it was no small consideration when Tobin began the project a few years ago. He already had written critically acclaimed historical books about the famous World War II-era columnist Ernie Pyle, and the Wright Brothers. Both were daunting to pull off.

But the FDR work posed its own unique challenges. First, Tobin says, there now have been more books written about FDR than about Abraham Lincoln. So the first hurdle was to write what no one else had. The result is a riveting tale of FDR’s battle against polio—a story that ends as he walks, literally and figuratively, onto the presidential stage. So this is a narrow-focus kind of biography rather than the birth-to-death approach.

“I thought (author) David McCullough made a smart decision when he focused on Theodore Roosevelt’s childhood asthma in Mornings on Horseback,” Tobin says. “I wondered if anybody had written a really good narrative about FDR and polio. I read what had been done and thought there was an opening there. Little did I know how hard it would turn out to be.”

“A dozen needles in a hundred haystacks”

Tobin, associate professor of journalism at Miami University in Oxford, Ohio, might have felt a bit handicapped himself as he tried to research a disease that was a mystery, and a curse, when FDR faced it. 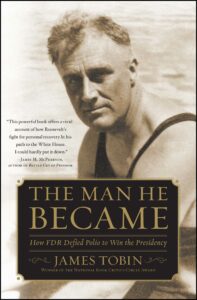 Ironically, Tobin says, “so much was discovered about polio after FDR became president—largely because of the foundation he started—that it was hard to reconstruct just how little was known about it at the time he got sick [in 1921]. So I read whatever I could find in the medical literature of that period. Of course the discoveries that came later, from the 1930s to the ’50s, provided a lot of essential details. But I had to bear in mind that FDR’s doctors couldn’t know those things in the early 1920s.”

Complicating that was getting any real insight into how FDR, as a young adult and rising political star, felt as he confronted what all assumed was a career-ender. People just didn’t talk about disease or dysfunction back then—even less so in high society, blueblood families like the Roosevelts.

“That was the hardest part of the research,” Tobin says. “Getting a sense of how FDR felt about his condition was like looking for a dozen needles in a hundred haystacks. He discussed it in passing now and then—enough to connect some dots. But it wasn’t enough, so I tried to supplement it with memoirs by other people who had polio. With those, I was able to add some educated speculation about what was going through FDR’s mind.”

The needle-in-a-hundred-haystacks part of the research was something U-M definitely helped prepare him for, he says. “My training with Sidney Fine in the History Department taught me how to do thorough archival research,” Tobin says. “That’s the foundation for this kind of work. You have to keep opening boxes and turning pages.”

Turning pages certainly is what readers will be doing, according to early reviews. Publishers Weekly gave the book its coveted “starred” review, stating Tobin “takes a risk” in telling the “largely unexplored angle” of Roosevelt’s polio, and “does so with a compassionate view. To keep the book from becoming a maudlin sympathy tale, Tobin considers some obvious but important questions: How did Roosevelt overcome his ‘handicap’ to become president? Would he have become president had he not contracted polio? What effect did his affliction have on him personally? How did his accomplishments affect the perception of handicapped persons generally? … Tobin’s balanced and detailed approach offers a well-rounded look … [and] makes for fascinating reading.”

For the record, Tobin concludes that polio made the man, not the other way around. “The conventional wisdom is that FDR became president in spite of polio,” he writes in the book’s epilogue. “I think the evidence suggests an alternative truth—that he became president because of polio.” 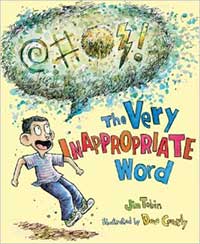 Exactly how Tobin hop-scotches from presidential-polio thrillers to children’s word safaris—his second children’s book, no less—is another tale. Tobin says his own love of reading picture books as a child laid the groundwork.

“Picture books are the first place where kids discover there’s a secret world in reading—and I got the idea that I’d like to take part in that process as a writer. But it wasn’t until I met a great artist with the same ambition, Dave Coverly, that I thought I might actually get to try it.”