Learning the smell of fear 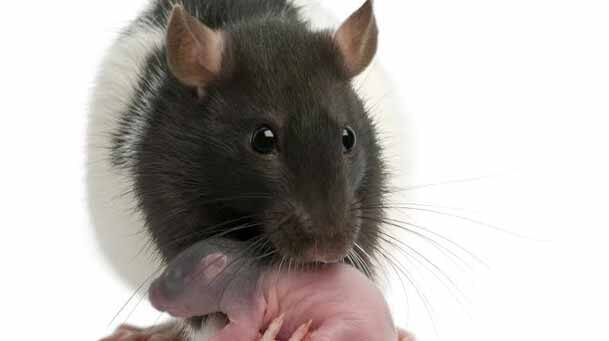 When U-M psychiatrist and neuroscientist Jacek Debiec, MD/PhD, worked with the grown children of Holocaust survivors in Poland, he was fascinated to discover they experienced nightmares, avoidance instincts, and even flashbacks related to traumatic experiences they never had themselves. While the survivors’ children would have learned about the Holocaust from their parents, this deeply ingrained fear indicated something more was at work in the population.

Debiec, who hails from Poland himself, went on to lead a study that suggests babies can learn what to fear in the first days of life just by smelling the odor of their distressed mothers. And not just “natural” fears: If a mother experienced something before pregnancy that made her fear something specific, her baby will quickly learn to fear it too — through the odor she gives off when she feels fear.

In the first direct observation of this kind of fear transmission, Debiec and a team from the University of Michigan Medical School and New York University studied mother rats who had learned to fear the smell of peppermint – and showed how they “taught” this fear to their babies in their first days of life through their alarm odor released during distress.

In a new paper in the Proceedings of the National Academy of Sciences, the team reports how they pinpointed the specific area of the brain where this fear transmission takes root in the earliest days of life.

Their findings in animals may help explain a phenomenon that has puzzled mental health experts for generations: how a mother’s traumatic experience can affect her children in profound ways, even when it happened long before they were born.

The researchers also hope their work will lead to better understanding of why not all children of traumatized mothers, or of mothers with major phobias, other anxiety disorders, or major depression, experience the same effects.

“During the early days of an infant rat’s life, they are immune to learning information about environmental dangers. But if their mother is the source of threat information, we have shown they can learn from her and produce lasting memories,” says Debiec.

“Our research demonstrates that infants can learn from maternal expression of fear, very early in life,” he continues. “Before they can even make their own experiences, they basically acquire their mothers’ experiences. Most importantly, these maternally transmitted memories are long-lived, whereas other types of infant learning, if not repeated, rapidly perish.”

Peering inside the fearful brain

Debiec, who treats children and mothers with anxiety and other conditions in the U-M Department of Psychiatry, notes the research on rats allows scientists to see what’s going on inside the brain during fear transmission, in ways they could never do in humans.

He began the research during his fellowship at NYU with Regina Marie Sullivan, PhD, senior author of the new paper, and continues it in his new lab at U-M’s Molecular and Behavioral Neuroscience Institute.

Infants can learn from maternal expression of fear, very early in life, according to the new study.
The researchers taught female rats to fear the smell of peppermint by exposing them to mild, unpleasant electric shocks while they smelled the scent, before they were pregnant. After the rats gave birth, the team exposed the mothers to just the minty smell, without the shocks, to provoke the fear response. They also used a comparison group of female rats that didn’t fear peppermint.

They exposed the pups of both groups of mothers to the peppermint smell, under many different conditions with and without their mothers present.

Using special brain imaging, and studies of genetic activity in individual brain cells and cortisol in the blood, the researchers zeroed in on a brain structure called the lateral amygdala as the key location for learning fears. During later life, this area is key to detecting and planning response to threats – so it makes sense that it would also be the hub for learning new fears.

But the fact that these fears could be learned in a way that lasted, during a time when the baby rat’s ability to learn any fears directly was naturally suppressed, is what makes the new findings so interesting, says Debiec.

The team also showed that the newborns could learn their mothers’ fears even when the mothers weren’t present. Just the piped-in scent of their mother reacting to the peppermint odor she feared was enough to make them fear the same thing.

Even when just the odor of the frightened mother was piped in to a chamber where baby rats were exposed to peppermint smell, the babies developed a fear of the same smell, and their blood cortisol levels rose when they smelled it.

And when the researchers gave the baby rats a substance that blocked activity in the amygdala, they failed to learn the fear of peppermint smell from their mothers. This suggests, Debiec says, that there may be ways to intervene to prevent children from learning irrational or harmful fear responses from their mothers, or reduce their impact.

From animals to humans: next steps

The new research builds on what scientists have learned over time about the fear circuitry in the brain, and what can go wrong with it. That work has helped psychiatrists develop new treatments for human patients with phobias and other anxiety disorders – for instance, exposure therapy that helps them overcome fears by gradually confronting the thing or experience that causes their fear.

In much the same way, Debiec hopes that exploring the roots of fear in infancy, and how maternal trauma can affect subsequent generations, could help human patients. While it’s too soon to know if the same odor-based effect happens between human mothers and babies, the role of a mother’s scent in calming human babies has been shown.

Going forward, Debiec hopes to work with U-M researchers to observe human infants and their mothers — including U-M psychiatrist Maria Muzik, MD, and psychologist Kate Rosenblum, PhD, who run a Women and Infants Mental Health clinic and research program and also work with military families. The program is seeking women and their children to take part in a range of studies; those interested in learning more can call the U-M Mental Health Research Line at (734) 232-0255.

The research was supported by the National Institutes of Health (DC009910, MH091451), and by a NARSAD Young Investigator Award from the Brain and Behavior Research Foundation, and University of Michigan funds. Reference: www.pnas.org/cgi/doi/10.1073/pnas.1316740111

This story is reprinted courtesy of the University of Michigan Health System. 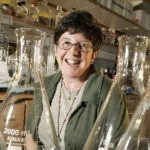 KARA GAVIN is a science/medical writer, media relations officer and communications adviser in the public relations and marketing communications department of the U-M Health System. She stepped back into this role in March 2012 after several years as PR director. Gavin also a founding member, executive committee member, and French horn player with the U-M Life Sciences Orchestra. Follow her on Twitter: @karag.
Social
Share on: Share on Twitter Share on Facebook