Who do you love? 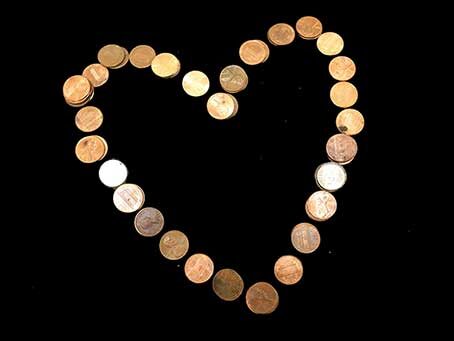 We’ve all heard the adage, “A penny saved is a penny earned.”

But how about this one? “A penny saved is a partner earned.”

Recent research from the Ross School of Business shows people looking for love are more attracted to potential mates who are savers rather than spenders. 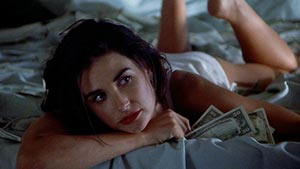 The short-term lure of the spender got the best of Demi Moore’s character in the Paramount Pictures film “Indecent Proposal” (1993).

Surprisingly though, it’s not just a big stack of money that draws us in, says Scott Rick, assistant professor of marketing at Ross and co-author of the study, “A Penny Saved is a Partner Earned: The Romantic Appeal of Savers.”

“Saving seems to be a positive signal,” says Rick, “because it comes with the perception that you’re high in self-control. And perceived self-control increases savers’ romantic appeal.”

As a rule, most of us prefer a romantic partner who takes care of themselves, who won’t cheat on us, and who will keep their promises, Rick says – all qualities ascribed to a saver.

“Above and beyond the financial benefits, it’s the interpersonal benefits that seem to be the more important thing,” Rick says.

And it’s “a thing” we can recognize in others, quickly and without much information, according to the research.

Are you reading the book? Or just glancing at the cover?

In a series of experiments, Rick and co-author Jenny Olson, a doctoral candidate in marketing, were able to demonstrate that spending habits are detectable and predictive of both romantic and physical attraction.

In fact study participants were able to identify savers and spenders, simply by glancing at them across a room. Most of these snap judgments were based on “consumption cues” – clothing and accessories – that tend to convey information about another’s spending habits. (One could argue that our ability to detect savers and spenders should be even stronger outside the lab, when we have access to even more cues, like laptops, cars, etc., Rick says.)

When viewing the online dating profile of a prospective mate, respondents rated savers’ headshots as “physically hotter” than spenders’. And, in a face-to-face dating game simulation both men and women selected the saver as the person they’d prefer to date. 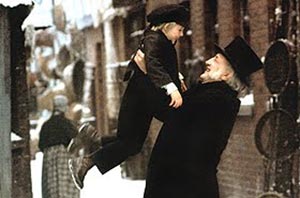 Some people, like Charles Dickens’ character Ebenezer Scrooge, may just enjoy saving — for a while, at least. (This image comes from a 1984 production of “A Christmas Carol,” starring George C. Scott.)

So savers clearly have the robust edge when it comes to attracting a romantic partner, Rick says. But savers may be getting more romantic cred than they deserve. After all, the perception that savers are more appealing because they demonstrate self-control is just that: a perception.

“Both men and women make this inference about self-control as a trait of the saver, and I don’t know if it’s right,” Rick says. “I don’t know if savers really do take better care of themselves, are more likely to show up to meetings on time, and treat others better in a relationship.”

Some people may just enjoy saving.

Despite their apparent edge, savers are not universally appealing, the researchers found.

“Some people really may be more attuned to the flashy stuff,” Rick says.

And self-control is a trait that favors prudence over fun. So while savers may be seen as “physically hotter,” they also are perceived as “much less exciting.”

In certain scenarios – think “non-serious romantic fling” for argument’s sake – the preference for savers over spenders is eliminated.

Just take a look at the dating site Tinder. It’s not uncommon to see images of people’s bank statements as part of their online profile.

“Spenders might be a little more open, fun, and willing to try things,” Rick says. “So depending on who you are, or what situation you’re in, you may actually choose the spender, despite their ‘shortcomings.'”

Open the book … and read

What does all this mean for people seeking long-term love?

A spender might be viewed as more “exciting” and more likely to show their date a good time in the early stages of courtship. But to the extent that financial comfort and relationship stability are desirable in a romantic relationship, daters of both genders ultimately prefer savers over spenders, even if it means sacrificing a little excitement.

The best option in seeking to attract a mate, says Rick, is to find some middle ground.

“If you want to attract someone, it may be best to present yourself as a saver,” Rick says. “And your one-time indulgence is spending very nicely on a date. In other words:  ‘I don’t do this all the time, but it’s special when I’m with you, so I’ll spend tonight.'”

Most people are looking for a good, fun partner who will be nice to them, Rick says.

“And, in the end, that requires actually getting to know someone.”