Let's toast to that 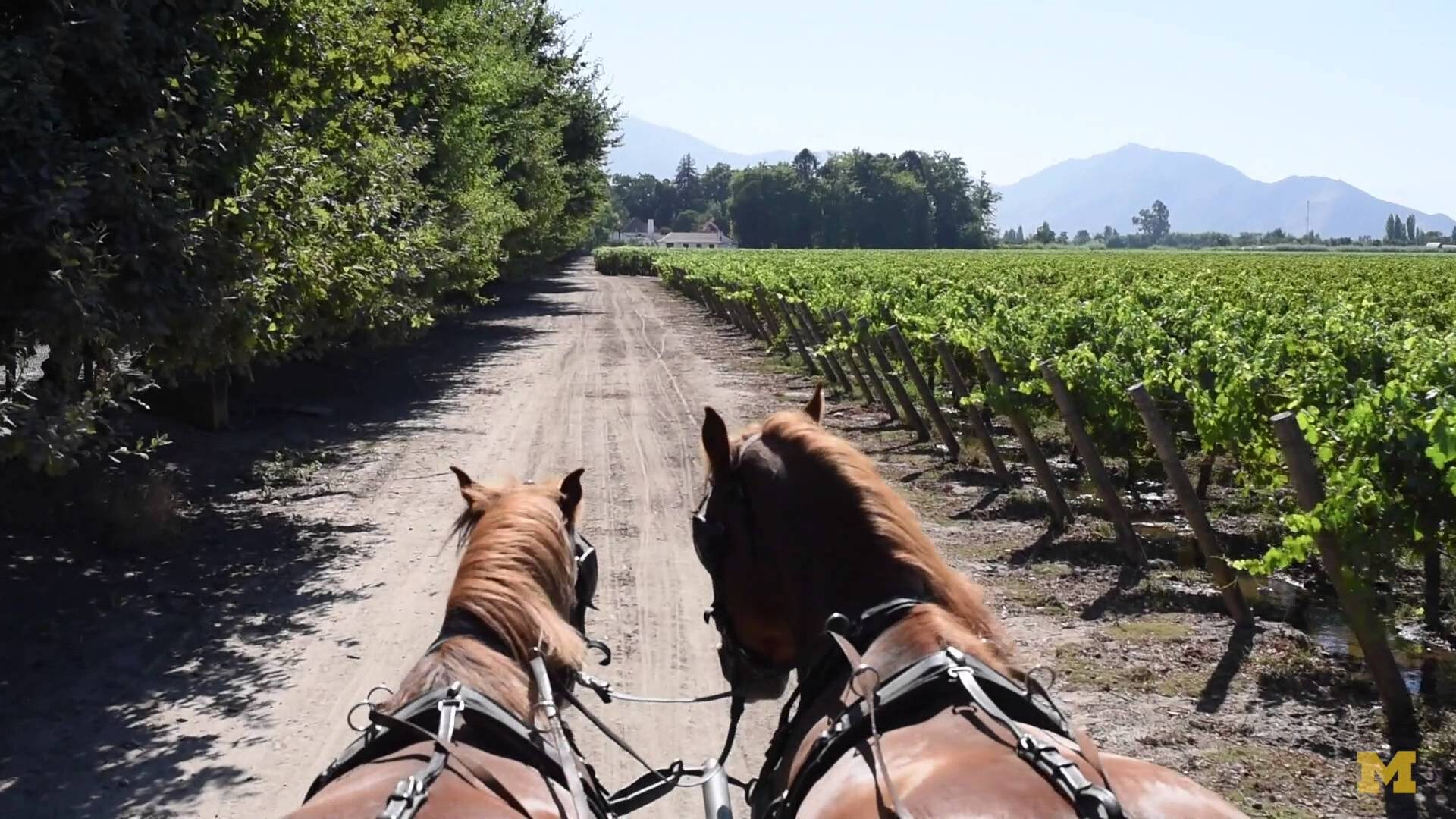 Studying the science and business of wine 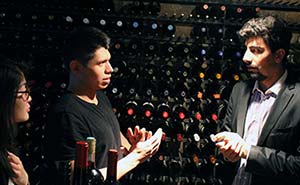 On their first evening in Chile, a team of students from Michigan dined in the historic district of Santiago, outlining their plans for spring break. Wine was top of mind.

But it’s not what you think. They were there on business – actually the Ross School of Business – and had a big task ahead of them.

Between bites of empanadas, fried potatoes in spicy tomato sauce, and other local specialties, the students brainstormed ways to build brand awareness in the U.S. for some of Chile’s family-owned vineyards. They also hoped to drive tourist traffic to the country’s wineries.

The restaurant’s sommelier heard about their project. He was so intrigued that he invited them down to the wine cellar after his shift. Soon the students were immersed in an impromptu master class on wine, proving that sometimes the most valuable lessons are learned far from the classroom.

“He answered questions for more than a half hour, even though he was done for the day,” said Ryan Cesiel, a junior in business administration. “I have traveled to many places and never experienced such a welcoming culture.” 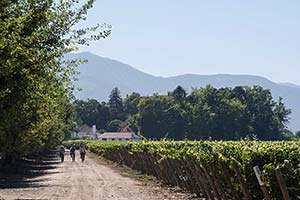 The U-M students – 21 in all – began their research in Santiago, where industry experts briefed them about marketing campaigns to improve the image of Chilean wine. Next, they headed to one of the country’s main wine-growing regions, the Colchagua Valley, about 100 miles south of the capital, where they split into small groups to work with different family-owned vineyards.

Chile is an interesting case study for the students. The country — a long ribbon of land down South America’s western Pacific coast — was once one of the region’s poorest nations and ruled by a brutal dictatorship.

Now, Chile has a vibrant democracy and a prosperous economy. Its wine industry is the world’s No. 4 top exporter by volume. But the problem is that the product is often perceived to be plonk — cheap and of low quality. The U-M students learned that Chile does indeed produce some of the world’s best wine.

“By choosing family wineries, we learned a lot about the culture and values of Chile,” said Michael Metzger, visiting assistant professor of marketing, who is teaching the course at the Ross School. “Each team has learned different things because they had different companies to work with, different families that have different cultures. It’s just been an amazing experience.”

From the ground up 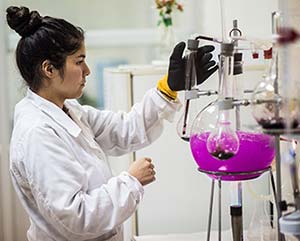 The Colchagua Valley in central Chile is sandwiched between the Pacific to the west and the Andes to the east. Rivers and streams carry minerals from the mountains that enrich the soil. From the Pacific, fingers of fog climb up the mountain range, creating a cool climate conducive to growing grapes for white wines.

One of the small wineries the students visited was Viu Manent near the city of Santa Cruz. Rows of lush green grape vines stretched out to the base of the Andes. Riding a horse carriage, students checked out the vineyards before touring the winery’s traditional white stucco buildings topped by red tile roofs. Inside were offices, showrooms, and laboratories where technicians in white coats tested wine in beakers and other glassware.

Workers had already harvested most the grapes, crushed them, and stored the juice in huge stainless steel tanks to ferment. Later, the juice would be transferred to oak barrels for aging that could last up to 23 months.

At Viu Manent, the students learned about how soil or “terroir” plays a crucial role in making superb wines. The winery has developed sophisticated technology to measure soil moisture, chlorophyll levels, and electrical conductivity.

“If you know the soil, you understand the wine,” winemaker Patricio Celedon told the group.

Vineyards in the Colchagua Valley grow grapes for merlot, cabernet sauvignon, and other popular varieties. But Chile’s signature wine is carmenere, which arrived in the country from France in the 1800s. The variety was nearly destroyed in Europe by insects and was only rediscovered in Chile in 1994.

Carmenere is sensitive to temperature and gained a poor reputation during the early years of production when winemakers were still fine-tuning the harvesting and wine-making process.

“I found the story of carmenere to parallel Chile’s current struggle to shed its image as a cheap-value wine producer,” said Lily Cheng, a senior in engineering. “As both the quality of carmenere and Chilean wines in general increase, they are both working to reinvent the public perception.” 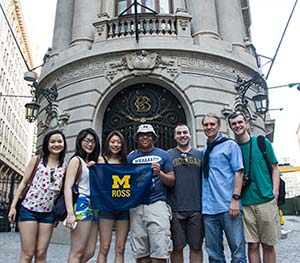 The students were continually impressed by the hospitality they experienced in Chile, even dining with some of the wine executives and families that owned the vineyards.

Chris Curtis, a senior in business management, took cues from how some of the wineries engaged with their customers. When Viu Manent sent him a text message thanking him for the visit, he started thinking about a strategy to expand personalization, customer care, and individual attention.

“It makes you appreciate the product more,” he said.

Having students from different fields of study in the group generated a variety of perspectives that will lead to better strategies for the wineries, said Daniel Dobras, a senior majoring in business administration.

“I’m really into marketing and sales, so a lot of what we were talking about with the wineries and how they’re working to grow their business is in that form,” he said. “But there are some students who are really interested in finance, and they are really looking at the investment side of things. And the engineering and computer science people are looking at technology the companies have been using.”

As he got ready to fly back to Ann Arbor, Jacob Gordon, a junior majoring in business administration and Spanish, was already planning a marketing strategy. He said he usually spends spring break in Florida, vacationing, and was glad he opted for an alternative this year.

“Coming to South America with a group of great people and learning about an emerging economy while having an unbelievable time,” he said, “was definitely the best experience I’ve had at Michigan so far.”