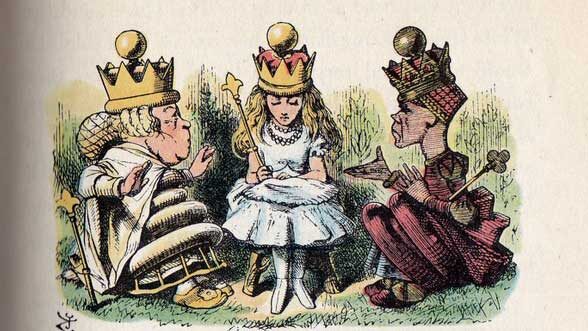 “It’s a poor sort of memory that only works backwards” 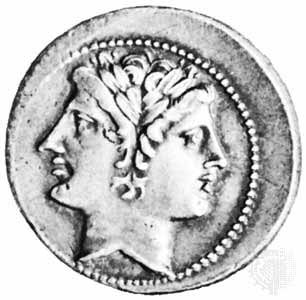 Janus is the two-faced god, the one who looks forward and back. Originally Roman, he presides over beginnings, endings, and therefore transition: gates, doors, doorways, passages. The deity’s domain includes both war and peace. In times of war, his temple gates stood open; in the rare times of peace, they stayed shut.

But mostly we now picture him as January’s tutelary presence: one face regarding the past, the other confronting the future. With visages fused at the neck’s nape, this god surveys what went before and envisions what’s to come. Two time-frames are conjoined.

A secondary and less literal meaning has to do with metaphoric “two-facedness.” In Act I, Scene 2 of Shakespeare’s Othello, Iago — that arch-villain and model of hypocrisy — says, “By Janus, I think not.”

It may in fact be (according to ancient Roman farmers’ almanacs) that Juno, not Janus, presided over the year’s calendrical shift, in which case it is she who marks decay and growth. And though the heads of most houses of fashion are male, their catwalk models remain predominantly female, so Juno may take pride of place in the showroom season. Year in year out; year after yearwe watch the quasi-deified and much-worshipped arbiters of design look equally forward and back. The goddess Juno, a.k.a. Janus, both remembers and predicts.

“Of shoes and ships and sealing wax”

In August the Metropolitan Museum of Art in New York completed its blockbuster exhibition called “China: Through the Looking Glass.” With more than 140 examples of haute couture and avant-garde ready-to-wear clothing, Western high fashion has been juxtaposed with Chinese costumes, paintings, porcelain, and film.

Designers from Paul Poiret to Yves St. Laurent, from Christian Dior to Coco Chanel, have each drawn inspiration from and made a pastiche of Chinese aesthetic and cultural traditions; a gown by Alexander McQueen stands in front of an Emperor’s robe. The 18th and 21st centuries appear to fit together hand-in-glove, and they did so for three floors. The fashionable imagination, it turns out, has long been fueled by the “lure of the Orient” — and “The World of Susie Wong” or the stitching of John Galliano pay homage to that lure. In Manhattan, Paris, and, Rome the arbiters of haute couture all traffic in the shadow-play that’s “Through the Looking Glass.”

As long ago as 1818, the English essayist William Hazlitt wrote, in “On Fashion”: “It is the perpetual setting up and disowning a certain standard of taste, elegance, and refinement, which has no other foundation or authority than that it is the prevailing distinction of the moment, which was yesterday ridiculous from its being new, and tomorrow will be odious from its being common.”

Further — and this holds just as true today as was the case two centuries ago: “Fashion is an odd jumble of contradictions, of sympathies and antipathies. It exists only by its being participated among a certain number of persons, and its essence is destroyed by being communicated to a greater number.” 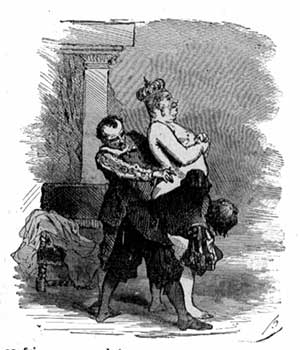 An emperor is duped.

My own chosen trade is writing; my expertise, such as it is, resides in fashioned prose. It too boasts supermodels and designers who claim the spotlight for a season — traversing Hazlitt’s interval between “yesterday” and “tomorrow.” A collection or aesthetic is the “coming thing” that soon will prove “passée.” Our terms of praise are similar for fashionistas in haute couture and literature; a gown or prose style equally may be “daring” or “provocative” or “eclectic” or “cutting edge.” And while we’re instructed that clothes make the man,we’re also told, don’t judge a book by its cover.The fortunes of publishing houses and houses of fashion rely in a similar manner on a trend-setting succes d’estimethat becomes a commercial success.

That duality, if not two-facedeness, remains intrinsic to the trade. For when the word’s a verb, not noun, “to fashion” means also “to make.” At its best the work of words and the creation of a couturier’s line both are exacting professions. I’m not talking about faddishness, where second-rank talent copies what has been marketplace-tested, producing a Hollywood sequel or the 52nd shade of gray. They are easy to parody and to dismiss, but to those who do the making, it’s  serious labor indeed. When we fashion out of cloth or air a dress or paragraph, we’re engaged in shaping form.

There are, of course, risks attached to repetition and imitative idolatry. Here “the Emperor’s new clothes” enter in, and the crowds of those applauding in the showroom look blinkered if not blind. To those of us outside the charmed circle of a runway in Milano, the women wearing this season’s statement may seem to be both literally and figuratively naked. It’s hard to take seriously what Hazlitt called the “odd jumble of contradictions, of sympathies and antipathies” or to understand that fortunes rise and fall on the length of a hemline. The vagaries of fashion are, to most, inscrutable as well as out of reach in terms of price. Why a star or starlet on the red carpet wears a borrowed dress that’s white one year and black the next has more to do with commerce than with taste.

“Everything’s got a moral; if only one can find it” 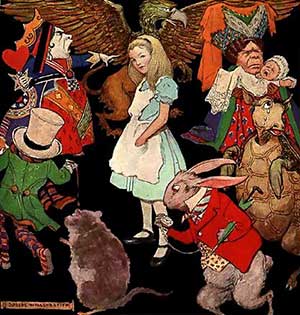 What I want to suggest, therefore, is that progress and regress are intertwined; the dance we dance consists of two steps forward, one step back.

Another major show that just closed in Manhattan paid homage — 150 years later — to the work of author Lewis Carroll. The doubled gaze required to travel through the looking glass was that author’s private vision in 1865; to go to the Morgan Library and see the show memorializing Alice’s Adventures in Wonderlandwas to wander through a time-warp where the old becomes once again young.

That book’s provisional titles include, “Alice’s Adventures Under Ground,” “Alice’s Doings in Wonderland,” and “Alice’s Hour in Elf-Land.” The inevitable-seeming final choice has an authority in retrospect it did not have in prospect; Dodgson, the Oxford don who would become Lewis Carroll, had no least idea while writing it that his “curiouser and curiouser” manuscript would spawn industries today.