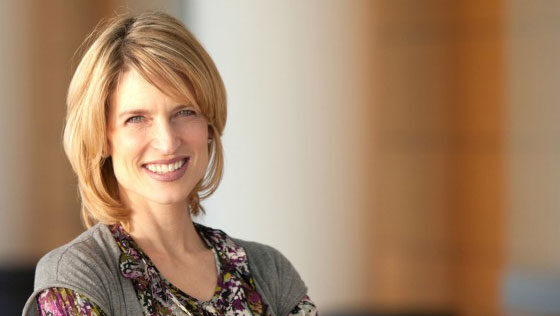 How “sticky” is your resolution?

January is nearly over, and though she is not a soothsayer, fitness expert and psychologist Michelle Segar has a prediction: Many well-meaning people who kicked off 2016 with a bold New Year’s resolution – especially one regarding weight loss – will soon abandon their plans. 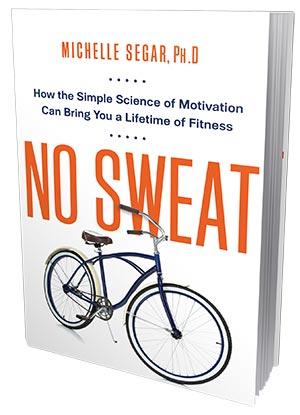 “But I don’t believe it’s their fault,” says Segar, PhD, ’06, a motivation and behavioral sustainability scientist at U-M. She is director of the University’s Sport, Health, and Activity Research and Policy Center.

“We have been educated and socialized in a culture that tells us, ‘Exercise because you’re overweight,’ and, ‘Exercise has to be uncomfortable to be worth doing,’” she says. “Those are not effective and persuasive ways to motivate people to sustain physically active lives, especially enjoyable ones.”

In 2015 Segar released the book No Sweat: How the Simple Science of Motivation Can Bring You a Lifetime of Fitness (American Management Association). In November the title was named the No. 1 book in the diet/exercise category in the 2015 USA Best Book Awards.

In No Sweat, Segar draws on more than 20 years of research and practice to show readers that “exercise” is the problem, not us.

Consider the irony that physical movement – running around and playing with our friends – used to reflect and embed fun in our lives. Somewhere along the line, however, the meaning of exercise changed from a joyful leisure activity into a punishing vehicle for weight loss. As a result, it’s now a self-defeating chore that translates into something negative about ourselves.

To make matters worse, when we use physical activity for weight loss, we often gravitate toward high-impact, vigorous activity that burns the most calories.

So what’s wrong with that?

“Research shows, in general, when we exercise at higher intensities, when we have to breathe hard and sweat, it leads to a decrease in pleasure and an increase in displeasure,” Segar says. “If something feels bad and makes you feel worse than you already do, most people don’t have the energy or will to push through that once their initial burst of motivation fades.”

“I am interested in helping health care professionals and health care systems create new practices, protocols, and apps using the science of how and why people make decisions.”
Segar says there’s high hope for people trapped in that vicious cycle of “failure,” even if it’s a cycle that has repeated itself New Year after New Year after New Year. In No Sweat, she guides readers to lasting motivation using the step-by-step program she developed and uses with clients called MAPS: Meaning, Awareness, Permission, and Strategy.

First, we all have an underlying meaning for exercise, whether we know it or not, that determines whether we desire or dread exercise. So it’s important to identify whether our meaning of exercise feels like a chore or a gift. Our meaning of exercise is determined by the primary reason, or why, we decided to start in the first place, Segar says. In other words, are we exercising to impact the scale, or to improve our daily well-being?

“The answer to this question has powerful downstream influences on whether people stay motivated or drop out,” she says.

Segar cites one research study in which scientists asked a group of participants to walk “for exercise” while another group was instructed to walk “strictly for fun.” The “exercise” group reported an unhappy state when they returned, and ate worse foods than their “fun” counterparts.

“It’s the same activity, but the ‘why’ can either energize or deplete us when we do it,” Segar says. “That said, turning this situation around is much easier than you think.”

It begins with developing awareness about our own beliefs and decision-making process, Segar says.

“In general, on a daily basis, people make decisions out of emotion instead of logic, especially when it comes to healthy behaviors and fitness,” she says. “So we should ask ourselves: ‘Do I really want to keep doing what I’m doing if that’s not giving me what I want?’”

Research shows that people of all ages are much more motivated to stay physically active if they seek out experiences that make them feel good and bring immediate well-being. So pursue activities that deliver vitality, connection, and enjoyment instead of focusing on the scale, Segar suggests.

By reframing our relationship to exercise and fitness — and picking activities that deliver experiences we want and need — we can change everything.

Next is giving yourself permission to prioritize your self-care, Segar says. And this is where things get a little complicated. As busy adults with family obligations, work responsibilities, and other demands on our time, it is easy to push fitness and exercise down the list of life’s “essentials.”

Segar witnessed this phenomenon during a research study early in her career in which she and kinesiology mentor Victor Katch (see Health Yourself) performed a randomized clinical trial with cancer survivors. One group of patients exercised as part of the trial; the other group did not. Segar and Katch wondered: Would depression decrease among the group that exercised? It did.

“I thought that we had really helped these participants in real life,” Segar says.

But she was wrong. During follow-up research, they discovered most of the cancer survivors had stopped exercising once the study concluded.

“It became very clear they had stopped as soon as their obligation to us ended,” Segar says. “They were adults leading very busy lives. And I thought, if people who faced death can’t prioritize self-care, then we are in trouble. So I dedicated my career to solving this problem and creating a lasting solution. No Sweat describes what I discovered during the last two decades.”

“If you are the energy center of your life, which you are, imagine how much more potential you have when you attend to your biological and physiological needs.”
People often feel they can’t dedicate 30 minutes to exercise, or even to sleep. But once people commit to such seemingly mundane shifts in their daily routine, they begin to notice how much better they feel, Segar says.

“A revitalization occurs that fuels a new perspective on the relevance of self-care, and everything shifts from there. People begin to enjoy feeling good. They ‘get it,’” she says.

The trick is to keep getting it. Strategies are critical for negotiating the countless obstacles, both literal and figurative, that threaten to derail progress: You don’t have time to get to the gym, you forgot to pack a healthy lunch, you’ve failed at this countless times before, so why bother …

Segar says, “Rather than viewing those situations as failures, consider them as data about what works and doesn’t work for you, and apply that learning to recalibrate your resolutions to better reflect the reality of your daily life.” This mindset will help you discover new ways to “institutionalize” a new behavior, like exercise, into your routine so that it can ebb and flow with rest of life, Segar says.

And don’t beat yourself up when you veer off course.

Did you hear that? The science says it’s OK to cut yourself a break. Regroup when you miss a few outings to the gym. Ditch the all-or-nothing trap. Just begin again, even if you feel your efforts are too small to make a difference. Because they’re not.

Recalibrate your resolutions: Take the No Sweat Resolutions Quiz.
After an initial rush at New Year’s, exercise clubs actually find that new members who attend the facilities just once or twice a week maintain a more consistent routine than the overly ambitious go-getters who pledged to come on most days. So Segar strongly advocates starting small and slow.

“Our lives are like whirling tornados,” she says. “If we throw something small in there at the beginning, like a feather, it can be easily integrated. But if we throw in a cow? Disaster!”

Instead of an exercise goal to create a complete, and unrealistic, transformation, remember you will only stick with exercise in the long term if it has a truly compelling, positive meaning for your daily life — and you develop specific strategies that help you navigate when circumstances throw a curve ball, Segar says.

“With the right insights, we can easily change the meaning of exercise from a chore we want to avoid into a gift that affirms who we are and fuels what matters most.”