The spy who never was 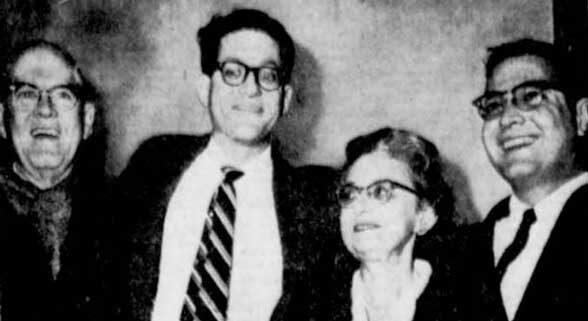 From the late summer of 1961 until early February 1962, during the height of Cold War tension between the United States and the Soviet Union, former University of Michigan professor Frederic L. Pryor’s home was a prison cell in East Berlin.

The cell was not quite 7-by-11 feet. Each day for more than four months, guards roused him at 5 a.m. and took him to an interrogation room where the East German secret police — the Stasi — questioned him in marathon sessions lasting as long as 10 hours. If Pryor didn’t admit to espionage, they said, he would never hear from his friends or family again.

It was a harrowing experience that few would want to endure. But for Pryor the worst part was that it was all a mistake. He wasn’t a spy.

“It was a wasted half year,” he says now.

Still, for several weeks in the early months of 1962 Pryor was a player on the international stage in a riveting real-life drama that would have a major impact on the subsequent course of the Cold War. Director Steven Spielberg’s 2015 critically acclaimed film, Bridge of Spies,recounts the historic exchange of captured Russian agent Rudolf Abel for downed American U-2 pilot Francis Gary Powers at the Glienicke Bridge on Feb. 10, 1962, and includes a brief portrayal of Pryor’s small but pivotal role in that event. 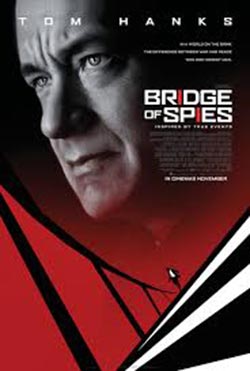 In the movie Pryor is depicted as a naïve young student who is arrested by the Stasi while trying to help a girl and her father escape to the West just as the Berlin Wall is going up.

Although the scene is well-played and powerful, it also happens to be totally false

“I enjoyed the movie,” Pryor says. “But the person with my name in the film has nothing to do with me since almost every incident they portrayed [with regard to myself] was fictional. I resent the fact that Steven Spielberg never contacted me to find out what really happened, and just made up an exciting story.”

Which seems to have been wholly unnecessary, as the true tale of the young man’s detention and release is at least as compelling as the Hollywood version.

…based on true events

In 1961 Pryor was a graduate student completing his doctoral thesis for Yale and taking classes at the Free University of West Berlin. While in Berlin he traveled many times without incident to the Soviet sector in order to interview East German economists about the conduct of foreign trade in Communist bloc countries, which was the focus of his research.

On Aug. 25, his thesis finished, the 28-year-old Pryor decided to make one last trip over the border to hear a speech by East German President Walter Ulbricht and also to say farewell to the people who had helped with his inquiries. On the way back he stopped to see the sister of one of his friends from West Berlin. Learning that she wasn’t home, he returned to his car to find it surrounded by police. Turns out his friend’s sister had fled to the West, and the East Germans believed Pryor was there to collect her abandoned belongings.

Finding a copy of the young man’s thesis on the front seat, full of charts and tables about commodity pricing in the Soviet command economy, the Stasi decided instead that they had caught themselves a bona fide spy. Pryor was whisked away to the notorious Hohenschönhausen Investigation Prison and the aforementioned cell, where he would spend the next 22 weeks.

“I wasn’t worried about being brainwashed and I didn’t think I would be tortured since whatever ‘crime’ they thought I was guilty of wasn’t very important,” Pryor says. “I accepted my situation and tried to make the best of it.”

Still, his stay in Hohenschönhausen was far from pleasant. His main memory of that time is probably the tedium. There was no recreation and he wasn’t allowed anything to read for almost three months. His cellmate wasn’t much help, being a Stasi plant. During the interminable interrogations his questioners would go over and over the same insignificant details, often for days on end.

In one instance they spent a week discussing Pryor’s library card from Yale, which unfortunately was stamped SPECIAL STUDENT — ONLY ROOM 413. The Stasi were very interested to find out why Pryor was so special, and what, exactly, was in room 413. (It was all because he had been late with his tuition and was only allowed to use the economics room — no. 413 — until he paid his bill.)

At times, sitting quietly in his cell, the lonely young man could hear faint screams coming from the room below. Hope was hard to come by in Hohenschönhausen prison. Told that he would be put on trial for espionage, Pryor imagined a televised Russian-style propaganda show and said he would rather commit suicide.

But though he didn’t know it, outside the prison walls plans were in motion that would soon result in his release.

It’s not what you know… 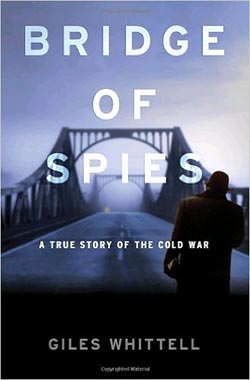 In 1960 American pilot Francis Gary Powers had been shot down and captured while flying a reconnaissance mission over the Soviet Union in a top-secret U-2 spy plane. The United States was eager to get him back before he could be made to divulge any sensitive information. The Americans in turn had arrested Russian spy Rudolf Abel in 1957, and the Soviets were just as eager to get their man back. So a proposition was developed for the simultaneous exchange of the two prisoners at the border between and East and West Berlin.

Exactly how Fred Pryor became part of this exchange isn’t quite clear, though a large part of the credit seems to belong to his father, Millard.

Both of Pryor’s parents had moved to West Berlin in September 1961 as soon as they learned of their son’s imprisonment. To help obtain Frederic’s release they hired an East German attorney named Wolfgang Vogel — who also happened to be working for the Stasi.

In his book Bridge of Spies,Giles Whittell argues that the East German government saw in Pryor an opportunity to raise their country’s status in the eyes of both the U.S. and U.S.S.R. If the American student could be slipped into the Powers-Abel swap, then a place would have to be made for the Germans at the negotiating table alongside the Soviet Union.

…but who you know

The Stasi had been busy building a meticulous case against Pryor and Vogel, and made sure the young man’s parents knew their son was facing 15 years-to-life in prison unless something was done, and fast. Millard Pryor was a wealthy industrialist from Ohio (and a U-M alumnus) who had moved to Ann Arbor after his retirement. He had connections at the State Department and lived in the same Barton Hills neighborhood as then-Secretary of Defense Robert McNamara.

Learning the harrowing fate awaiting his son, Pryor’s father shifted into high gear, calling in favors and working every influence he had in Washington. He and his wife, Mary, solicited prominent academics to send letters and telegrams to the young man’s captors appealing for clemency. Millard promised to use his business acumen to help promote East Germany’s flagging industry. The couple eventually spent $25,000 in various efforts to win their son’s freedom. Finally, toward the end of December, the U.S. government took notice.

Isolated in his cell at Hohenschönhausen, Fred Pryor knew nothing of these developments.

Nearly six more weeks of political maneuvering and back-door negotiations would be required, but at long last the spy swap was set, with Pryor now an indelible part of the deal. On the chilly morning of Feb. 10, 1962, he was picked up at the prison and driven to Checkpoint Charlie in the heart of Berlin. In a last-minute power play Stasi officials made Pryor wait in the car for almost 30 minutes, thereby holding up the swap of Powers and Abel at the Glienicke Bridge 15 miles away. Finally the young man was released and crossed safely to the American sector.

Forty-eight hours later he was back at his parents’ home in Ann Arbor. Newspapers commented on how Pryor seemed more grateful for his release than bitter about his detention. He made a statement to the press that he would rather not be used as the basis for “cheap propaganda slamming East Germany.”

“I wanted to avoid all possible publicity and turned down several offers to give speeches,” Pryor remembers. “I wanted to lead a normal life. Of course I was angry at the East Germans, but I didn’t want to be a professional anti-Communist. I just wanted to get on with my life and finally start my profession.”

That would prove difficult. Unable to find a job as an economist with the government or in the private sector because he’d served time in jail (even though it was on a trumped-up charge in a totalitarian country), Pryor completed his PhD at Yale and hired on at the University of Michigan as an assistant professor of economics from 1962-64.  He published his doctoral thesis in book form as the Communist Foreign Trade Systemand went on to a long and distinguished career as a professor of economics at Swarthmore College — for which he would rather be remembered than for the five-and-a-half months he spent in a Berlin prison.

“I don’t understand why anyone would be interested in my experiences in Germany 54 years ago,” he says now, without the slightest trace of irony.

(Top image: Pryor, second from left, reunited with his family in February 1962. Courtesy of the Michigan History Project.)