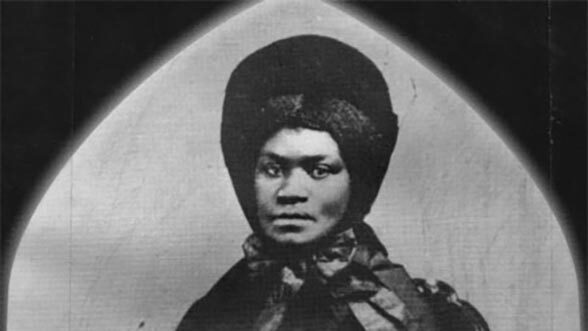 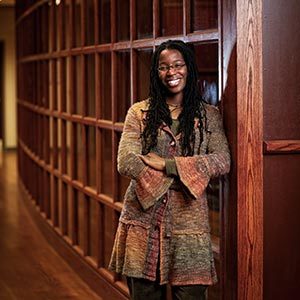 Fur trader John Askin owned eight of them. William Macomb, owner of Grosse Ile, had 26. Even John R. Williams, the first mayor of Detroit, is said to have engaged in the practice. It’s a little-known fact, but some of Detroit’s first families — the Woodwards, the Campaus, the Macombs, and others — were slaveholders.

Historian/author Tiya Miles, a professor in the Department of Afroamerican and African Studies and a 2011 recipient of the MacArthur Foundation’s “genius” grant, is shining a light on Detroit’s dark secret in her new book, The Dawn of Detroit: A Chronicle of Slavery and Freedom in the City of the Straits (The New Press, 2017). Refuting some long-held stereotypes about the early American North and South, Miles paints a picture of Detroit from about 1760 to 1815, when Native Americans and African Americans were considered property.

Miles, a native Midwesterner, had always been interested in Detroit’s role in the abolitionist movement. The city was the last stop on the Underground Railroad before crossing the border into Canada. But when the scholar started researching the life of Michigan abolitionist Laura Smith Haviland, she uncovered a surprising truth.

“When I came across some of Haviland’s speeches, that sent me on this road,” Miles says. “I realized that slavery was a real and concrete reality [in Detroit].”

As her research focus shifted, Miles scoured the archives for official city records and other documents to support her thesis. With little to go on, she relied on the wills, letters, and account ledgers of area slaveholders to stitch together a fascinating narrative. She also discovered early censuses that clearly marked citizens as slaves.

With the help of students in U-M’s Undergraduate Research Opportunity Program (UROP) Miles hit the streets to make sense of this shadowy aspect of Detroit’s history. Together they mapped the locations of Detroit’s first families and their slaves.

This video originally appeared with a 2014 article in LSA Magazine.

Slavery in Detroit grew out of the bustling fur trade when the settlement was still under French control, Miles says. As trade ramped up along the busy river port, the power brokers needed a labor force – to grow and process food, handle fur, operate boats, maintain domestic spaces, and more. At this time, Native American slaves, local to the region, outnumbered their African American counterparts in Detroit.

“Trading in the pelts of beavers and trading in the bodies of persons became contiguous endeavors in Detroit, forming an intersecting market in skins that takes on the cast of the macabre,” Miles writes in her book. In addition, she says, some slaveholder-merchants also stole territories from native people, which she describes as the “intertwined theft” of bodies and land.

Where did the slaves come from? 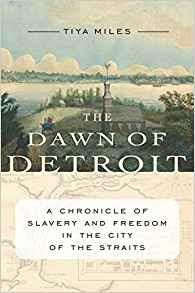 According to Miles, whose previous books address slavery in the American South, the earliest African American slaves to arrive in Detroit likely came as the property of French owners by way of Montreal. But even as the French lost control of Detroit to the British, the practice continued. Traveling from the Northeast and New York, the British often brought slaves with them to Detroit. In New York, they also entered into sales agreements to buy more African Americans, who were then sent to the settlement.

The early censuses posted by Miles and her students reveal the number of slaves steadily increased through the years. Records from 1773 show there were 73 slaves in Detroit. By 1782, the number had more than doubled to 170.

Even after the Northwest Ordinance took effect in 1787, clearly prohibiting slavery — “Neither slavery nor involuntary servitude shall exist in the territory” —  slaveholders found loopholes in the language and continued as though nothing had changed. In 1795, the Jay Treaty between the U.S. and Great Britain averted war with England, but it did little to change the status of Detroit’s slaves. The treaty did ban the future purchase of slaves, but did nothing to free the nearly 300 people in bondage.

An 1817 letter written by Detroit merchant John R. Williams, descendant of the slaveholding Campau family on his mother’s side, revealed how deeply entrenched slavery was in Detroit’s culture, Miles says. Williams wrote to Samuel Abbott, a lawyer at Mackinac, to do a deal. He “would be glad to have a [Native American] boy and girl from 12 to 18 years of age, bound under indenture to serve for a limited number of years, say to the age of 30,” he wrote. And if Abbott would do Williams the service of sending him a “boy and girl . . . of good moral habits and tractable disposition,” Williams would clear the account on Abbott’s “draft at sight.”

Williams’ request bespoke his close association of Native American people with servitude, Miles writes. The merchant thought the French term for “Native American slave” was the name of a particular tribe. 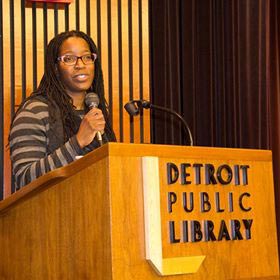 Through her research, Miles was able to trace the fascinating life stories and family sagas of some of the earliest slave families in Detroit. According to probate records detailed in the book, a family named Denison was owned by William Tucker, a farmer who’d earlier laid claim to Native American land. Tucker’s will specified that parents Peter and Hannah Denison would be freed upon his wife’s subsequent death. However, he “willed” the Denison children to his brother’s family.

Once freed, the elder Denisons went to work for a wealthy lawyer who encouraged them to sue for the freedom of their children under the Northwest Ordinance. It would be the first legal case to define the parameters of slavery in the Michigan Territory. Unfortunately for the Denisons, slaveholder and judge Augustus Woodward sided with the Tuckers. The Michigan Supreme Court returned the children to slavery, leaving the parents no option but to escape to Canada with their offspring.

Woodward eventually ruled the Michigan Territory had no obligation to return slaves who had been freed by establishing residence in Canada. So, in about 1815, Elisabeth (Lisette) Denison, Hannah and Peter’s daughter, returned to Detroit as a free citizen. She worked as a domestic servant, eventually becoming a successful businesswoman and property owner. Upon her death, Denison willed some $3,000 toward the construction of a church. Today, the doors to the St. James Episcopal Church in Grosse Ile are dedicated to her.

Miles began her research into Detroit’s dark history in 2012, working alongside two graduate students and four undergraduates via UROP. The team spent two years tracking and transcribing the records and documents that would come to shape the book’s content. In addition to The Dawn of Detroit, the researchers translated their findings into an interactive map showcasing early slave posts, notes, and census materials.

Little evidence of Detroit’s history of slavery remains today. In fact, few people who pass through the intersection of Woodward and Jefferson avenues in the heart of the city may realize it once was the site of a public whipping post. For Miles, that is just one little-known fact about the city that deserves more attention.

“History is critical to how we think about ourselves as individuals, as members of a global society,” she says. 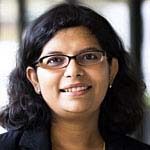