Death of a star 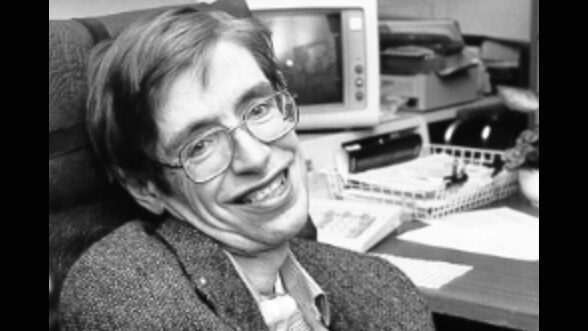 The University of Michigan physicist spent his career probing the underpinnings of the Standard Model of Particle Physics. This model describes three of the four fundamental forces, which hold the universe together. The model also includes a classification of elementary particles — particles that can’t yet be broken down into constituent parts. These include quarks and the Higgs boson particle.

Quarks make up protons and neutrons. Interactions of Higgs bosons with quarks and electrons allow them to have mass. These interactions are all taking place within atoms — so on a small scale. Very small.

Theoretical physicist Kane used string theory calculations to predict the mass of the Higgs.
But in the early 1990s, the Higgs boson had not yet been detected, and Kane, whose research helped lay groundwork for the particle’s discovery, was at a dinner with a group of particle physicists and cosmologists. The dinner was during a conference in South Korea.

They asked Kane to explain how colliders — particle accelerators that work by smashing particles together and examining how they break apart — might discover the Higgs boson. Kane started to talk.

“I talked for three, four minutes about how a collider might discover the Higgs boson,” Kane says. “And Stephen suddenly interrupted me and says, ‘I’ll bet you there’s no Higgs boson.'”

The Stephen was Stephen Hawking, a cosmologist and one of the greatest minds in contemporary science.

“It wasn’t surprising that [Hawking] had that attitude because he was a cosmologist. Coming from his side, when you study cosmology, you don’t see as clearly the need for the physics of the Higgs boson,” Kane says. “He said it wasn’t necessary. He always wanted to have fun and push things. That was his personality. He didn’t just argue. He bet.”

Kane was sure the particle existed.

“It didn’t take me more than one second to agree to the bet,” Kane says.

The scientists agreed upon $100, or about 200 bucks in today’s dollars. A significant amount, Kane says, but not enough that they were betting their houses.

Discovery of the particle took about 20 more years, but in 2012, the Higgs boson was discovered, at the European collider CERN in Switzerland, and, more importantly, Kane collected his $100.

“He sent me a check. He signed his check with a thumb print, and an assistant had to move his hand,” Kane says. “Of course, we framed it instead of cashing it.”

Stephen Hawking died March 14, on Pi Day, and, as many have noted, Einstein’s birthday. He was born on the 300th anniversary of the death of another famed researcher, Galileo.

Hawking’s contributions to cosmology are of a scale that’s difficult to describe — decidedly major. Together with collaborator Roger Penrose, Hawking developed a mathematical model that proved Einstein’s General Theory of Relativity — that gravity arises from the curvature of space and time — appeared to break down under certain physics conditions. This creates conditions called singularities. Physicists think singularities existed at the beginning of the Big Bang and inside black holes. Hawking also discovered that black holes emit radiation, called Hawking radiation, essentially shrinking.

Read more about U-M’s contribution to the discovery of the Higgs boson.
Kane stayed in contact with Hawking, and just two months ago, they co-authored a piece published in China advocating that China build a collider many times the capability of the collider at CERN.

Until the end, Hawking remained a vibrant researcher and writer, Kane says. In the last few weeks of his life, Hawking’s assistant read their paper aloud to him for final comments. A pair of researchers were preparing to fly to England to meet with Hawking to finish another project just the week after he died.

“He wanted to act young — from the point of view of some people and some of his caregivers, he was irresponsibly young, all of the time,” Kane says.

His life, work, and collaboration were in service to a mantra he repeated to himself and colleagues.

“The goal was simply to understand the universe, why there was a universe, and why it is what it is. He would say that a lot,” Kane says.

To simply understand the universe?

“Universes,” says Kane, “are much simpler than people.”