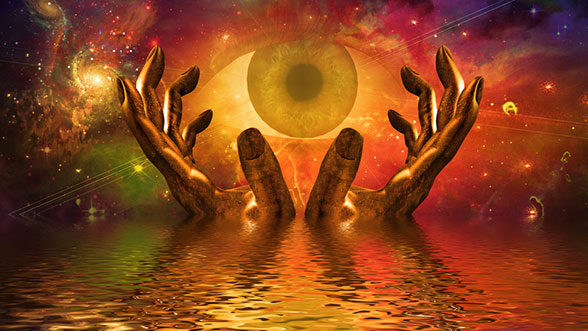 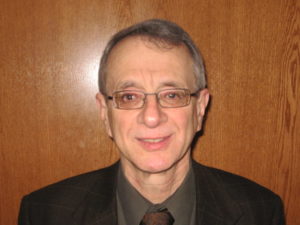 Chances are, the following scenario has happened to you. It’s finals week at college. Suddenly, you realize you haven’t attended class all term or have forgotten to write an important paper. Time has run out. You’re going to fail the course. Your pulse races. You break into a cold sweat.

And then you wake up and realize it was all just a dream.

Alan Eiser, BA ’73, PhD ’83, an expert in sleep and dreaming, also has experienced what psychoanalyst Sigmund Freud described as the “typical examination dream” in his seminal book on theories of dreaming, The Interpretation of Dreams(1899).

“It is the end of the semester, and I’m taking five courses, but I have only been doing the work in two of them,” Eiser says. “A sense of panic sets in. I’m in a dither. How can I possibly prepare for the exams and do well? There’s no way.”

According to Freud, once people awaken from an examination dream, they experience a tremendous sense of reassurance. “You realize you’re not back in school and that you’ve already passed your exams and received your degree,” Eiser explains. “So, you don’t have to be afraid.” 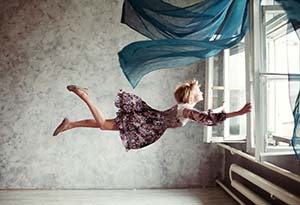 Flying is a popular theme in dreams.

Yet, that pesky examination dream tends to show up again and again, even in our later years when school is a far-distant memory. The question is: Why? Is something in our waking life stirring up worry or guilt? Are we seeking reassurance?

Eiser is working to unlock the secret world of sleep and dreaming. Through first-hand observations in his clinical psychology practice, findings in sleep-medicine literature and his own teaching and research at Michigan Medicine, he is attempting to unearth answers to age-old questions about the origin, manifestation, and meaning of dreams.

In recent times, neurobiology has enabled researchers to “map” the brain and glean insights into how dreams work during REM sleep, a stage characterized by rapid eye movements. Yet, Eiser believes brain science is still “coarse-grained” and does not account for the underlying psychological factors that influence dreams and contribute to sleep behavior disorders, or parasomnias.

“People have REM sleep and dreaming four to five times a night every night ─ roughly 20 percent of their total sleep time,” Eiser says. “Dreaming is programmed into our brains, which tells us it must have some important adaptive function or it wouldn’t have evolved that way. We dream in order to try to work out troubling, conflicted things in our lives and to find effective ways to deal with challenges in the present situation that also touch on childhood issues.” 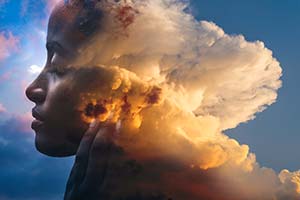 Dreams quite often blow our minds.

During REM sleep and dreaming, parts of the brain associated with emotions, drives, and anxiety are highly activated. Areas that govern executive functioning, which oversees, organizes, and directs conscious thought, are under-activated. Little wonder that dreams tend to be emotional and anxiety-arousing while, at the same time, fluid, illogical, meandering, and downright fantastical. The dreamer more closely resembles a person watching a movie rather than someone directing it.

In REM sleep, motor behavior is turned off. “You only dream that you’re moving,” Eiser says. “The muscle paralysis during dreaming gives your brain and mind the opportunity to experience very vivid, lifelike fantasies safely, because you don’t act them out.”

REM sleep behavior disorder occurs when muscle paralysis fails to kick in and people act out their dreams in real time. This disorder can be rather dangerous.

“A person may dream there’s an intruder in the house and then start throwing punches at his spouse,” Eiser says. “One individual dreamed someone was drowning in a pool and dove in to save the victim. In actuality, the dreamer dove out of bed, hit the floor, and broke his collar bone.”

Fast-paced lifestyles, contemporary stresses, and round-the-clock use of blue-light-emitting electronic devices, however, are curtailing the amount of time spent sleeping and dreaming. “Sleep deprivation will leave you tired the next day and may affect the quality of your adaptation and coping,” Eiser notes. “You may get REM rebound if you don’t get enough REM sleep.”

Researchers, he says, have discovered that people who are deprived of REM sleep build up “REM pressure” and subsequently experience “REM rebound,” an increasingly powerful tendency to go into REM sleep earlier in the sleep cycle, stay longer, and have denser REM sleep with more rapid eye movements. It is nature’s way of ensuring we get enough dreaming. 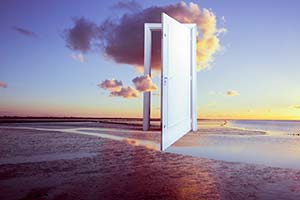 Eiser’s own fascination with dreams began in childhood. “I always sensed they have real importance as a way of understanding something about a person.”

He started his collegiate career as a math and science major at Massachusetts Institute of Technology, but his growing interest in psychology prompted him to transfer to U-M  in 1972. As a graduate student, Eiser began conducting sleep experiments in the Department of Psychiatry’s sleep research laboratory, which afforded him an additional way to study dreams outside traditional clinical work. He entered the nascent field of sleep medicine in the 1980s and has continued to apply new research and knowledge to the understanding of dreams and parasomnias.

At Michigan Medicine, Eiser gives lectures on dreaming and parasomnias, his specialties. He also trains sleep-medicine fellows how to interpret and understand sleep studies and sleep disorders and arrive at a diagnosis and treatment.

In his private clinical psychology practice, Eiser helps a broad range of patients, including those who suffer from parasomnias, a category of sleep disorders that involve abnormal movements, behaviors, emotions, perceptions, and dreams which take place at different stages during the sleep cycle.

Sleepwalking, which occurs in stage-three sleep rather than REM sleep, is not uncommon. “The person gets stuck halfway between the deepest stage of non-REM sleep and being awake,” Eiser explains. “He or she may act out behaviors that include sleepwalking, eating, and violent acts, or may experience night terrors.”

In a 1999 study conducted by a Harvard University faculty member, 4.6 percent of the college students surveyed said they experienced sleep-related eating. Typically, these sleepwalkers do not remember anything, but may find clues, such as empty candy wrappers and dog-food cans, that indicate they were on the prowl.

Eiser also helps people suffering from post-traumatic stress disorder, or PTSD, which is triggered by a terrifying event.

“Patients have repetitive nightmares of these events, and this can be very disturbing,” he says.

Despite these anomalies, dreams have proven to be a wellspring of inspiration and creativity throughout the history of mankind.

“You will find artists and even scientists who will tell you that some of the ideas and images for their work came from their dreams,” Eiser says. “You can read great works of literature from ancient times that include dreams.”

In one Biblical account, a young Hebrew slave named Joseph interpreted the dreams of the Pharaoh and predicted Egypt would experience seven years of plentiful food followed by seven years of famine.

“People used to think dreams were prophetic, like gods telling you what’s going to happen in the future,” Eiser says. “In this sense, people have always been very fascinated and influenced by dreams.”