Working his way through 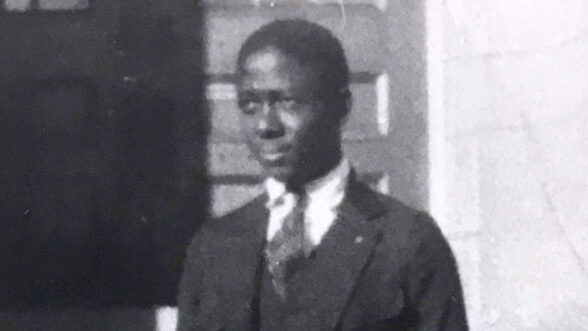 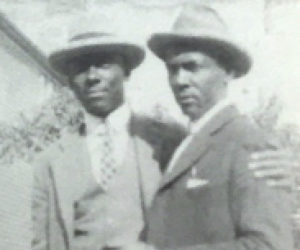 Late in the summer of 1923, a youngster from Houston, Texas, stepped off a train at the Ann Arbor depot. He had worked for the last year in a Houston railroad yard to save the $120 he needed to pay the University of Michigan’s entrance fee. He had gotten to New Orleans, then stowed away on the Panama Limited to Chicago. There he bought a ticket for Ann Arbor. He was 19.

At the depot the young man caught a cab to the Michigan Union. Outside he went up to a stranger and asked where someone like himself might find a room.

The fellow knew where to send him. Up in the north end of town, he said, where the colored people lived.

From that day on, for the next four years, Clarence Norris worked at the edge of a physical breakdown, sleeping where he could, eating in basements, making it to class, and studying late. He toiled through the sort of hardship that few college students know any more, living in a town where rules of racial hierarchy were implied, not written in ordinances, but no less real than in the Jim Crow South.

And he made it through. 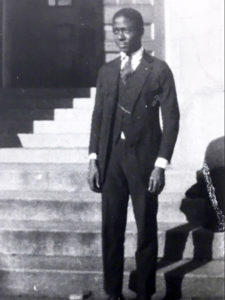 At the start Norris got help at the Dunbar Community Center on North Fourth Street, a place that housed black laborers working on construction projects on the campus. They weren’t terribly welcome elsewhere in town.

People at the Dunbar Center sent him to the Rev. Joshua Edgehill, pastor of the Bethel African-Methodist-Episcopal Church, who helped him find a job at a fraternity to cover his room and board. There was a place for him to sleep in the basement.

In the memoir he wrote in old age, Norris didn’t say why he’d applied to Michigan, specifically. But he had played football in high school, and “even as a native and resident in a Black Ghetto in the South I had enthusiastically read about the great Northern college football teams on some of which there were Black players . . .  I slightly dreamed that maybe some day I would have the opportunity to be on the football team of a great university located in the North.”

He must not have known that Michigan’s legendary coach, Fielding Yost, would tolerate no black players on his varsity. But the occasional African-American was allowed on the freshman and reserve squads, and Norris made the freshman team. Then, on his second day of practice, he dove for a loose ball without pads and dislocated his shoulder. That ended his football career, and when he went back to the fraternity with his arm in a sling, the steward said: Sorry, we need someone who can work. When one of the football coaches heard about that, he got Norris his job back. 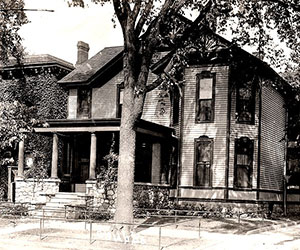 Chubb House, at 209 S. State, served hundreds of meals a day to students of the 1920s. As a student, Norris took meals there in return for scrubbing the kitchen each night. (Image: Wystan Stevens collection, Flickr.)

Even so, the fraternity job didn’t last, and Norris spent all of his time in college preoccupied with the search for work.

At the Chubb House, an eatery at 209 S. State that fed 400 students a day, Norris scrubbed the kitchen every night for three daily meals plus the milk that leaked out of a tank in the refrigerator.

In the summer of 1924 he got 50 cents an hour for pushing the heavy “Georgia buggy” that held concrete for a new home for nurses. He did odd jobs for professors. One year he lived in the basement of an off-campus house where he earned his keep by shoveling coal into the furnace.

Over one holiday season he got a job substituting for mail carriers in Detroit. The temperature that week went down to eight degrees, and Norris’s fingers were frostbitten. As a southerner he’d never felt cold like that, and he had no gloves.

In his senior year, an inspiration struck. He wrote two pamphlets — “The Gift of the Negro to America” and “Is the Negro a Born Criminal?” — then went on bended knee to the manager of a local print shop, asking if he could pay for 100 copies later, when he had the money. The manager “really did surprise me” by saying yes, Norris wrote.

Norris took 100 copies to Detroit, then went from one black church to another, first giving a brief talk and then offering his pamphlets for sale.

He had figured right. There were plenty of “church people who might be interested in helping a black youth going through his senior year in college, and especially a poor youngster a long way from home in the South.”

Norris soon paid the printer and ordered 300 more copies to sell. That paid most of his bills for his whole senior year — “one of the greatest blessings of my entire college career.”

A “most unpleasant experience”

Soon after Norris started at U-M, he heard that President Marion LeRoy Burton had interceded when a black student was told she could not enter a University swimming pool. Burton had escorted the young woman back to the pool and said for all to hear: “Here at the University of Michigan, we have no white students, no brown students, or black students. All are students of the University of Michigan!”

That may have been Burton’s ideal, but it certainly was not reality. There were no dorms for men yet, but black women students were required to room in segregated quarters. In Ann Arbor’s commercial districts, black students weren’t welcome in many restaurants and stores, and there were unwritten but strict prohibitions against interracial dating. Many tales have come down of professors who showed obvious bias against black students.

Norris wrote two pamphlets — “The Gift of the Negro to America” and “Is the Negro a Born Criminal?” — then went on bended knee to the manager of a local print shop, asking if he could pay for 100 copies later, when he had the money. The manager “really did surprise me” by saying yes, Norris wrote.
In his autobiography, Up From Poverty, Norris recalled only good experiences with professors. He struggled with low grades at first, then brought them up and did well from then on. He was delighted when, early in his first year, a rhetoric instructor read aloud in class from a short memoir he had written. The high point of his academic career came when Norris received an “A” from Professor Charles Horton Cooley, a major figure in sociology not only at U-M but nationally. (See “Michigan in the Making” at the Heritage Project.)

He described only one direct affront outside the classroom. It happened when Norris invited an older man from town, a friend, to join him for a meal at the Student Christian Association, of which Norris was a member. A waitress and then a chef refused to serve them.

When Norris complained the next day, the SCA’s general secretary said the incident was unacceptable, and the staff members were sent packing. Still, Norris said, “this experience in being discriminated against because of my race in the state of Michigan and in the University of Michigan SCA Building was one of the most unpleasant of my entire college career.”

He got strong support from Ann Arbor’s close-knit circle of black community and fraternal organizations.

Norris joined Kappa Alpha Psi, an all-black fraternity. He spent time at the Dunbar Community Center and with the family of Reverend Edgehill. At the Second Baptist Church, Norris served as superintendent of the Sunday school program. He was active in two integrated student groups, too — the Negro-Caucasian Club and the Student Christian Association, which sponsored regular round-table discussions where faculty joined students.

“One of the happiest days” 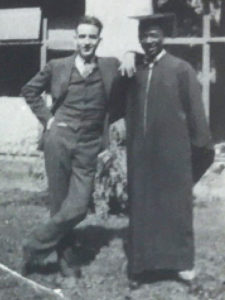 His work in sociology had led him to shift his major away from pre-law, and his professors urged him to extend his training to get a graduate degree. After one term in graduate school, his hard-scrabble years in Michigan’s cold climate caught up with him, and he retreated to Houston to recover from a state of near-exhaustion and physical depletion. Norris taught for a year at black colleges in Texas, then returned to Ann Arbor to complete the master’s degree.

He went on to earn a PhD in sociology at the University of Southern California, then taught for a number of years at Wiley and Bishop College in Marshall, Texas. Norris joined the faculty of St. Philip’s College in San Antonio during World War II. He retired in 1974 as dean of the college.

In the 1980s, looking back from a distance of 60 years, Norris pondered what he had accomplished as “a Black poor youth . . . during a period of extreme racial segregation and color discrimination in our country.

“Working my way through the University of Michigan, one of the great institutions of higher learning in the world, really did prove to be a challenge and blessing of my entire life. No wonder I have felt so greatly thrilled over the years during my attendance at many Rose Bowl games and elsewhere when I hear the University of Michigan Marching Band play ‘The Victors!'”

Sources: Clarence Norris’s memoir is Up From Poverty, published in 1987 by African-American Reflections, San Antonio, Texas. A copy of part of the manuscript of the book is held in the papers of Alpha Phi Alpha, Epsilon chapter, at the Bentley Historical Library. (Norris was a member of Kappa Alpha Psi, but he was friends with a member of Alpha Phi Alpha at U-M, Joseph Leon Langhorne, to whom Norris apparently sent the material from his manuscript.) The writer gratefully acknowledges the Epsilon chapter’s permission to consult these papers. Norris’s funeral program can be seen online at the Portal to Texas History.