Queen of the Hurricanes 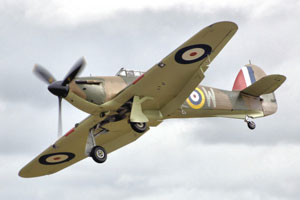 In 1939, with the collision of Great Britain and Nazi Germany all but inevitable, manufacturers across the British Empire began to retool for war.

In Thunder Bay, Ontario, executives of Canadian Car & Foundry had just won a massive contract to turn out Hawker Hurricane fighter planes for Britain’s Royal Air Force. Now they had to deliver.

MacGill was dubious. Mass-produce airplanes, the epitome of precision technology? The parts hadn’t yet been standardized, like auto parts. Every plane had to be fine-tuned and individually tested.

But MacGill went to her drawing board to redesign the assembly lines at “CanCar,” and before long the factory was turning out Hurricanes at a pace of 100 per month. 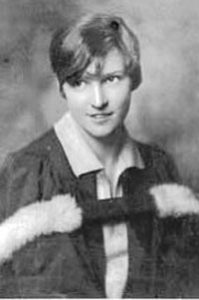 Born in 1905 and raised in Vancouver, British Columbia, MacGill inherited a feminist consciousness from her mother, Helen Gregory MacGill, the province’s first woman judge and a fierce advocate of women’s suffrage and women’s education.

“Few of us are born brilliant,” Helen MacGill wrote. “We must develop our capabilities ourselves.”

From an early age Elsie had been “a Miss Fix-It,” she remembered, and when she became fascinated by a friend’s “crystal set,” she decided to become a radio engineer. She fulfilled that ambition by earning a degree in electrical engineering at the University of Toronto.

“My presence in the University of Toronto’s engineering classes in 1923 certainly turned a few heads,” MacGill said. “One professor, who was unaware that his large class of men had, for the first time, been invaded by a ‘lady,’ began his opening lecture using the common engineering terminology: male and female fittings, ‘flat bastard file,’ and ‘bastard thread,’ to name a few of the least offensive terms. At the first hint of a double meaning, the men in the class exploded in laughter and the poor professor was reduced to confusion and blushes. However, none of this was enough to stop me from continuing my education.” 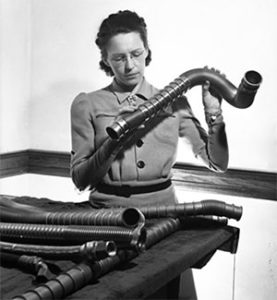 With her degree in hand, MacGill moved to Michigan, where she simultaneously took an engineering post in Pontiac and enrolled in U-M’s master’s program in mechanical engineering. Her studies soon moved into aeronautical design.

Then, in the final semester of her training, MacGill awoke one morning with symptoms like the flu. A few mornings after that, she was partly paralyzed below the waist. It was polio. She took her final exams in a bed at University Hospital.

After three years of intensive physical therapy, MacGill could walk with a cane, and she started the PhD program in aero engineering at M.I.T. But after two years she traded her plan for an academic career for a job designing aircraft in Quebec — a more promising path for a woman, she said.

“Industry in the main is progressive,” she wrote later. “Management is more concerned with problems of work and costs than the social question of the sex of the engineer.”

With two strikes against her — her gender and her disability — in an overwhelmingly male and macho profession, MacGill was thoroughly undeterred.

“Her lameness struck me as an appalling affliction for a woman with a keen and bright mind, dedicated to a professional career in the aircraft industry,” a male colleague remembered. “But she obviously treated it as little more than a minor annoyance…”

“A craziness that will win the war” 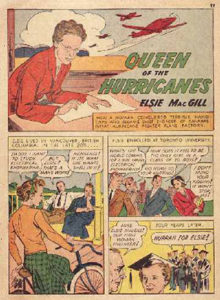 MacGill was a pop-culture icon for a while, thanks to American True Comics. (See larger image.)

By 1938, MacGill had shifted to CanCar, where she became the first woman in history to design an aircraft for manufacture, a military trainer called Maple Leaf II. But the plane was never built. The R.A.F. contract for Hawker Hurricanes took precedence.

As chief engineer at CanCar, MacGill’s key contribution was not the design of the Hurricane. That was already done. Her charge was to convert the factory’s production facilities from making railroad cars and buses to making airplanes.

The project was enormously complex, especially because the factory was to be staffed mostly by workers with scant experience. MacGill threw herself and CanCar’s workforce into the job.

That sort of confidence plus her prowess as a woman engineer attracted press attention. Soon MacGill was a minor heroine of wartime pop culture, with her life story as “Queen of the Hurricanes” told in American True Comics.

Growing up with the war

The Hurricane was slightly less flashy and famous than its sister fighter-plane, the Spitfire, but it accounted for more German kills in the crucial Battle of Britain. By the war’s end, CanCar could boast of building some 1,400 Hurricanes, a significant fraction of Britain’s fighter force.

By then MacGill and CanCar had parted ways. In 1943, just after she married the plant manager, E.J. “Bill” Soulsby, the two were escorted out the door. The company had welcomed a woman engineer, but a married couple within the ranks was deemed unsuitable.

They moved to Toronto, where Soulsby supervised another factory and MacGill opened a private practice as a consulting aeronautical engineer.

“Aeronautics, a rapidly developing field, grew up with the war,” she said later, “and I grew with it.” 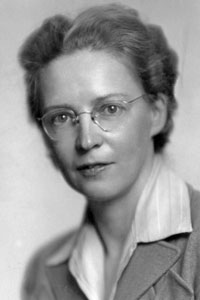 After the war, MacGill advocated for women in education, business, and other professions. (Image: WikiCommons.)

Until this point, MacGill had often said her gender had never held her back in engineering. But after the war, she became increasingly active on behalf of women’s aspirations in education, business, and the professions — in part, apparently, because of a growing awareness of the difficulties women faced that she developed while writing a biography of her mother.

“The woman’s movement is part of a much larger movement,” she wrote, “a facet of the worldwide democratizing process that began centuries ago … an integral part of the social revolution that carries humanity forward in a great ongoing liberating wave that ebbs and flows.”

MacGill died in 1980. Near the end of her life she wrote: “Perhaps because of my mother, I never forgot, throughout my long career, that many women in Canada do not have access to the opportunities I enjoyed. I have received many engineering awards, but I hope I will also be remembered as an advocate for the rights of women and children.”