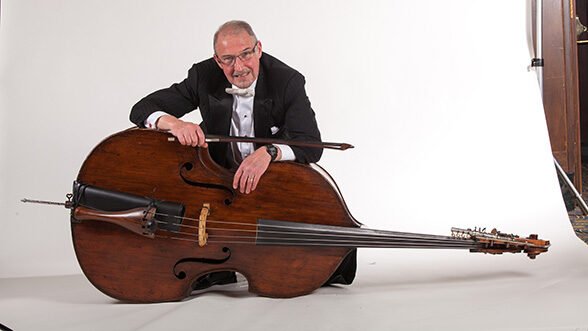 Gregg Powell, BS ’71, was seated on the stage of Hill Auditorium in a tuxedo, waiting to stand up and sing his part at the end of Gustav Mahler’s magnificent Symphony No. 2 in C minor, “Resurrection.” It was about 9 p.m. on the evening of April 23, 1970.

The May Festival at U-M
When the renowned Philadelphia Orchestra takes the stage at Hill Auditorium on Sept. 27 — its first performance in Ann Arbor since 1994 — music lovers of a certain age will inevitably reflect on the cherished association between the orchestra and its host. Under the legendary conductor Eugene Ormandy, the orchestra performed at Michigan every spring from 1936 until 1982. It was a long and beloved tradition within an even longer one — the University of Michigan’s May Festival.

Powell was 19 years old, a U-M sophomore in engineering and a member of the Choral Union. The choir was accompanying the Philadelphia Orchestra at the first concert of the 77th May Festival, the pageant of classical music held every year in Ann Arbor from 1894-1995. (Yes, the May Festival had to be held in April after U-M changed the end date of its spring semester in the 1960s … but we went with May in our headline anyway.)

The first notes of the symphony struck Powell’s ears. They rose from the double basses directly in front of him. The sound was like grumbles of thunder from over the horizon.

Powell was not a music major. He just liked to sing. His parents, as children of the Great Depression, had decided when he was a baby that he was going to enter a practical field that would guarantee a secure income — specifically, engineering.

They also made sure he had music lessons, and he had a first-class choir teacher at his high school in suburban Cleveland. But when he entered Michigan, it was in the College of Engineering, and that was going to be that.

Until he heard those double basses play the opening notes of Mahler’s “Resurrection” symphony.

“Now, there’s something,” he told himself, “that you could devote your life to.”

“This is too important” 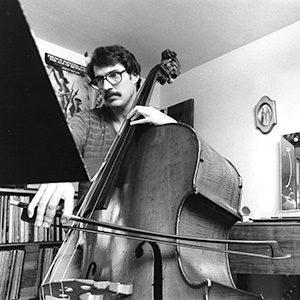 Powell listened to the symphony, stood to sing his part at the end, then left the stage and went home.

He was still hearing the double basses.

“This is too important,” he thought. “I can’t ignore these feelings.”

He told his parents: “I just can’t commit my life to engineering.”

He bought some time with them. He transferred to architecture, then economics with a minor in psychology. Still practical. Because of changing majors he had to graduate a semester late.

Soon after that, he appeared at the information desk of the School of Music.

“Is there anyone here who teaches double bass?” he asked.

The woman at the desk managed to keep a straight face. She sent Powell down the hall to the office of Professor Lawrence Hurst, regarded as one of the greatest bass teachers in the world.

Hurst listened to Powell tell his story about the May Festival and the basses.

“Do you own a double bass?” Hurst asked.

Powell didn’t. Hurst asked another question or two. Then the professor said he could not take on Powell as a student. But he did send him home with one of the School of Music’s double basses and referred him to his graduate assistant for lessons.

To pay his bills, Powell got a sales job at Jacobson’s department store. Mostly he practiced the bass. A year later, he came back to Professor Hurst and played a concerto by Antonio Capuzzi.

Turning down a promotion 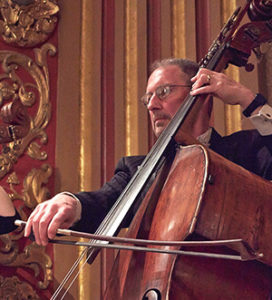 The deep, resonant voice of the instrument fascinated Powell. It seemed to him that the melodious violins and flutes and clarinets provided the pretty ornaments on the surface of a musical structure, but the basses were the granite foundation.

He took lessons with Hurst weekly for 12 years, paying $15 an hour. “He was hugely demanding, old-school, hard-nosed,” Powell says. “He put up with no weakness. But if you survived, it was kind of like Bo Schembechler: ‘Those who stay will be champions.’”

Once a month Powell played in studio sessions with master’s students in the School of Music, though he never enrolled for a master’s degree of his own. In time he began to play part-time with regional orchestras.

After eight or nine years, as he was approaching 30, Jacobson’s offered him a major promotion. It would mean a real career in a corporate position. His parents and friends all urged him to take it. He could keep playing the bass as a hobby, they said.

Powell is a warm and gentle man. But he told all of them — gently — to go to hell. This was no hobby. He went down to part-time at Jacobson’s and practiced more. Three or four years later he quit the job to devote all his time to the bass.

A life in music

For a deep dive into the history of U-M’s May Festival, read James Tobin’s story “The May Festival Rising” at heritage.umich.edu.

In time Powell became a member of the symphony orchestras of Ann Arbor, Flint, and Saginaw, and he became the personnel manager of the Flint and Saginaw groups.

“Each on their own is part-time,” he says. “Everyone who plays for an orchestra like the Ann Arbor symphony or the Flint symphony puts together a crazy-quilt patchwork to make a living. A lot of them teach. Most of us play in multiple orchestras.”

And Powell makes a good part of his living as a contractor, putting classical musicians together with churches, ballet companies — any organization that needs an orchestra.

When he was approaching 40, he met a soprano with the Flint Symphony. They’ve been married for 30 years. Shayna Powell sings and directs the Ann Arbor Youth Chorale.

“One little decision set a path,” Powell says. “The May Festival of 1970 changed my life forever.”