From stage to page 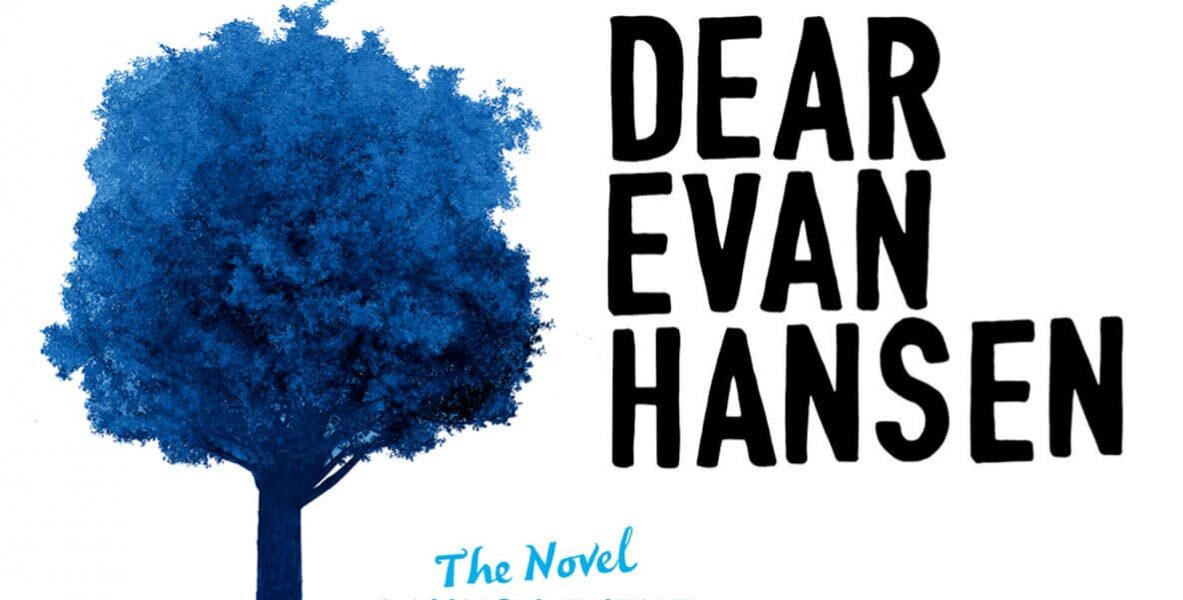 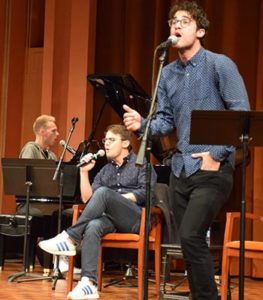 In a rapid-fire culture of blinking icons, chatting snaps, and #instamovies, it’s reassuring to know that a book — yes, a book — can still captivate a contemporary audience. A simple, printed document that doesn’t answer your questions, push ads into your news feed, or hypnotize you with keyboard-playing kittens. And as with the best books out there, the novel Dear Evan Hansen (Little, Brown Books for Young Readers) is destined to provoke conversation.

The Oct. 9 release is a companion to the Tony Award-winning musical that debuted on Broadway in December 2016. The material covers one of the most taboo subjects we face as a species: suicide. But the conversation it provokes is not just among audiences, readers, or creators of fan fiction. It’s among the characters themselves, who are more fully realized on the page than on the stage.

“The constraints of the stage force you to make hard decisions about what parts of the story you’re going to leave in and what will come out,” says the musical’s bookwriter Steven Levenson, who collaborated on the hit show with songwriting team Benj Pasek, BFA ’06, and Justin Paul, BFA ’06. “The show is uniquely suited to the novel form in that our main character is so verbal. He’s not eloquent, but he thinks a lot, and he talks a lot. So, the idea of getting inside his head is really appealing.”

Among their many accolades, the songwriting duo Pasek and Paul won the 2017 Tony Award for Best Original Score for Dear Evan Hansen, which also earned them a 2018 Grammy Award for Best Musical Theatre Album. They won an Academy Award for “City of Stars,” from La La Land, which was named “Best Original Song” in 2017; the song also won the Golden Globe in the same category.

That main character is anxiety-ridden loner Evan Hansen. The teenager’s life changes dramatically when a mysterious classmate named Connor kills himself. In the aftermath of the boy’s suicide, Evan neglects to correct the mistaken impression they were close friends. Connor’s loved ones mourn while Evan is seduced by his newfound celebrity as the dead boy’s supposed bestie. And it’s only a matter of time before everything unravels.

Telling the story in a format other than a musical was an idea the creators had been kicking around since the project’s inception. Levenson’s early drafts of the play read like an independent film, and the trio agreed the material could one day resonate beyond a 2.5-hour musical. Their hunch was confirmed when audiences responded to the Broadway production and soundtrack by sharing their own tales of loneliness, disconnection, and suicide.

“People started to create fan fiction and fan art,” Paul says. “It was clear there was a desire to engage with the characters in some greater way.”

“We were so overwhelmed by the response and thought, ‘We don’t want this to be a story that you can only see if you buy a Broadway ticket in one city,’” adds Pasek. “We wanted to ‘democratize’ it a bit and put it out in the world.” 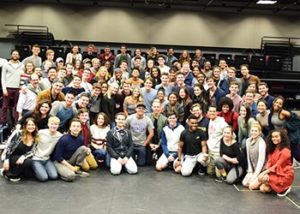 While in Ann Arbor for their book tour, Pasek and Paul did a talkback with musical theater students. (Image: Rachel Francisco.)

Dear Evan Hansen grew out of Pasek’s own high school experience. A fellow student had committed suicide during the summer, and by fall, Pasek noticed, “Everybody who wasn’t particularly close to him when he was alive became his best friend after he died. I found myself embellishing my own memories and stories because I wanted to be part of this tragedy that I had no real right to be a part of.”

He compares it to the way people today react to celebrity deaths on social media with “a desperation to publicly mourn so that other people will notice you.”

But instead of excoriating Evan for being a selfish imposter trying to own someone else’s grief, the writers chose to treat the character with empathy.

“It’s a cautionary tale and speaks to the temptation we all face to present a version of ourselves that isn’t the most authentic one because we think it’s the more lovable one, the more acceptable one,” Paul says.

“And hopefully,” Pasek adds, “if we are willing to show the parts of ourselves that we think are ugly or unlovable we will realize that we are enough — and we will be loved for exactly who we are.”

More to the story 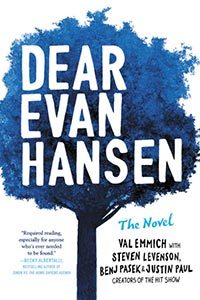 Singer-songwriter, actor, and novelist Val Emmich authored the expanded and enriched novelization with Levenson, Pasek, and Paul. They drew new parallels among the main characters and developed subplots in a way they couldn’t on stage. Live audiences, by design, never get to know the boy who dies, for example, even though he is at the center of the lie that animates the story.

“Fans loved Connor and wanted to know who he was,” Pasek says. “We felt a responsibility with the added real estate to dive into his headspace and have him speak.”

Book readers may recognize some dialogue and lyrics here and there, but Emmich focused more on developing characters and motivation than rewriting the play. He even found ways to transform one of the most intense musical sequences into sensory prose. The emotional live number “Words Fail Me” near the end of the show now reads like a “furious, horrific, tragic mess” in the book, Paul says.

And while the plot centers on teen angst, it’s not a teen story, Levenson says. “Every mom who comes to see the show leaves with the same big question marks: ‘Do I not know my own kid? Does my kid not know me?’ That feeling of isolation isn’t just a teen story. It’s a human story.”

“We don’t talk enough about matters we find taboo in our society,” he says. “We want to play one small piece in that conversation. We want people to feel empowered to shine a light on the dark places they think they’re alone in hiding and realize there are so many other people huddled there too. And if we just admit it and talk about it, we can rescue ourselves from staying in that dark place.”