Rushing the desert, storming a mountain 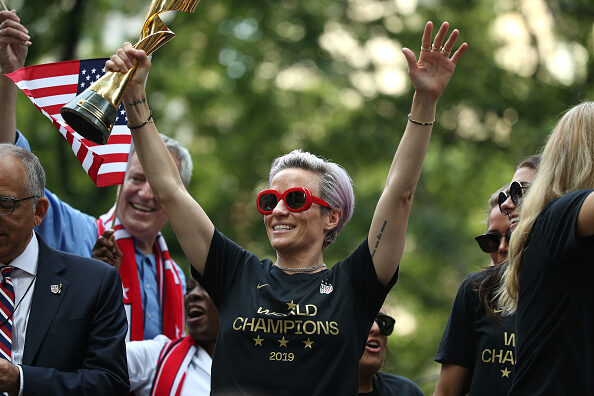 “This group is incredible. We took so much on our shoulders to be here today. And we did it with a smile.” — Megan Rapinoe, co-captain, U.S. Women’s National Soccer Team

You’d have to be living under a rock to have missed the news July 6, 2019, that the U.S. Women’s National Soccer Team (USWNT)  won the 2019 Women’s World Cup in Lyon, France. The USWNT defeated the Netherlands, 2-0 in the final, repeating as champions and becoming the first to do so since Germany in 2003 and 2007.

Andrei Markovits, professor of political science and German studies at U-M, has written extensively on how culture, sports, and politics converge. He is co-author of Offside: Soccer and American Exceptionalism, Gaming the World: How Sports Are Reshaping Global Politics and Culture, and SPORTISTA: Female Fandom in the United States.

His most recent book is Women in American Soccer and European Football: Different Roads to Shared Glory, in which he discusses the challenges women continue to overcome to find a place in the soccer world.

The FIFA Women’s World Cup is in its eighth edition. What does that say about the state of female soccer worldwide?

Markovits: On the national team’s side, it is amazing. Think about this: In 1991 when the U.S. won the championship and they arrived at the Los Angeles airport, they were met by zero media people. None! Look at it now. I mean all major networks cover it extensively. The New York Times has three or four people there right now. I mean it’s really a big deal. 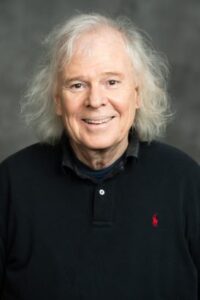 It was not until 1995 that this tournament was called a World Cup for the first time. And now when you look at this in France, this is identical to the men’s. So it’s a completely major international FIFA-sponsored event, which is a global event. The progress that women have made is unbelievable. It’s not the men’s World Cup but it’s a very, very, big event.

In your book, you discuss how women on both sides of the Atlantic took different paths to break into the sport. How did it develop in the U.S.?

Markovits: In the United States, because of Title IX and demographic changes among many other factors, American women entered this cultural space precisely because the men left it open to them. The men have been occupying the big American hegemonic team sports: American football, baseball, basketball, and hockey. So the women entered into an open space unencumbered by men.

Markovits: It was exactly the opposite, and also in Latin America — this was an environment completely occupied by men. I would argue that with the exception of the Catholic Church, I cannot think of anything more masculine than football in these countries.

In every single instance, it’s clear that there was an obstacle put in the women’s path. Every single time.

In Germany, they were not allowed to play on official fields until 1970. Then they were allowed but only with a smaller ball and only for 60 minutes and not wearing real cleats but tennis shoes. And they had to play always only in the summer so as not to coincide with the men. They had to undergo gynecological exams. It was really a form of keeping them out of this male domain — and, by the way, more than in any other sport precisely because football is so valued by men and seen as an essential ingredient of their masculinity.

If America was an open desert for women’s soccer, in Europe the women encountered a huge mountain completely occupied by men that the women had to storm. The women were completely derided and never taken seriously in this endeavor. There was resistance to it, all over, constantly.

Do you foresee Latin American women’s teams being as successful as their European counterparts in making their path into soccer?

Markovits: The resistance to women in Latin America has been even higher than in Europe, if that’s possible. 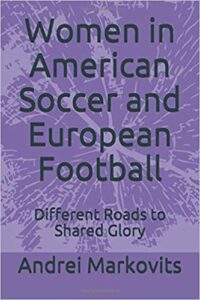 But the Brazilians met with successes because of the sheer individual brilliance of Marta (Vieira de Silva), Cristiane (Rozeira de Souza Silva), and others, though they never won silverware. I’m encouraged by the Argentinian developments. Argentina was absolutely against women’s football but the Argentinian women are now at the World Cup. They won their first point which was seen as a major success akin to an actual victory. And so I think it’s only a matter of time as to when the Latin American countries will become like France or England.

Don’t forget that in England even six to seven years ago, women’s football was viewed as a complete joke, as yet another example of American deformation of English and European culture. It was completely seen as illegitimate.

But not anymore. And it was the national team’s success that changed the women’s game stature. It started four years ago with the World Cup when the English team came in third and, most importantly, beat the Germans, which the men have not done at a major tournament since 1966. So the England national team is taken very seriously. Is the women’s club game? The answer is still no.

What about other parts of the world?

If America was an open desert for women’s soccer, in Europe the women encountered a huge mountain completely occupied by men. The women were derided and never taken seriously in this endeavor. There was resistance to it, all over, constantly.

Markovits: As this world cup shows, there is a convergence in that the American model is very similar to the Canadian model, the Australian, the Chinese, the North and South Korean, the Thai and the Japanese as well, meaning that the women’s teams and the women’s game itself became prominent and flourished because the men’s has not. In other words, women became successful in a space not culturally occupied by men.

And now there is the other option: The European countries that are at this World Cup in France are very strong and finally accepted by the federations that took them so lightly for so long. On the national side of the game — the “country” side — the women’s game has made amazing progress.

It’s on the “club” side where the women still lag behind the men. And the reason for that is obvious. On the national side, you have a ready-made huge fan base and scope of interest called nationalism. All Germans support their German team; ditto with the French, the Brazilians, the Americans, the Canadians. The clubs do not have such ready-made fan bases.

Markovits: In China, it’s very clear that this is a state project. China was the first to organize a FIFA-sanctioned World Cup in 1991 as I already mentioned. China delighted in being the host of this essentially unwanted tournament due to its quest for international legitimacy in the wake of the Tiananmen Square massacres exactly 30 years ago.

The Chinese model is the American model, namely that women are good where men are not. Although in a different way because it’s organized directly by the state, whereas in the U.S. the real motor for women’s soccer has always been the Division I colleges.

What influence do certain stars have on growing the sport in the U.S.?

Markovits: Women star players in the United States have a much greater presence than the equivalent German star players. I mean, everybody knows Abby Wambach and Mia Hamm and Julie Foudy and Brandi Chastain and Alex Morgan. Mia Hamm was featured in a number of commercials with the one and only Michael Jordan, as close to a deity as one can come in American culture. I mean it doesn’t get bigger than this.


(Top image: Megan Rapinoe celebrates during a Victory Ticker Tape Parade for the U.S. Women’s National Soccer Team down the Canyon of Heroes on July 10, 2019 in the Manhattan borough of New York City. The USA defeated the Netherlands on Sunday to win the 2019 FIFA Women’s World Cup France. (Photo by Michael Owens/Getty Images)