Do you believe in miracles? Valentine Davies did. 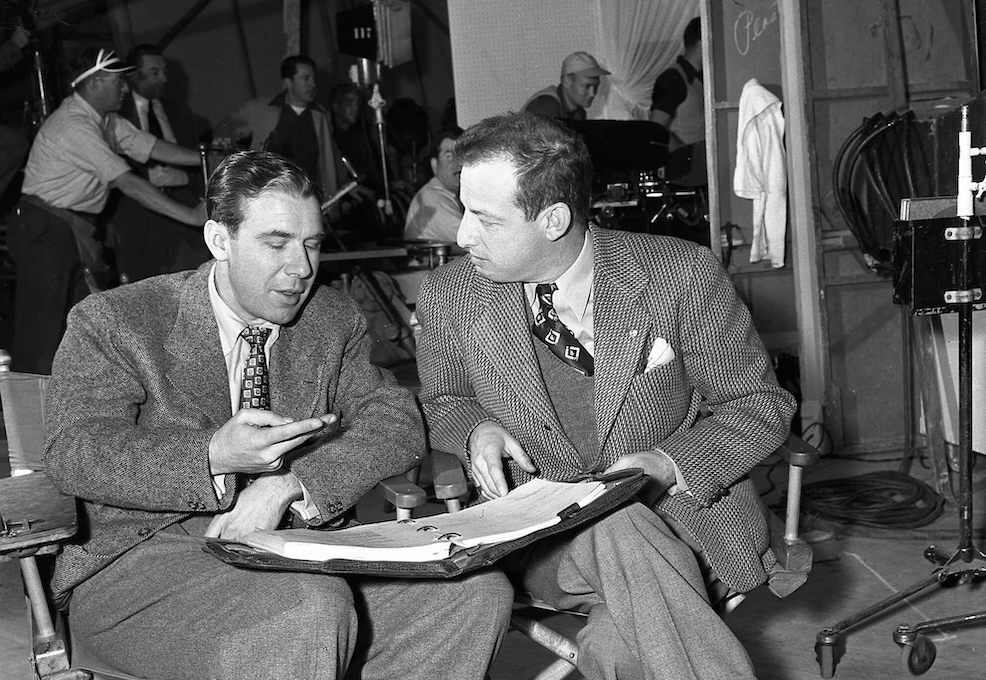 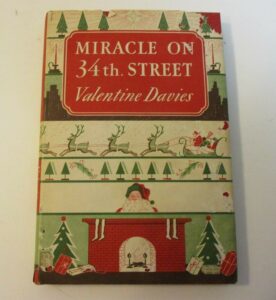 Valentine Davies wrote the story that would inspire the screenplay for ‘Miracle on 34th Street.’ Then he wrote a short novel to cross-promote the picture. (Harcourt Brace and Company, Inc., 1947.)

During World War II, a young writer named Valentine Davies, BA ’27, served stateside in the U.S. Coast Guard. Midway through the war — Christmastime 1943 — he got an idea for a story.

What would happen if Santa Claus — the real Santa Claus — found himself stranded in an iconic department store amid the commercialized chaos of an American Christmas? What if he got a close look at the rapacious retailers, the sloganeers and price-gougers, as they hid their greed under hypocritical claptrap about “goodwill toward all men”?

Davies scribbled a summary of characters and how the story might take shape — a charming old gentleman who claims his name is “Kris Kringle”; a chance encounter with a department-store manager who needs a substitute Santa in a pinch; a cynical little girl who’s been taught that Claus is merely a myth … and so on.

Davies brought his notes to a good friend he’d made back in Ann Arbor, George Seaton, an actor-turned-screenwriter/director. Davies said: See what you can do with this. Seaton got to work on a script.

Before long, the two writers were collaborating on a Hollywood film set. (That’s Davies, above and right, with Seaton.) 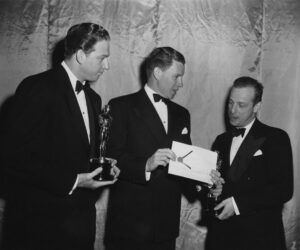 Seaton’s screenplay was first titled The Big Heart (Davies’ idea), then My Heart Tells Me, then It’s Only Human, then — finally — Miracle on 34th Street.

Twentieth Century Fox executives bought it but cast only one bona fide star — Maureen O’Hara as Doris Walker, an embittered divorcee determined to disenchant her daughter — and released it as a minor feature in the spring of 1947, of all times of the year.

“They had no high hopes for Miracle whatsoever,” recalled the actress Natalie Wood, who was cast as the Santa-skeptical Susan at the age of 8. “It was just a sort of little extra picture that was done on the sideline.”

The executives underestimated it.

Then, gradually, it gathered steam to become one of the longest-lived and most-loved specimens of Christmas cinema. The film has been deployed via every possible delivery system: the big screen, TV reruns, video cassettes, DVDs, streaming services. It was remade for television, radio, and the musical stage, then as a new theatrical release in 1994. In 2005 it was selected for the Library of Congress’ National Film Registry, which ensures the preservation of movies deemed to be “of enduring importance to American culture.”

Somehow, Valentine Davies’ pencil had pinned a scrap of magic to the page. 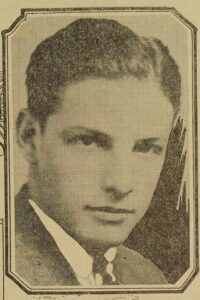 Valentine Davies in an ad for  ‘Outward Bound’ in Spring 1925. (Image: Michigan Daily.)

Davies was hardly the first writer to be dismayed by the yawning gap between Christian ideals and modern urban civilization. To take just one example, W.T. Stead, a British journalist of the 1890s, had attracted a huge readership with an exposé of the underworld economy titled “If Christ Came to Chicago.”

But Davies had been schooled in popular entertainment, not social science. When he got an idea, he considered its potential as drama. He’d been thinking along those lines at least since his college days.

Born in New York City in 1905, he grew up as the son of a well-to-do real-estate man. But business was not for him. When he arrived in Ann Arbor to start college in 1923, he plunged into U-M’s thriving theater scene.

Starting as a freshman, Davies took up criticism for the Michigan Daily, reviewing plays, movies, and music performances from professional productions in Detroit to the amateur Ypsilanti Players to the Michigan Men’s Glee Club.

At the same time, he performed in student plays and musicals, working his way up the ranks to write the show for the 1926 Michigan Union opera, an elaborate production that toured major cities. 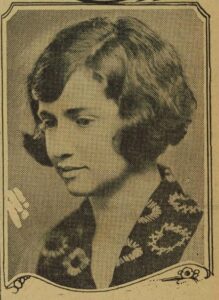 While still a sophomore, Davies had been chosen by U-M’s Comedy Club to direct and design the sets for three one-act plays. He also acted in two of them, one of which was “The Man in the Bowler Hat,” by A.A. Milne, better known as the author of Winnie-the-Pooh.

In that production, Davies took the stage alongside Elizabeth Strauss. She was a year older and the daughter of Professor Louis Strauss, chairman of Michigan’s English Department. The two acted together in several more plays, and soon after Strauss’ graduation in 1926, they were married.

Davies earned a graduate degree at the Yale Drama School, then went to work as a playwright. Three of his efforts made it to the stage, including Blow Ye Winds (1937), which attracted interest in Hollywood. So Davies, Elizabeth, and their two children went west in pursuit of bigger paydays in the movie business.

He earned screen credits for one “story” (a short outline or synopsis of a movie) and one screenplay. Then World War II was on; the Coast Guard beckoned; and Davies found himself in a crowded department store, pondering the true meaning of Christmas.

The core of a classic 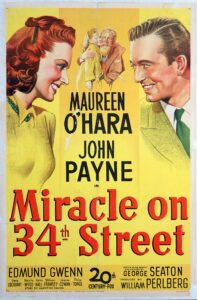 It’s unclear which marketing wizard decided to release ‘Miracle on 34th Street’ in May. (Image: Margaret Herrick Library at the Academy of Motion Pictures Arts and Sciences.)

A million Christmas movies have been made over the years. What turned Davies’ idea into a classic?

One ingredient may be its realism. It’s a modern-day fairy tale, of course. But the fantasy shows Christmas in the heart of Manhattan, the belly of the urban beast, with settings from the vast sorting room of a U.S. Post Office to the psych ward at Bellevue Hospital to the chambers of a city judge consulting his machine-politician boss. There are no elves or flying reindeer in Miracle. It’s set in the real world, and that makes the fairy tale more believable.

Another is surely its theme.

Run-of-the-mill Christmas tales are built on the idea of generosity — the giving of gifts. But the classics have quite a different motif — transformation.

In A Christmas Carol, Marley’s ghost and his fellow spirits reveal to Ebenezer Scrooge the follies of his life — and he is changed.

The Grinch hears the Whos singing their joyous hymn on the Christmas he has just stolen — and he is changed.

In It’s a Wonderful Life (released the same year as Miracle on 34th Street and still going strong), the angel Clarence helps George Bailey understand how much his small-town life has mattered — and George steps back from suicide. 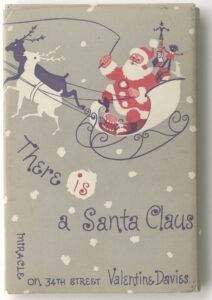 This special gift-wrapped edition of the novel was released for Christmas to promote the film, which was still playing in U.S. theaters. (Image: Margaret Herrick Library at the Academy of Motion Picture Arts and Sciences.)

So it is in Miracle. A real-life Santa brings the wonder back to Christmas and a disillusioned mother and daughter are rescued from cynicism. “Believe and you shall be saved.”

The gift that keeps giving

Davies’ success with Miracle sparked an upward trajectory in his career. While his own story was being adapted, recast, and remade in multiple formats, he continued to churn out more film treatments and screenplays. He wrote The Glenn Miller Story (1954), starring Jimmy Stewart; then wrote and directed The Benny Goodman story in 1956. He adapted the novel The Bridges at Toko-Ri into a screenplay that paired William Holden and Grace Kelly on film.

Davies also gave back to show business. He served as president of the Screen Actors Guild, then of the Academy of Motion Picture Arts and Sciences.

He died at age 55 in 1961. According to the friend who was with him, Davies’ fatal heart attack was brought on by a deep-bellied laugh.