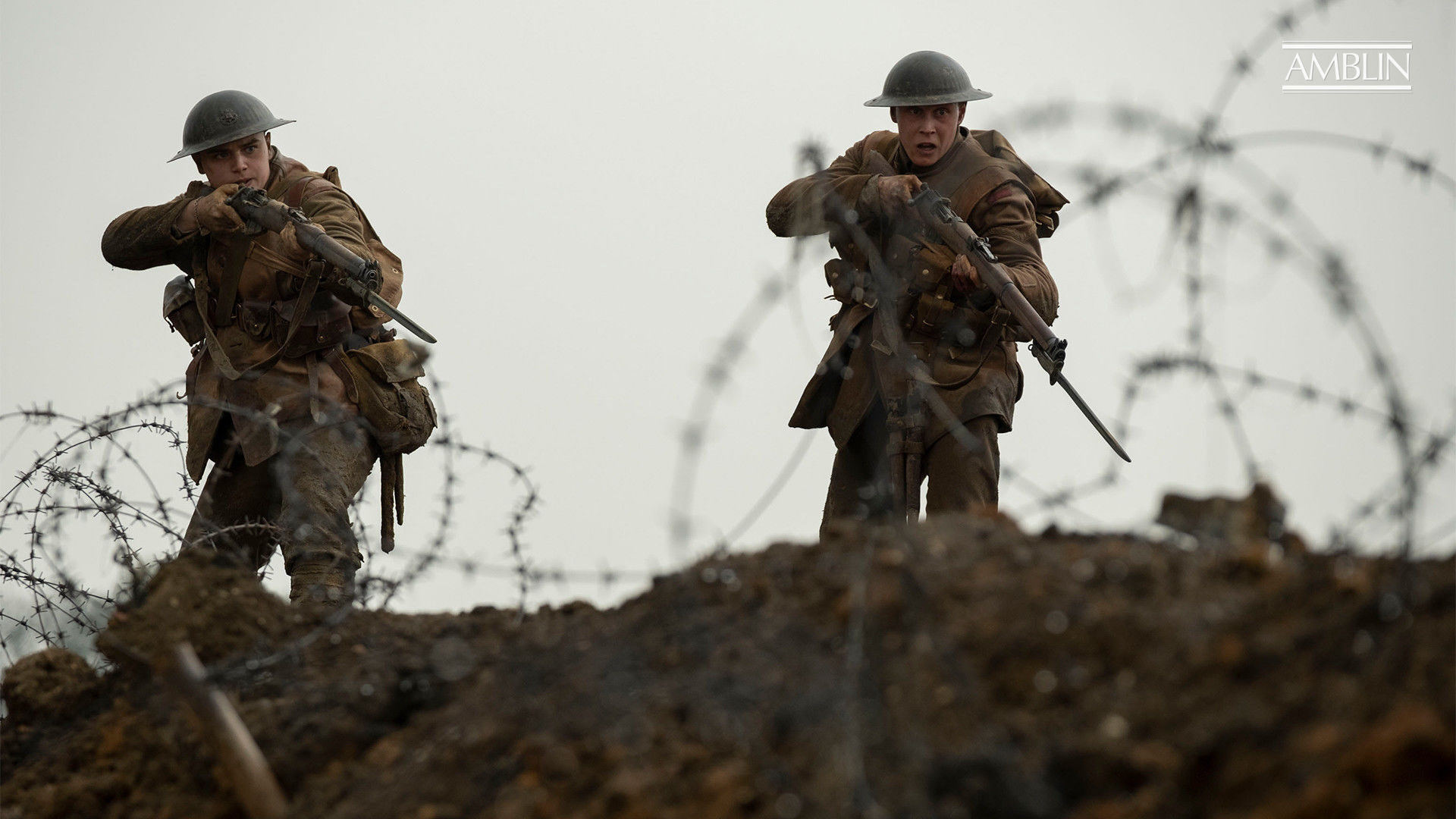 That was how the man who would become perhaps the leading proponent of peace studies in American academe — a “90-percent pacifist” who would battle his superiors at Michigan to make his voice heard — went to war.

As a thinker, Singer was a creature of World War II and the perilous Cold War with the Soviet Union that followed. Brilliant and combative, he became a pioneer in a new, scientific way of studying war, believing a way to lasting peace might be found if only humankind truly understood how war and peace are made.

He never abandoned that belief. The question that would bedevil him was: Even if academic analysts gained that understanding, would people in power pay attention? 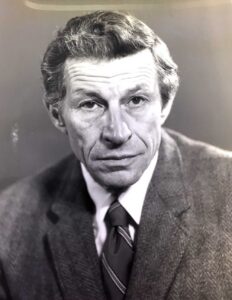 On the day Singer enlisted in the Navy, he had been as keen for glory as any American youngster. But he also had a cool head. He watched the training class of pilots ahead of his and noticed a high number dying in fiery crashes. “I thought that wasn’t so smart,” he recalled much later. He figured he could do his duty just as patriotically in naval gunnery, and he got himself transferred.

His training, including a B.A. at Duke (where he played tight end for the football team), lasted so long that the war was over by the time he was assigned to a ship. It was the U.S.S. Missouri, where Japanese leaders signed the documents of surrender in 1945. He spent many months on peacetime patrol around the world. He was planning a career in the Navy. Then his faith in the military met its first major challenge.

On Dec. 13, 1946, the Missouri was accidentally hit by a starshell fired in target practice in the North Atlantic. Fires broke out. Singer was officer of the deck. The ship was in turbulent waters. A surgeon performing a delicate operation on an injured man — Singer’s own chief petty officer — asked Singer to set a smoother course to make the procedure safer. He did so.

The captain spotted the change and asked: “Singer, what are you doing?”

“You wouldn’t do that in wartime, would you?” the captain said.

Singer replied: “Captain, I don’t think you know the war is over.”

The captain ordered the ship back on its original course, and the chief petty officer died. The next day Singer told the captain he’d like to leave active duty as soon as possible, and the captain said he’d be glad to make that happen.

Out of the Navy, though still on reserve, Singer studied news of the dawning Cold War with the Soviet Union.

“It became very clear to me that American policy was no more sensible than Russian policy,” he told an interviewer years later. “And that led me to think that we needed to strengthen the United Nations, and we needed to make the superpowers behave better.”

As he worked on a master’s degree at New York University, Singer participated in a number of peace organizations. He joined the movement to promote world federalism — a kind of super-U.N. — which he regarded as the most realistic and responsible of all anti-war efforts. Mahatma Gandhi, Martin Luther King Jr., and Winston Churchill shared Singer’s opinion.

Then, as an instructor in political science at Vassar College, he met a major behavioral psychologist named Otto Klineberg, who told Singer the future of social analysis lay in statistics. He should tool up in the methods of gathering and studying hard data.

Singer followed that advice, both at NYU, where he got his PhD, and at Harvard, where he completed more training. After another Navy hitch during the Korean War, he landed a position as instructor in political science at Michigan.

Here he would butt up against another captain who asked what the hell he was thinking. 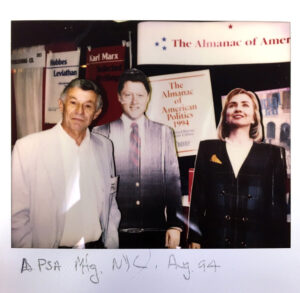 Singer’s dissertation had put him in the lead among a small cadre of academics determined to counter the work of academic Cold Warriors with a new brand of “peace research.” At Michigan, these contrarians were starting a quixotic project called the Center for Research on Conflict Resolution, which would soon publish the new Journal of Conflict Resolution. It was one of the factors that made U-M attractive to Singer, and he quickly joined in.

In Ann Arbor, he remained a peace activist. Make no mistake, however. He was the precise opposite of the feather-headed, sandal-wearing peacenik of conservative lore. The featherheads, he said, were the people who made claims about war and peace without hard data. He contended that most political scientists proclaimed grand theories about international conflict with nothing more concrete to support their ideas than convenient anecdotes and conventional wisdom.

Singer intended to collect data to test those claims the way a biochemist examines cells to test theories about cancer. And he was fearless about challenging thinkers with far more time in the academic trenches — and tenure.

All this put him in head-to-head conflict at Michigan with heavyweight political scientists who were less interested in “resolving” the U.S.’ epochal conflict with the Soviets than in winning it. One of these was the formidable chair of political science, James Kerr Pollack, whose service included advising the Roosevelt and Truman administrations on German politics.

The Correlates of War Project would be dedicated, as a colleague of Singer’s put it later, “to the systematic accumulation of scientific knowledge about military conflict in order to end it.”
Pollack and other veterans in the political science department took a dim view indeed of Singer’s emerging work.

As Singer put it, Pollack’s message to the conflict-resolvers was: “You don’t need to do any research on this, comrades. It’s very simple. It’s the good guys and the bad guys, and it’s us against the Russians. So what kind of research are you doing? You fellows must be subversive.”

More than once, Singer said, Pollack took him aside and said: “You’ve got to decide: Are you a political scientist or a peace researcher?” Singer would say he was both. Pollack would frown.

One time Singer was invited to speak to the Ann Arbor Women’s City Club about nuclear weapons testing. He looked out at his audience, observed a number of pregnant listeners, and described the health effects of the atmospheric effluvium from atomic testing.

This got back to Pollack, who again pulled Singer aside and said: “What the hell do you know about nuclear weapons?”

Quite a lot, in fact, Singer said. At the end of two years, his contract was not renewed.

That led him to a visiting post at the U.S. Naval War College in Rhode Island. He got in trouble there, too. A Cold Warrior historian and speechwriter for Richard Nixon called Singer “the spokesman for the surrender lobby.” 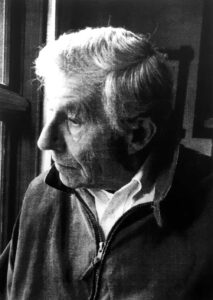 J. David Singer hoped his research would be a tool used by world leaders to avoid war.

But with a new political science chair in place at U-M, and opposition to the war in Vietnam beginning to stir, Singer was brought back to Ann Arbor. He was publishing articles like crazy, and soon he was granted tenure.

He was gathering the data he would need — a mountain range of data — to make arguments about which factors really did — and didn’t — push countries into war.

He called it the Correlates of War Project. He wouldn’t claim to find the exact causes of any given war, or to say which brewing tensions would inevitably lead directly to conflict. Instead, like a meteorologist discussing the likelihood of hurricanes over time, he intended to show which theories about war were akin to a fisherman’s hunch and which theories could stand the test of cold, clear, statistical analysis.

The Correlates of War Project would be dedicated, as a colleague of Singer’s put it later, “to the systematic accumulation of scientific knowledge about military conflict in order to end it.”

If he could prove how to avoid war, Singer figured — not to mention how to avoid nuclear catastrophe — surely people in power would pay attention.

Continue reading at “Chapter 3” via heritage.umich.edu. . .


(The lead image above comes from Amblin Entertainment regarding the 2019 film 1917, directed by Sam Mendes.)