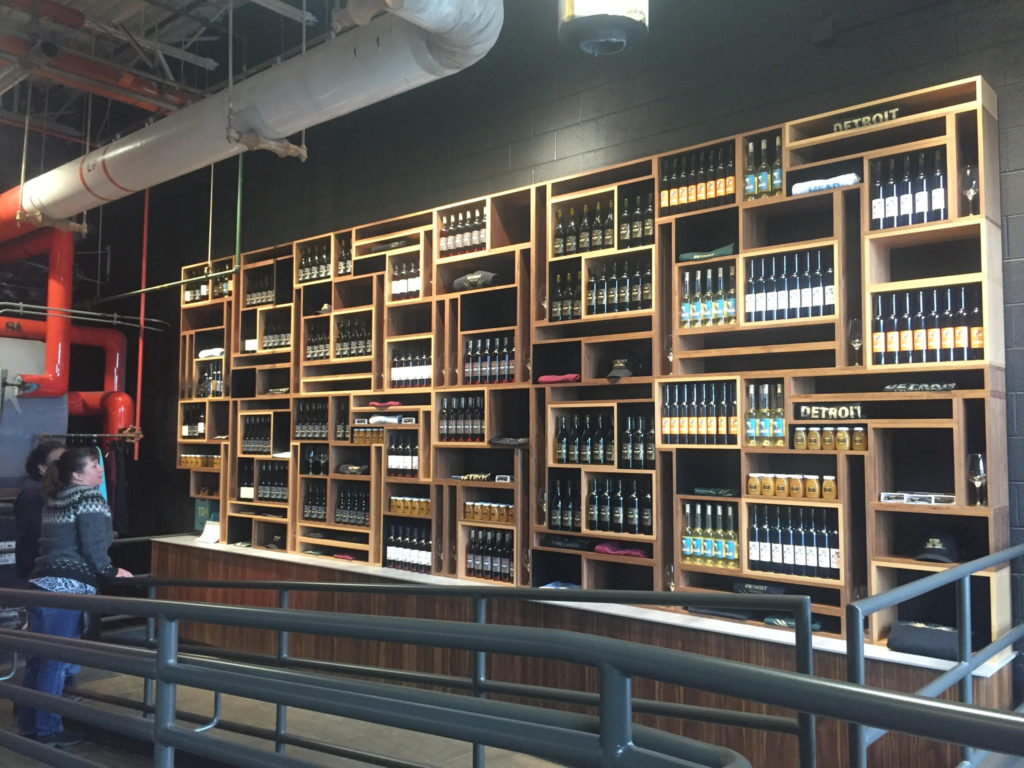 In the expansive tasting room at Detroit Vineyards, the ancient pumps, tanks, and piping of the historic building stand in stark contrast to futuristic chandeliers and gleaming fermentation tanks. Here, vintage industrial Detroit meets modern design as fast and shiny as a new Ford Shelby GT.

As native Detroiter Thomas Roberes, BBA ’13, pours samples of crisp whites and medium- to full-bodied reds, it becomes clear the crew at Detroit Vineyards defies typical notions of wineries and winemaking. The city’s ragged urban landscape hardly compares to the verdant vineyards of Napa or Sonoma. Even so, the winery leases land and teams with local growers to help transform blighted, vacant lots into productive, green spaces.

Detroit Vineyards planted its first vines in 2015 and is committed to using all Michigan grapes in its products. Many grapes are sourced from the western side of the state while the Motor City vines mature. Everything the winery sells is fermented, crushed, destemmed, pressed, racked, and bottled in Detroit. With eight employees Detroit Vineyards currently produces about 4,000 cases a year but has capacity for up to 12,000.

“I am pretty sure we will make a profit next year and continue to be profitable as more people become aware of the fact that one of the largest, and I have to say, most spectacular looking, urban vineyards in the world is in Detroit,” says co-owner Claes Fornell, the Donald C. Cook Distinguished Professor Emeritus of Business Administration at Michigan Ross. 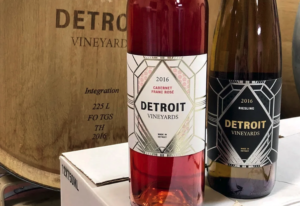 If Detroit seems an unlikely location for a winery, it should surprise no one that Detroit Vineyards’ trendy tasting room is the formerly derelict ice cream factory where Stroh’s shifted from brewing beer to producing ice cream during Prohibition. Doors opened in May 2019 and, today, the 12,000-square-foot space serves as an attractive hub for networking, live entertainment, and community events.

The atmosphere is welcoming to both seasoned connoisseurs and inexperienced novices.

“We touch a life with every bottle,” says Roberes as he moves down the bar. He is the winery’s community affairs coordinator.

Fornell had been thinking about urban wineries for a while. He spends a portion of each year in Europe and, in the last decade, he began to notice the emergence of wineries in London and other European cities. He wondered if urban viticulture could make it closer to home.

Antoine de la Mothe, the sieur de Cadillac, who founded Detroit in 1701, inspired him to try.

“Cadillac wrote to his superiors in France about the juicy beautiful grapes that grew along the Detroit River, perfect for wine,” Fornell says. “Even though land prices in Detroit have increased a great deal, they are far from, say, London levels. That meant that I could probably aim for something big in Detroit.” 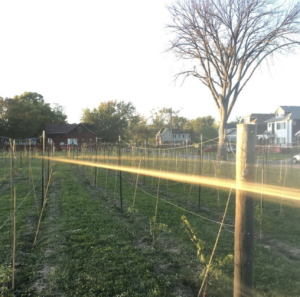 Fornell’s first idea was to plant a vineyard along the Detroit River, again inspired by Cadillac.

“There were several derelict parks along the river, and I thought I could make it beautiful by putting one or more vineyards there,” he says. “I also looked at Belle Isle, but there is only a small part of the island that has soil suitable for wine. I worked with the mayor’s office for quite some time to get this done, but to no avail.”

Shifting gears, Fornell decided to purchase and lease smaller lots in the city with the help of U-SNAP-BAC (United Streets Networking and Planning; Building A Community). The consortium of seven neighborhood organizations and four business associations is working to revitalize the East Side of Detroit. Detroit Vineyards now has an acre’s worth of vines growing around the East Side.

A commitment to local viticulture is excellent in theory, but can Michigan grapes compete with their California cousins?

Christopher Southern, Detroit Vineyards’ winemaker and general manager, is anxious to prove they can.

“As precision viticulture in our state improves, so does the quality of grapes produced,” he says. “Our climate is more variable than California. We tend to have better success with varietals that grow well in regions with climates like ours.”

He cites Reisling and Pinot Noir as examples as well as hybrid varietals such as Traminette, Vignoles, and Marquette. 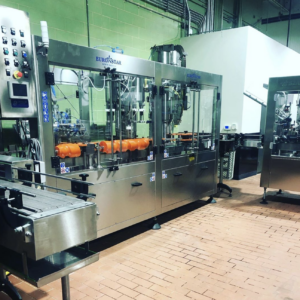 On Saturdays, Roberes leads public tours where he enjoys teaching consumers about wine. Even better: “I love when people tell me they’ve been to Napa Valley or France and have learned more on my tour than being in those prestigious wine regions.

“I also feel my position inspires other African Americans who grew up in Detroit to know you can be anything in this world if you put your mind to it. I will continue to use my platform to uplift residents in Detroit because I love this renaissance city I was born and raised in, and I know there are many more future great winemakers to develop.”

Detroit Vineyards is weaving itself into the city in other ways, too. The winery’s menu includes cheese and charcuterie from Detroit’s Mongers’ Provisions; the winemakers send grape skins to Colorwheel, a natural dye collective in Detroit; and the tasting room hosts local chefs for pop-up events that pair local fare with Detroit Vineyards wine. The weekly schedule includes Lyrics & Libations (a poetry and open mic night), ballroom dance lessons, and networking opportunities.

These connections provide economic, environmental, and social benefits to the surrounding community, says Fornell. “It is important for us to have the support of the residents in Detroit,” he says. “Without that, it would not be possible to have a successful business. It’s rewarding to have created a beautiful place where people can have a great time enjoying good wine, food, and music.”

About the Author
TERRI PETERSON SMITH is an award-winning freelance writer and photographer specializing in travel, food, and environmental topics. Her work has been featured in USA Today, Delta Sky, Acura Style, ROVA, National Geographic Green Guide, Scientific American, and many others. She has also written two books, Off the Beaten Page: The Best Trips for Lit Lovers, Book Clubs, and Girls on Getaways, and Unique Eats and Eateries of the Twin Cities and publishes a travel blog, Offthebeatenpagetravel.com Terri received a BA in history and journalism from U-M and an MA in journalism from Indiana University. Born and raised in Michigan, Terri currently lives near Minneapolis with her trophy husband and a big dog.
Social
Share on: Share on Twitter Share on Facebook