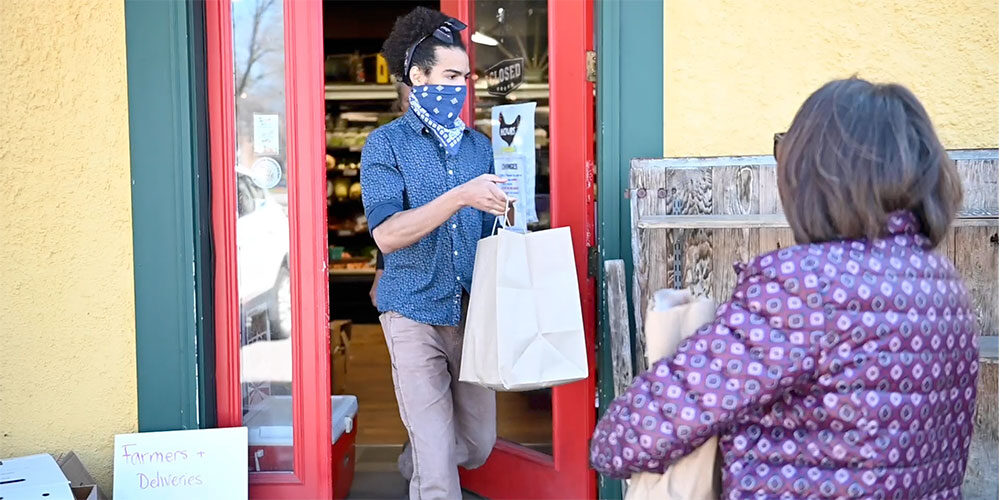 Reports of rivers of wasted milk and fields of rotting onions no longer needed by restaurants showed the limitations of the food industry to quickly pivot during times of great stress, but local farms and stores have stepped in to fill consumers’ needs.

Ravi Anupindi, professor of technology and operations and faculty director for the Center for Value Chain Innovation at Michigan’s Ross School of Business, says that as demand shifted from restaurants and institutional settings like schools to grocery stores during the pandemic some waste was inevitable. Take milk, he says.

“A large fraction of milk goes to schools in single-serve packaging; milk is also consumed in bulk at restaurants,” he says. “With schools closed, some of those sales move to grocery stores but then manufacturers have to adjust their packaging appropriate for grocery store sales. Also, kids may not fully consume milk in single-serve cartons in schools but at home there will be less wastage, which means overall milk consumption comes down.”

That, coupled with labor shortages leading to lower harvest productivity and transportation under strain, leads to food spoilage. While this hurts larger farms, “local farms can try to adjust to sell directly to consumers or through smaller local stores,” Anupindi says.

Envisioned as a year-round farmers market when it opened more than five years ago, it bridged the gap between more than 200 local farmers and food producers and consumers who wanted to buy fresh, local food.

While the supply network is still adapting for larger grocery players, Argus doesn’t need one. If the store needs flour, they call Linda and Lee Purdy near Fenton, Mich., for a truckload. Farmers stop by every couple of days to refresh the supply of kale, lettuce, or basil, Sample says.

“We’ve developed this over the past five years, so it’s given us an advantage,” she says.

They hope customers stick with them and other smaller local businesses that were able to support them when the chain stores struggled.

Joe Trumpey, associate professor at the Stamps School of Art & Design, says the pandemic could get more people thinking about environmental sustainability and the role of food in that.

“Thinking about your food is critical. It’s like the run on toilet paper. People want to have the essentials. When we see people upset about not finding eggs or vegetables they start to look at alternatives, so it’s only logical that we’re thinking about local food systems and local farms,” Trumpey says. “Hopefully it will domino effect into resilient thinking in other supplies and even our power grid.”

Small stores are easier for local suppliers to access because they lack the bureaucracy of big retailers like Walmart or Kroger where corporate approval is needed to bring on new suppliers, Anupindi says.

“Up until now, going ‘local’ was labeled as a more sustainable option and often demanded premium prices, so only certain types of stores had local foods,” he says. “But one could also view local sourcing as an element of a resiliency strategy.”

Still, once the food industry has righted itself and filled those shelves empty of toilet paper, flour, and other staples, it will likely lure many consumers back, Anupindi says.

“When supply chains swing back to normal, larger chains will compete better on price and availability,” he says. “Prices are likely higher in smaller stores; with incomes impacted, consumers will look for cheaper costs and go back to larger chains.”