When a student activist goes pro 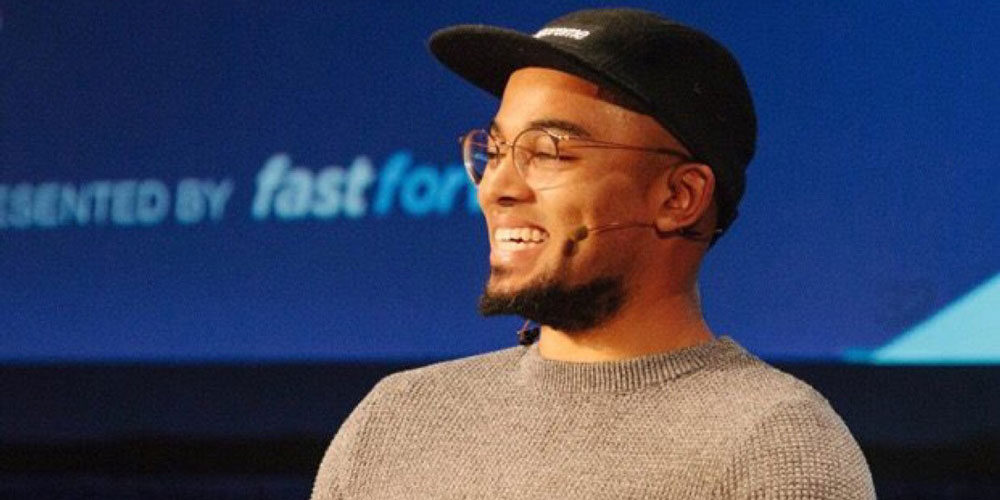 Tell me what you see 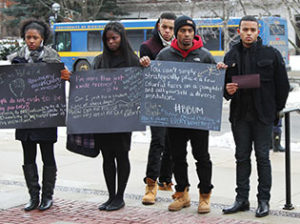 Optics transcend words when communicating the urgency of a movement like Black Lives Matter (BLM). To say police killed George Floyd in Minneapolis is one thing. To watch his murder play out in real time, for nearly nine minutes, is quite another.

As a student activist at U-M, tech entrepreneur Robert Greenfield IV, BS ’15, recognized the power of optics early on. He was treasurer in the Black Student Union (BSU) and a leader of 2013’s campus-wide Twitter campaign Being Black at Michigan (#BBUM). The group staged its first event on MLK Day 2014.

In a classic example of organizing for strategic impact, the students generated national media coverage by making seven dramatic demands of the administration. Activists replicated the campaign at other universities and sparked a national dialogue about diversity on college campuses.

Fast forward to early June 2020. COVID-19 has virtually locked down the nation. BLM activists have taken to the streets to protest police brutality where they are met with more police brutality. Outbursts of fringe violence spark looting amid mostly nonviolent marches. The police respond with tear gas and rubber bullets. Chaos is the order of the day. And Greenfield, now based in Oakland, Calif., is still in the action and still thinking strategically.

Taking it to the streets

Today he is co-founder and CEO of the public benefit corporation Emerging Impact. Still an activist, Greenfield leverages emerging technology to lead social impact pilots with major NGOs and international aid organizations. Most recently, he has been helping coordinate BLM marches in his current home city.

“Kneeling in front of the Oakland PD is really powerful but it’s also scary as hell. If we do this, will they shoot us?”
“What are the protest routes, the protest schedules that will 1) get our point across, and 2) create the kind of imagery for people outside the state and the country to see this and say, ‘OK, this is really bad,’” he says.

An image of nonviolent citizens kneeling in front of police headquarters would make a profound, multilayered point, he thinks. It might pull the country’s attention back to the core movement and away from the rioting.

It would be a more dramatic move than anything he’d done with #BBUM. Marching alongside 15,000 activists who outnumber police in a major American city stands in sharp contrast to protesting on the Diag, he says.

“Kneeling in front of the Oakland PD is really powerful but it’s also scary as hell,” Greenfield says. He couldn’t help but wonder: “If we do this, will they shoot us?”

Worse than it looks

After graduating from U-M with a degree in industrial engineering, Greenfield earned his MBA from Goizueta Business School at Emory University. He took the combined skill set to the social impact space and has since traveled to New York, Atlanta, the Philippines, Hong Kong, and more.

“Being on the post-graduate side, you start to realize a lot of the things you saw as injustices when you were a student are actually worse when you start working.”
His idealism has taken a few hits since 2014, though. He and his fellow student protesters had demanded the U-M administration work to increase black enrollment to at least 10 percent. Still, just 4 percent of domestic undergraduates are black today.

“Being on the post-graduate side,” Greenfield says, “you start to realize a lot of the things you saw as injustices when you were a student are actually worse when you start working.”

Diverse executive teams and employee resource groups may be well-intentioned, “but that doesn’t substitute for a company actually caring, or a team being culturally competent,” he says.

Experiencing deeply rooted, intergenerational biases in the workforce has hardened him.

“Unfortunately, you get to a point where you just don’t feel anything: You’re numb. And then the other part becomes kind of strategic, like ‘OK, what dosage of racism am I going to accept within my life and how am I going to traverse that?’”

Racism goes far beyond hearing the N-word, says Greenfield. He is talking about events that can “completely transform people’s life trajectories to the point they don’t realize their full selves.”

The patience required to experience fundamental change in corporate America is in short supply for young black graduates on an executive path, he says. Greenfield predicts more black employees will evolve into black business owners, like himself.

“When I look at colleagues who are my age, I see a lot of people who are tired,” he says. “Emotionally tired. And it’s far too early for them, given their age. So a lot of them are going into entrepreneurship or grad school to figure out a way to build wealth in a more self-directed lifestyle than what they’ve seen so far.” 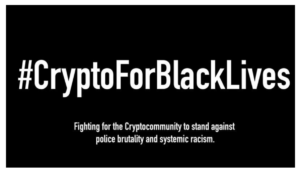 For Greenfield that journey led to the world of cryptocurrency and blockchain technology.

“We are attempting to disintermediate power centers by trying to make everything peer to peer,” he says, sounding every bit the industrial engineer who went to b-school.

“We are using technology to get away from all these dominant forces,” Greenfield says, “But a lot of this infrastructure has the same root in racism that a lot of other things do.”

He blogs candidly about mistakes he feels tech and blockchain firms are making while telling them: “These are the things you need to do.”

He wants firms to sign a pledge to release diversity reports about employee makeup. At the very least, he says businesses should sign the pledge #CryptoForBlackLives to stand in solidarity against police brutality and systemic racism. “And that they’ll release a plan as to how they will take action, both within and outside the company.”

As for society at large, chipping away at systemic racism through the electoral process requires persistence and consistency, starting at the local level, Greenfield says. It could take multiple election cycles for real improvements to take hold.

Till then, he’ll continue to strategize new ways to force change. “Unfortunately we’ve come to realize there is no amount of video that is going to convince everyone that racism exists.”