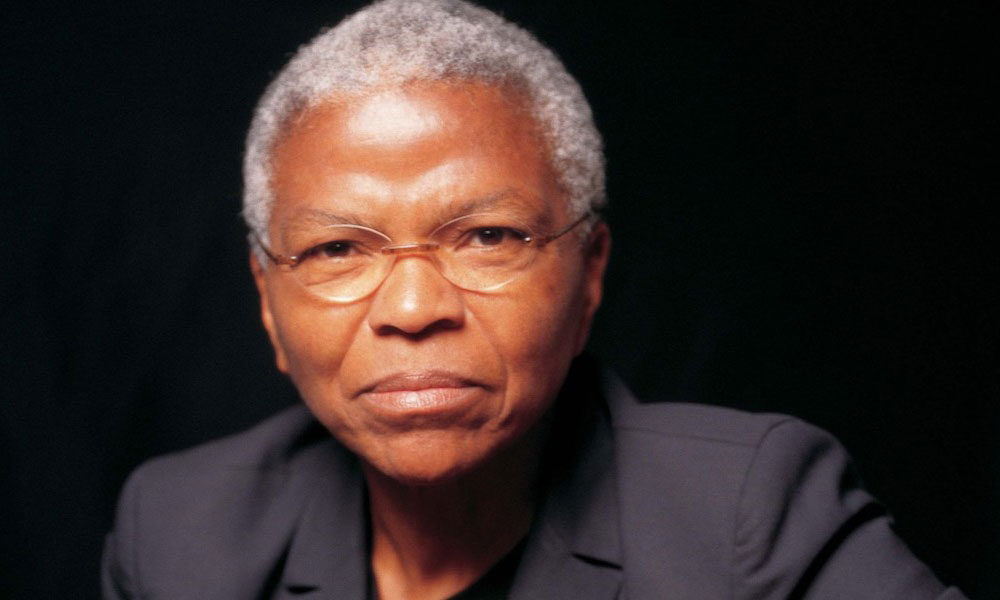 The 2020 political conventions are over. The candidates have accepted their virtual nominations via Zoom. The opposing versions of reality have been broadcast to a polarized nation of voters.

“If you just sit around and let the politicians tell you that ‘all you need to do is vote,’ that’s the biggest mistake you can make.”
And, as in virtually every presidential election since George Washington’s second term, Americans have trained their focus on the leading candidates at the top of each opposing ticket. As a collective, it seems, U.S. citizens set impossibly high expectations for the future leader of the free world. We invest an inordinate amount of energy into the sole individual who becomes our nation’s chief executive, and wait anxiously for Nov. 3.

Historian Mary Frances Berry, PhD ’66/JD ’70/HLLD ’97, doesn’t play that game. The author of History Teaches Us to Resist (Beacon  Press, 2018) has worked for multiple administrations of both parties. Some presidents were ideological allies. Others were adversaries. All were recalcitrant till pushed.

“You can’t blame politicians for acting politically,” Berry says. “That’s what they do.”

Berry is one of the nation’s leading activists for gender equality and social justice. She actively protested the Vietnam War and advocated for the Free South Africa and civil rights movements. Her extensive career spans six decades and includes leadership roles in both higher education and government service. She is the Geraldine R. Segal Professor of American Social Thought at the University of Pennsylvania.

MLaw Honors Dr. Mary Frances Berry, ’70, as 2016 Distinguished Alumna
“People completely miss the point when they say, ‘The election is almost here; you should put your efforts there instead of protesting,’” Berry says. “If you have big issues that you want dealt with — whether it’s race, whether it’s climate change — you have to make the [administration] do whatever it is you want. You need to make them commit before the election and you need to be prepared to push them once they are elected. You should be organizing around that. This is the time you should gird up for a great battle and get ready for real extensive protests till you see it happen.

“If you just sit around and let the politicians tell you that ‘all you need to do is vote,’ that’s the biggest mistake you can make.” 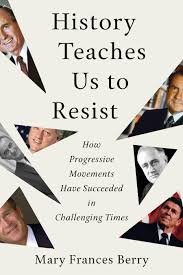 Berry is the former chairwoman of the United States Commission on Civil Rights, an appointment made under President Jimmy Carter that she sued to retain under President Ronald Reagan. In addition, she was provost of the Division of Behavioral and Social Science at the University of Maryland, College Park, and was the first African American chancellor of the University of Colorado at Boulder.

Soon after Donald Trump was elected U.S. president in 2016, she grew weary of the Democratic “mourning” about his perceived shortcomings and demagoguery. The anti-Trumpers who took to the streets were off the mark, she says. So she wrote the book (her 13th), which is subtitled How Progressive Movements Have Succeeded in Challenging Times.

“The idea of the book was not ‘organize to oppose Trump,’” Berry said during a live, digital presentation at New York’s 92nd Street Y in August. “I am not interested in changes in personal behavior. I want structural change.”

The text reminds activists that protest is an essential element of politics. And progressive movements can flourish, even in these perilous times of violence in the streets, a climate crisis that produces fire tornados, and a global pandemic that has claimed more than 180,000 American lives.

“I think the book is more important today than when I wrote it,” she said.

Following are Berry’s thoughts on social activism in 2020.

Most political runs are about putting people in office who may do something, but who usually are most concerned about getting re-elected or making appointments. After they win, they will be most interested in donors, cronies, old friends.

That’s why it’s so important to have clear, immediate goals and demands, and you have to be consistent and persistent in applying pressure. Many of the people participating in the BLM protests voted for Democrats who control the House of Representatives at this moment. And members of the House can say, ‘Oh we passed something,’ and act as though that’s enough. Well, even if you did pass something, you need to work on it, and try to figure out how you can pass something into law. Because it’s not the House of Representatives that’s a co-equal branch of the government. It’s the House and Senate — the Congress.

The only way you get politicians to do anything is to make them do it. When Barack Obama was elected, no one would pressure him to do anything because we were just so damn happy he was there. People would say, ‘Leave him alone. Let’s make sure we can have him four more years.’ Everybody agrees that his policies were less than robust. It was the same with Bill Clinton. The progressive community was so happy he was elected that they left him to his own devices. And he knew that.

Be patient, but relentless

The people in power always think you’ll give up. They wait you out. So when you start a movement to make major social change, you have to be in it for the long haul. This pandemic and the economy seem to allow people the time and flexibility to be persistent right now.

In the Free South Africa Movement, we protested every day for 18 months at the embassy in Washington. We got protesters arrested every night. Protests were organized on college campuses and around the country. After a year of protesting, we got Congress to pass sanctions and then Reagan vetoed it. So we protested for another six months. Ultimately those sanctions helped to secure Nelson Mandela’s release from prison and end apartheid.

You need an identifiable leader and a spokesperson. This is where Occupy Wall Street struggled. The media did not know who to talk to. You also cannot let your movement be hijacked by people who come in and who really don’t agree with what you’re doing or who don’t want your movement to succeed. I saw a young woman on TV who was saying the looting and the violence [around the BLM protests] didn’t make any difference. It was fine, she said. She shouldn’t have said that. Because looting and violence is not fine. That narrative is not going to advance understanding of what you’re doing or to get people to listen.

When we look back on 2020? Unfortunately, we’ll say a lot of people died and a lot of people got sick from [the coronavirus]. People will talk about how we bounced back from all the economic dislocation. The question is, are we going to change the things we should have changed already on social justice and inequality in our society? If I had to guess, I would say we will change it incrementally, which is what always happens. But we’re not going to get rid of injustice altogether.

And let us hope that another unarmed person does not get killed or brutalized in the meantime.