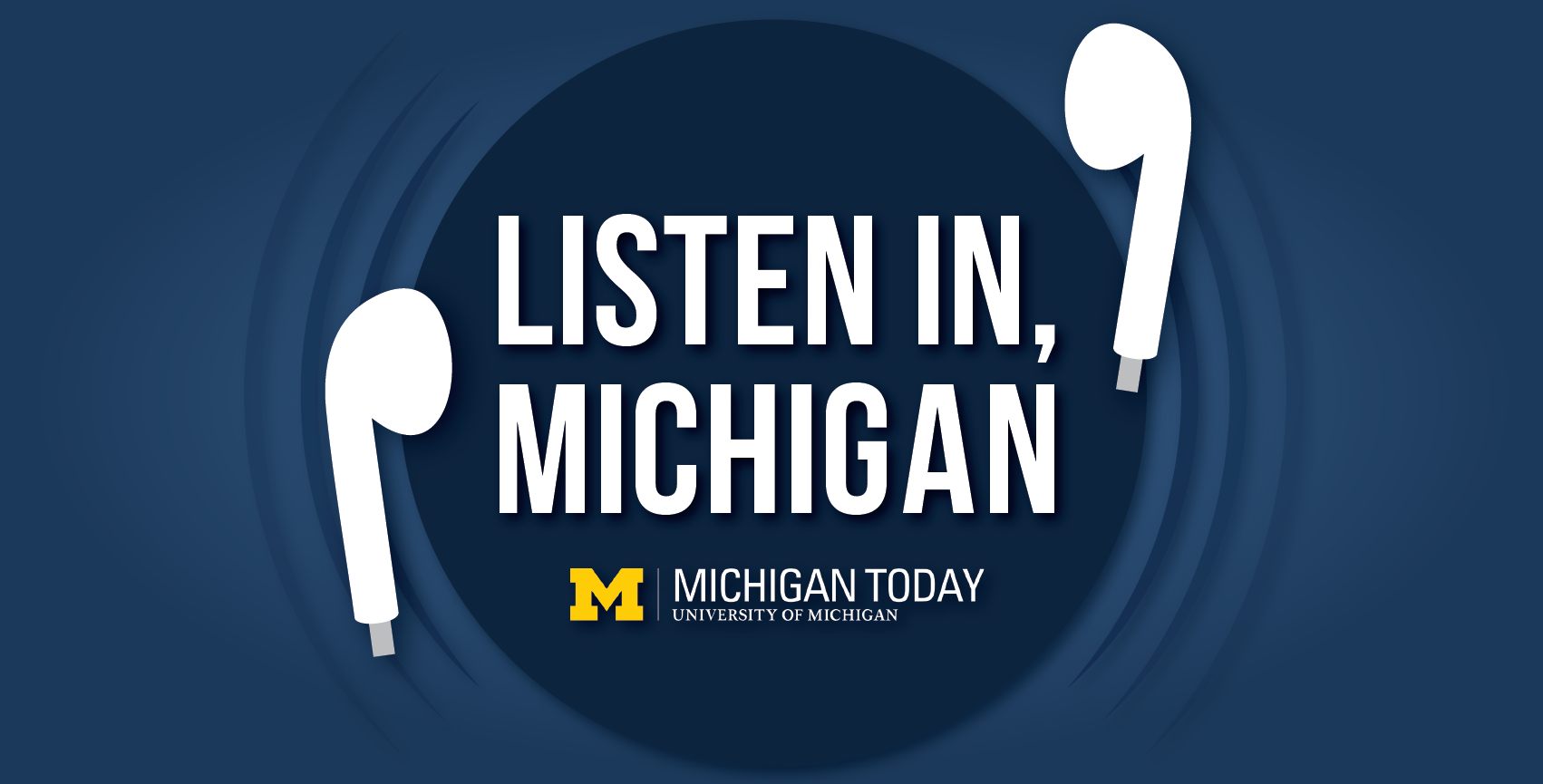 The word activism conjures a host of dramatic images. Many feature explosive conflicts as rage breaks through smoke and flame. Others are full-color visions of vitriol as protestors tangle with riot police. And then there’s that solitary warrior standing down a tank in Tiananmen Square.

Rarely does one’s imagination settle on the conference-room table, the literal anti-archetype of action, momentum, and social progress. But that’s exactly where one of the most significant movements in recent history took place. In her book, Conquering Heroines: How Women Fought Sex Bias at Michigan and Paved the Way for Title IX (University of Michigan Press, 2020), author and longtime journalist Sara Fitzgerald, BA ’73, describes a protest that took place mostly in secret, steeped in stealth, subversion, and, yes, mountains of paperwork.

“These women were not making pictures as they were stuffing envelopes in the middle of the night,” says the author, a former editor at The Washington Post.

The movement to confront sex bias on campus may have been wonkier than antiwar protests and boycotts on the Diag. “But as I began to work on it, I realized it did have suspense, and it was, in a little way, a thriller that had clandestine aspects to it,” Fitzgerald says. 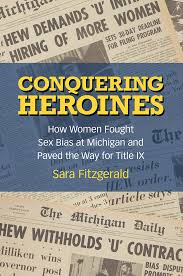 It’s also a bit personal. As a Michigan Daily reporter assigned to the labor beat, Fitzgerald found herself covering a movement that would change her life and the lives of all university women. By graduation in 1973, she was thoroughly schooled in federal regulation and enforcement, a skill that would serve her well as a professional journalist in Washington, D.C.

The Daily gig evolved into the “sex discrimination beat,” and Fitzgerald followed the key players who set the stage for passage of Title IX legislation. Jean King, JD ’68, was a lawyer, Democratic activist, and mother, who once worked at the University. Kathleen Shortridge, MA ’70, was a graduate student in political science and journalism, who published an exposé in the Daily’s Sunday magazine that revealed gross inequities in hiring and admissions at U-M. And to a lesser extent, they found support from insider Barbara Newell, a protégé of then-President Robben Fleming, who was the only female VP in the administration (albeit, an acting one).

“There were a lot of things at stake, and some of the people involved were colorful characters,” Fitzgerald says, noting there were trust issues and personality conflicts along the way. “I felt it was a compelling story; I certainly felt that way when I was living through it.”

The Education Amendments Act of 1972, which encompasses the law we know today as Title IX, protects people from discrimination based on sex in education programs or activities that receive federal financial assistance. It corrects a grievous omission in the historic civil rights legislation of 1964, which had excluded women in academia. For years, female scholars, administrators, staff, and students were not entitled to the same opportunities, salaries, and athletic facilities as their male counterparts.

The movement to confront sex bias on campus may have been wonkier than antiwar protests and boycotts on the Diag. “But as I began to work on it, I realized it did have suspense, and it was, in a little way, a thriller that had clandestine aspects to it,” Fitzgerald says.

One can only imagine how much worse life would have been for women at Michigan — and later throughout academia — if not for a spring 1970 meeting of the new Professional Women’s Caucus in New York. There, U-M’s King encountered Bernice Sandler, PhD, who explained how she had just sought legal recourse after being passed over for a promotion in her expanding department at the University of Maryland.

“Sandler connected the dots that virtually every major university or college was a federal contractor,” says Fitzgerald. Now she had something tangible to work with.

Sandler and the Women’s Equity Action League filed the first sex discrimination complaint against the University of Maryland in January 1970, setting off an investigation by the U.S. Department of Health, Education, and Welfare (now the U.S. Dept. of Health and Human Services). 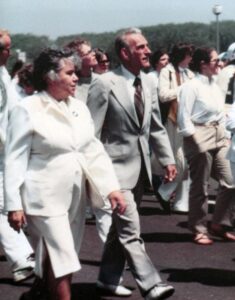 King realized the strategy would likely work at Michigan since the University held the second-largest volume of federal contracts. She set about quietly enlisting support from friends and other U-M staffers. Shortridge, meanwhile, gathered additional documentation without raising red flags. All told, this material would anchor the May 1970 complaint to HEW filed by the Ann Arbor chapter of FOCUS on Equal Employment for Women.

So began an arduous and complicated legal journey as U-M and HEW parried back and forth for the next two years. King rallied her invisible network of well-placed secretaries to monitor and report on the administration’s response to the government. Many staffers copied and shared sensitive documents and correspondence that bolstered the women’s case.

These kinds of quiet, detail-oriented efforts resulted in multiple complaints at multiple universities, forcing a change in the environment that culminated in the Education Amendments Act of 1972. But the spoils have been a long time coming. U-M’s first and only female president, Mary Sue Coleman, was not appointed until 2002.

Decades later, Fitzgerald would access President Fleming’s papers at U-M’s Bentley Historical Library to read for herself the often-disparaging ways he and other university presidents dismissed the sex bias issue on their campuses.

“The memories still involved a lot of pain and anger,” Fitzgerald says of the female faculty members she met in the course of writing the book. “They’re happy the story has been captured, but I recognize that it was very difficult times for them.”

The federal government continues to respond to sex discrimination complaints on university campuses. In mid-October, Business Insider reported Princeton University will pay nearly $1 million in back pay and some $250,000 in future wages as part of a settlement agreement with the U.S. Department of Labor. Not surprisingly, Princeton admitted no liability and said it will make institutional changes, such as “conducting pay equity trainings for its employees.” Meanwhile, Yale University also recently adjusted the salaries of women who are teaching in its medical school. Both settlements were initiated by the Northeast Regional Office of the Office of Federal Contract Compliance at the U.S. Department of Labor.

“The problems still go on,” Fitzgerald says. “But clearly there’s a federal civil servant who’s continuing to ask questions and look at records.”

And while diving into records may not be a strategy that makes for dramatic protest photos, it’s an effective template that still works, Fitzgerald says.

“As we revisit this era and look at it with new eyes, we learn that our victories are built on the shoulders of women or leaders who went before us. And those are important lessons.”