So… What would Benedict Arnold do? 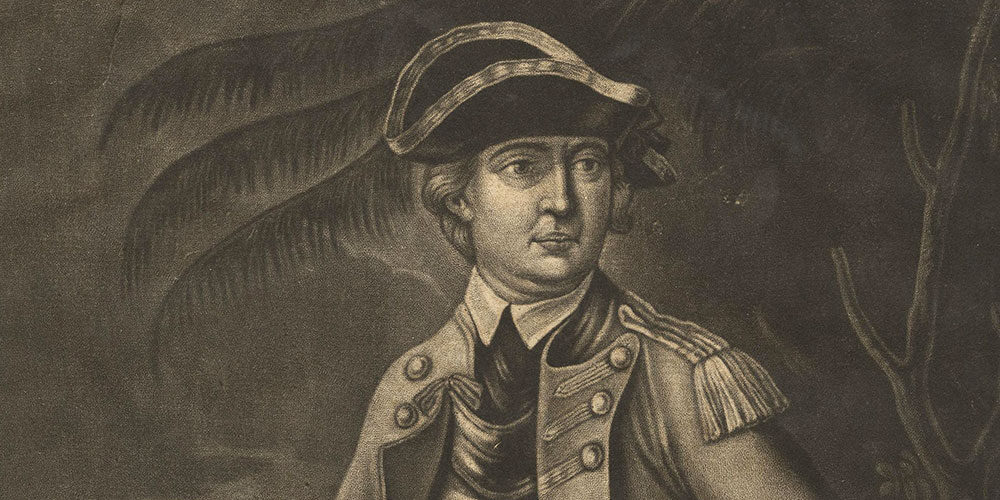 How perplexed Benedict Arnold would have been when confronted with American treason, circa 2021. Imagine the cognitive dissonance when he realized the insurrectionists of Jan. 6 published their plans in advance, and then broadcast their chaotic rebellion in real time. The goals varied widely. Everything happened so fast, seemingly instantaneous.

When Arnold turned coat in 1779, the deed was done under a thick shroud of secrecy at a sloth-like pace. As the Brutus to George Washington’s Caesar, Arnold used complex ciphers and invisible ink in an attempt to sell military secrets to the British. Messages (if they were not intercepted) took weeks to reach their destinations, often crossing in transit. The vilest form of treachery required tremendous patience back in the day. 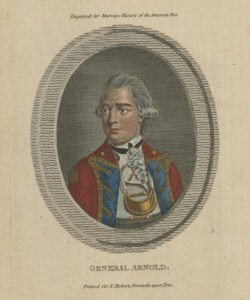 It’s impossible to know whether Arnold would have cast his lot with the unruly mob who breached the U.S. Capitol this January. Vain and arrogant, Arnold favored precision, clarity, and a clear chain of command, says Cheney Schopieray, curator of manuscripts at U-M’s William L. Clements Library.

Arnold, he says, was arguably the best field commander in George Washington’s Continental Army. “People forget that his heroism preceded his treason, which makes it that much more devastating.”

Schopieray oversees the Sir Henry Clinton Collection at the Clements Library, which contains some of the most damning evidence of Arnold’s chicanery during the earliest days of our nation. Clinton was the British commander-in-chief in America when their relationship was exposed. Arnold was commander of West Point. Their coded exchange seems to secure Arnold’s legacy as the villain of the American Revolution.

“But that seems oversimplified to me,” says Schopieray. “It’s not fair to cast him as a morally bankrupt scoundrel just waiting for the moment to make his true nature known. I think Arnold was a complex human who made a decision that ultimately was on the wrong side of history, with a capital H.” 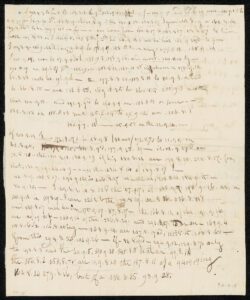 The letters began in May 1779; they show Arnold’s deception was singular and his motivations were personal. Politics didn’t seem to drive him as much as financial gain.

The most significant coded letter in the collection is dated July 15, 1780. The text explicitly names Arnold’s treasonous actions and the terms for those actions. He specifies a price of 10,000 pounds sterling if his actions failed to deliver West Point and 20,000 pounds sterling if the scheme was successful, “a cheap purchase for an object of so much importance.” He also requested a thousand pounds to be paid to his intercessories.

“It makes the hair go up on the back of your neck,” Schopieray says.

“The correspondence is so cold and businesslike that it plays into the picture of Arnold as someone who is completely unapologetic about what he’s doing. It’s like ‘What do I need to provide, and how much is it worth to you?’”

Arnold’s letters with Clinton follow a complex book cipher using the unpaginated Bailey’s Dictionary, 21st Edition (1775). Each correspondent had a copy of the book, which they paginated themselves. Every word was keyed to a three-part code that relayed the dictionary page number, the line of text, and the sequence within the line where the word could be found. Sometimes Arnold would tweak the page numbers by one numeral and alert the messenger to inform the recipient.

For Schopieray, handling the documents at the Clements Library is like stepping into a “a time machine.” 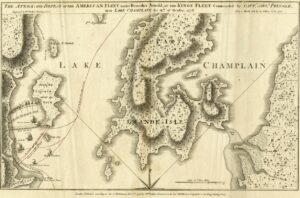 The attack and defeat of the American fleet under Benedict Arnold, by the King’s fleet upon Lake Champlain, the 11th of October, 1776: From a sketch taken by an officer on the spot. Click to enlarge the image. (William L. Clements Library.)

Library founder and U-M Regent William Clements donated his trove of 18th– and 19th-century American artifacts to U-M in 1920, along with funds to construct a building. He purchased the  Clinton Collection in 1925 and it arrived on campus in 1937. It contains 16,500 separate documents, including letters and papers received by British Army Headquarters. More than 360 maps document the early settlement of America and the strategic maneuvers of the British Army. Clinton’s personal war chest also is held at the library.

A key highlight of the collection is, of course, the stream of intelligence reports from British spies posing as part of the Rebel Army, as well as the traitorous letters between Arnold and Clinton. Carl Van Doren, author of The Secret History of the American Revolution (1941) was first to source the material. One of Schopieray’s favorite books on Arnold is 2016’s Valiant Ambition by Nathaniel Philbrick. 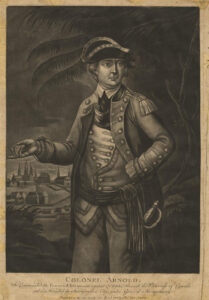 Perhaps it is because he was so flawed that we are still talking about Arnold 240 years after his failed attempt at treason.

“I’m interested in historical figures that have very human flaws, ordinary people that struggle and make harmful decisions, who strive for goals they don’t reach,” says Schopieray. “I look for [a character’s] humanity; I prefer that to the more the polished heroes — and villains — of history.”

Prior to the war this man with “very human flaws” was an apothecary and merchant. He also indulged in a little smuggling on the side; outwitting the Brits in trade was considered “patriotic” by the Americans.

Arnold was a skilled military strategist but he was passed over for promotion multiple times. He even resigned his commission at one low point, but Washington refused to accept and dispatched him to the Battle of Saratoga where Arnold fought with tremendous valor. But when he still wasn’t recognized, his mood festered along with the leg injury he incurred while defeating General John Burgoyne.

As military commander of Philadelphia in the summer of 1778, Arnold hobnobbed with wealthy Loyalists. From what he could tell, the American cause was suffering, and sentiment seemed to be turning. He married Margaret “Peggy” Shippen in 1779 and his attempts to support his wife’s rich tastes exacerbated his financial distress. All the while, Arnold was embroiled in a legal scandal with the radical Whig Joseph Reed by which only a court-martial could clear his name.

Watch: “The Treasonous Correspondence of Benedict Arnold” – Virtual Discover Series
Much-maligned and going broke while he awaited his court date, he wrote a desperate letter to Washington in May 1779 that many scholars cite as a clue to Arnold’s imminent defection: “If your  Excellency George Washington, thinks me criminal, for heaven’s sake, let me be immediately tried, and if found guilty, executed. I want no favor. I only ask for justice.”

“He sounds frazzled, like a man on the edge — unsure of what he’s going to do next,” Schopieray says. “And within days of that letter, he makes contact with the British.”

Arnold aligned with the British Major John André, a friend of Peggy’s, to open lines of communication with Clinton. His appointment at West Point increased his value exponentially, but it also amplifies his tragic downfall. The military hero-turned-spy was exposed while negotiating its price with Clinton.

In September 1780, André was intercepted by members of the New York militia. Arnold and his wife escaped to England. New scholarship indicates Peggy played a more integral role in her husband’s scheme than previously reported. Arnold went on to hold a command in the British military, but officers often refused to serve under him.