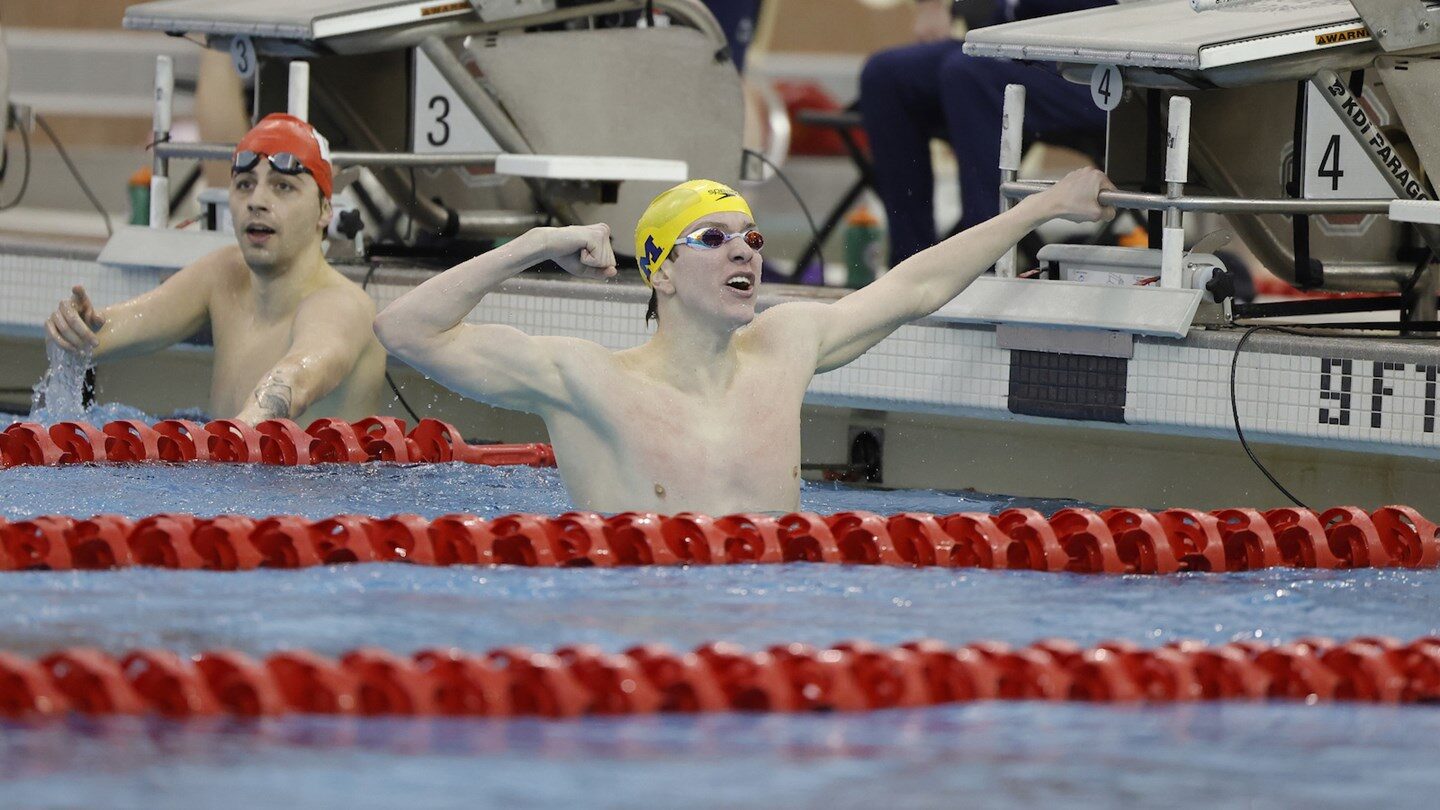 Welcome to the fun

The busiest time of year is upon us, with virtually all U-M teams competing in venues far and wide. Your nationally ranked baseball and softball programs started their seasons with an impressive series of wins. This past month also saw the start of men’s and women’s soccer, men’s and women’s lacrosse, field hockey, rowing, and water polo.

Kim Barnes Arico takes the No. 6-seeded women’s basketball team to the NCAA Tournament Sweet 16 for the first time in program history today, March 27. In addition, the Wolverines have a men’s hoops Sweet 16 game against Florida State on Sunday (March 28). And while the ice hockey team was set to open NCAA play March 26 against Minnesota-Duluth, the team was forced to exit the tournament due to multiple positive COVID-19 tests.

We are proud of all of our student-athletes and the success they find in the classroom and on the field. Given the current challenges they face, we would like to point out our Big Ten championships and NCAA success stories. 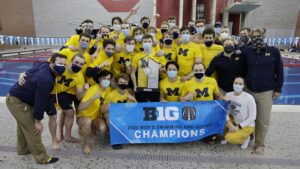 The men’s swimming and diving team celebrated its 100th year of varsity competition in a big way, overcoming a final-day deficit to capture its 42nd Big Ten championship on March 6. (Michigan Athletics.)

Men’s swimming and diving celebrated its 100th year of varsity competition in a big way, overcoming a final-day deficit to capture its 42nd Big Ten championship on March 6 in Columbus, Ohio. The men also earned three individual and relay championships.

Men’s basketball clinched the 2020-21 Big Ten Conference championship with a 69-50 victory over in-state rival Michigan State on March 4. It was the 15th regular-season championship. 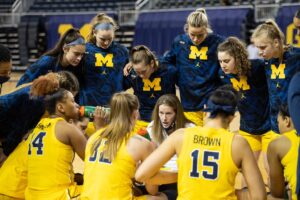 Women’s Basketball made it to the NCAA Sweet Sixteen in 2021. It’s the first time in program history.

The No. 4-ranked men’s basketball program secured the No. 1 seed in the East Region of this year’s NCAA Tournament and is currently competing in the Elite Eight.

Wrestling put in a good showing this week, highlighted by Myles Amine earning the top seed at 197 pounds and Mason Parris earning the No. 2 seed at heavyweight for a second consecutive year. The team finished fifth.

Final guidelines regarding Michigan Stadium capacity are still pending, but Michigan Athletics hopes to welcome fans back to the Big House this season.

Fans can join the season ticket list by contributing $150. New season ticket offers will be communicated in May. Based on past projections, new season ticket holders could be offered two tickets and if availability permits, up to four.