A league of his own

Date
May 8, 2021
Written By
Deborah Holdship 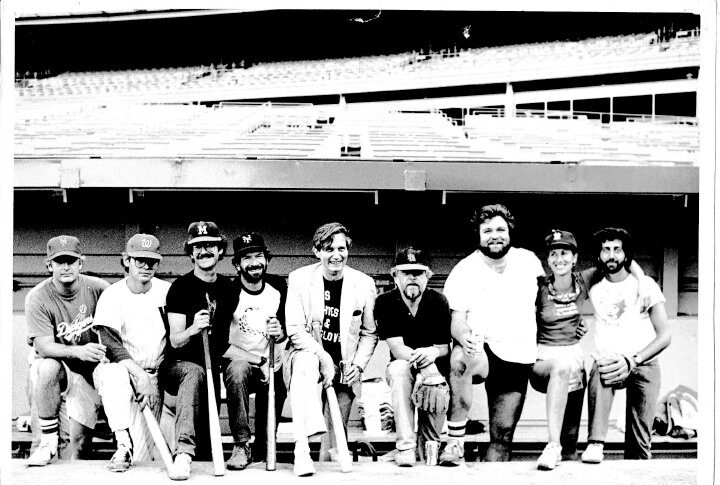 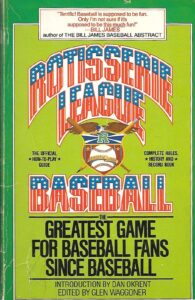 Baseball fans love their stats. Each set of figures holds the precious memory of a player, a game, a heartbreak, a thrill. The gray matter’s ability to retrieve an American League lineup from 1954 or a National League lineup in 1932 is truly remarkable.

Such an obsession often begins in childhood and requires a youth, a newspaper, and the daily box scores. It certainly went that way for Detroit native Daniel Okrent, BA ’69, award-winning journalist, best-selling author, and historian. The young Tigers fan enjoyed each morning combing the sports section and engaging in complex math over a bowl of Cheerios.

“People refer to baseball stats as ‘trivia,'” says Okrent, who created the Rotisserie League in 1979. His baseball league, still active, was a forerunner of today’s multibillion-dollar fantasy sports industry. Okrent and Rotisserie co-founder Glen Waggoner (an assistant professor in the U-M history department in the mid-’60s) were the first two inductees into the Fantasy Sports Hall of Fame.

“There are very few things in life in which every aspect can be represented numerically. Baseball is one of them,” Okrent says. “Stats are the lifeblood, the DNA, of the game.”

Stats may be the DNA of baseball. But the improbable comeback is the animating force that elevates competitive game action from exciting to spectacular. Take the 1968 World Series. That year, the Detroit Tigers came back from a three-to-one-game deficit to beat the St. Louis Cardinals. They took their first championship since 1945 and brought jubilation to a city devastated by racial unrest. For Tigers fans “of a certain age,” the ecstasy is deeply etched in vivid glory.

But not for Okrent.

“I didn’t pay any attention,” he says about this black hole (1965-69) in his encyclopedic baseball knowledge. “I know more about what happened in the 1950 World Series.” 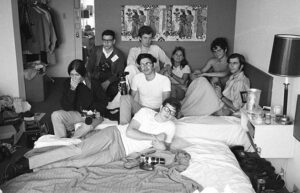 Okrent (back row, far right) and a team of Michigan Daily reporters and photographers traveled to Chicago in August ’68 for the Democratic National Convention. (Image: U-M’s Bentley Historical Library.)

So, while Okrent’s favorite childhood team was clawing its way through the summer of 1968, the rising student-editor was at the height of his powers on the Michigan Daily’s news desk. The anti-Vietnam War movement had spawned campus protests, building takeovers, and radical teach-ins, all of which made for compelling copy and dramatic photos. Social unrest in Detroit exploded into violence in the summer of 1967. And when the Democratic National Convention opened in Chicago a year later, Daily photographers and writers were there.

Then he backtracks: “I mean, I paid attention. I was a huge Tigers fan and had never seen them in the World Series. I might have watched a game. But those four years are just kind of foggy to me. I was aware Mickey Lolich won three games in the series. And I remember the controversy when [manager] Mayo Smith decided to bench the starting shortstop Ray Oyler, who batted .135 that season, and have Mickey Stanley come in for him. And it was Al Kaline’s first, and last, World Series. I remember a lot.”

He shrugs (via Zoom) and leans back in his chair as though to say, “Is that better?”

Fans likely will recognize Okrent from Ken Burns’ 1994 documentary Baseball. Media watchers will know him as an editor at Time Inc. and Life magazine. He also served as the first public editor of The New York Times. He’s written books about baseball, prohibition, and immigration, and his 2004 book, Great Fortune: The Epic of Rockefeller Center (Penguin Books), was a finalist for the Pulitzer Prize in history. 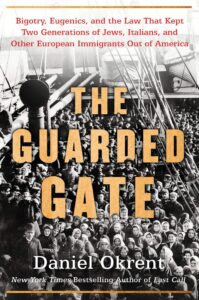 It seems Ann Arbor was both good and bad for the historian’s attachment to baseball. The live sports experience may have taken a back seat to the newsroom, but fantasy baseball was forming at that exact moment. Right on campus.

In August 1965, freshman Okrent met his student adviser Robert Sklar. The young history professor also was in his first year in Ann Arbor and taught in the American Studies Dept., Okrent’s major. Their mutual passion for baseball set the foundation of a lifelong friendship. (“Though [Sklar] had no truck with Detroit,” Okrent says. “He was a Dodgers fan.”) Sklar was a noted film scholar who later taught for three decades at NYU’s Tisch School of the Arts. He passed away in 2011 after a biking accident in Barcelona.

Sklar was the one who introduced Okrent to the concept of fantasy baseball in the first place. He picked it up from his data-driven colleague, sociology professor Bill Gamson, a leader and organizer of the 1965 anti-Vietnam War teach-in at U of M. (Gamson earned his master’s and PhD in sociology from Michigan. He passed away in April 2021.)

In addition to being a faculty activist, the U-M sociologist was known for creating immersive simulation games focused on teamwork, conflict resolution, and other skills. For fun, Gamson enlisted Sklar in his novel National Baseball Seminar. They drafted players at the season’s onset and evaluated them according to a simple set of stats. It was an entertaining excuse for Gamson to feed his data habit while indulging his passion for America’s pastime. The seminar did not come with the complicated rules about roster size, positional requirements, salary caps, and other details that characterize fantasy sports today.

“I remember thinking it was a cool idea, and then I forgot about it for 10 or 11 years,” Okrent says. During the 1979 offseason, he started expanding on the seminar and scratching out some rules. “It was those seeds sown by Bill Gamson that led to the Rotisserie League. And when I thought of it, [Sklar] was one of the first people I called.” 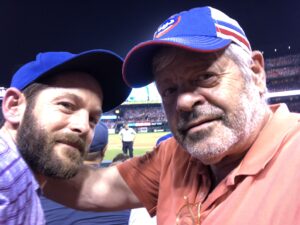 Cubs fan Okrent says playing fantasy sports with your children is a great way to bond. (Image courtesy of Okrent.)

The game’s name came from the Manhattan restaurant frequented by now-New Yorkers Okrent and Sklar and their friends who founded the original Rotisserie League. The rules were far more elaborate than Gamson’s seminar and introduced twists, including trading players. Of the 11 original Rotisserie League members, five have died. Waggoner passed away in 2019. Okrent quit playing in 1995 and played again briefly with Sklar in the early 2000s. One original member remains with the league.

“One of them got married in my house and is my son’s godfather; another is my daughter’s godfather,” Okrent says. “We built deep friendships. These days, with the Internet, you don’t need to meet the other people.”

Those relationships make up for the regrettable four-year loss of the Detroit fan experience, he says. Today Okrent is most invested in the Chicago Cubs. (“They’re going to be terrible this year. But I’m usually wrong.”) As for the fantasy sports industrial complex, he seems bemused but not disappointed that he missed the boat on cashing in.

“The name fantasy sports exists because we copyrighted the name ‘Rotisserie.’ We had a few side businesses – stats services and such,” he says. “But some smart guy realized, ‘Let’s find a generic name for this, something lower case. And thus, it became ‘fantasy.'”

In 2019,  Allied Market Research estimated the market value of the global fantasy sports industry at $18.6 billion. The firm anticipates it could reach $48.6 billion by the end of 2027. Key players include Dream Sports, DraftKings Inc., Fanduel, and NFL Fantasy. Fantasy football leads among sports, though cricket is gaining global market share. Websites, magazines, podcasts, TV programming, digital services, advertising, and editorial content (like this) are almost as ubiquitous as live sports coverage these days.

“Chance in fantasy baseball is identical to chance in Major League Baseball,” Okrent says. “A great player breaks his leg. A bum hits a grand slam. Is that chance? Or is that essential to the nature of the enterprise?”
Okrent watches from the sidelines now. After he quit playing Rotisserie he says it took some effort to remember how to review box scores like a “normal baseball fan.” Despite his lifelong obsession with the stats, he admits he never excelled at his own fantasy league.

He had a knack for drafting players but was terrible at trading them, he says. Ironically, that’s one area where the Rotisserie League influenced the actual game.

“When you get deep into the summer, and you realize you don’t have a shot at winning or finishing in the money, you should trade your really good players for inexpensive prospects,” he says. “That started happening in Major League Baseball about 10-15 years ago. It’s been in Rotisserie baseball for 40 years.”

The retired fantasy player may prefer the live game now, but he still understands fantasy’s appeal: The immersion lasts longer and is more intense than other sports (the baseball season includes 162 games versus football’s 17, for example). You learn more about baseball than you could possibly imagine. You feel smarter than your friends. And if you’re a stats lover, it’s a cornucopia of seemingly endless figures to manipulate.

One important note: You must abide by Okrent’s Law if you play the game. Never, ever tell him about your fantasy team.


(Lead image: Founding members of the Rotisserie League, circa 1980. Daniel Okrent is second from left; Robert Sklar is fourth from left. Glen Waggoner is third from right. Image courtesy of Okrent.)