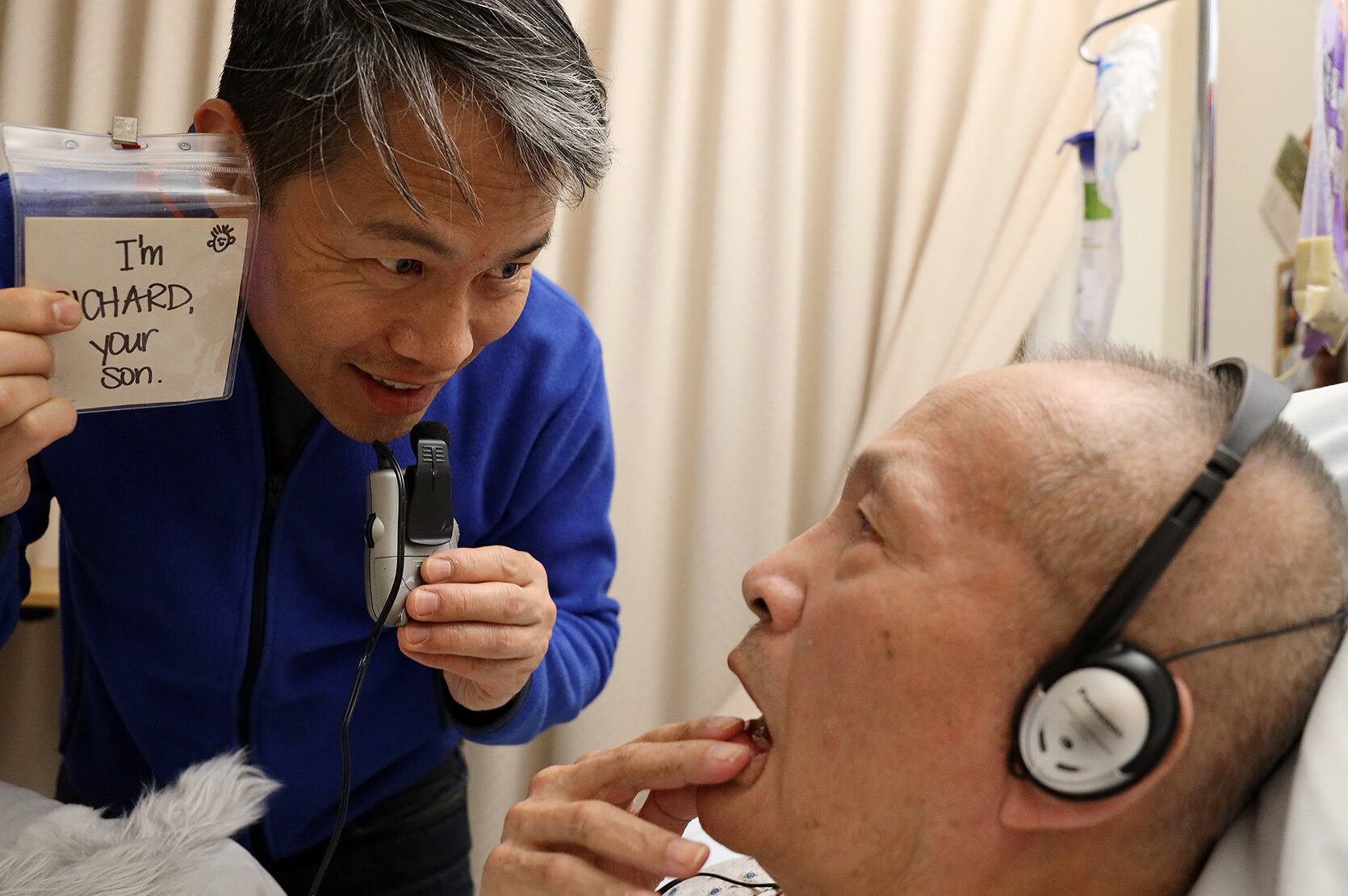 Broadcast journalist and national news anchor Richard Lui, MBA ’01, is a master at moving the goalposts in his career. He has no problem changing the game once he decides on a purposeful play. He adopted the strategy at Michigan Ross, when his brain was “cracked open” to unexpected ideas, opportunities, and collaborators.

So when his father was diagnosed with Alzheimer’s in San Francisco eight years ago, Lui revisited his career log, a detailed working document he created after business school to strategize and plot his working future.

“If you want to work in my profession, you do not ask to work fewer days. You do not ask to be on TV less,” says Lui, a New York-based anchor at MSNBC and NBC News. “But if I could make that happen, I could still do what I love to do in my work, and still do what was most important to me, which was to care for my father.”

When he pitched his boss at 30 Rock, he knew it was a huge risk: He would work Friday-Sunday in New York and commute Monday-Friday to San Francisco.

“I expected her to say, ‘You’re a great guy, but this doesn’t work,’” he recalls. “And she turns to me and says, ‘I’m a long-distance caregiver too. Let’s figure something out.’”

Lui took the opening and moved those goalposts yet again. He joined the 53 million other caregivers in the U.S., then shared his revelations in the book Enough About Me: The Unexpected Power of Selflessness (Zondervan Books, 2021). In addition, he produced the documentary Sky Blossom about the 5 million caregivers who, at 17 and younger, are looking after loved ones with medical conditions and other issues.

In the following video and Q&A, Lui speaks with Julia Lee Cunningham, associate professor of management and organizations, about “Industry 4.0,” an emerging vision of a more compassionate 21st-century workplace.

This excerpted Q&A has been edited for length and clarity.

JULIA LEE CUNNINGHAM: Now that businesses are bringing people back and we’re envisioning a post-pandemic workplace, what do you think organizations can do to cultivate a culture of compassion?

Learn more about the Center for Positive Organizations at Michigan Ross.

RICHARD LUI: We have now lived through more than one year of ‘Industry 4.0.’ We need people to look at what we just learned, codify it, and see where it can be used moving forward.

I work in network television at 30 Rock. On set, we have crews, makeup artists, wardrobe people, producers, broadcasters, field reporters — all of that went from 100 percent headcount in the building to less than 5 percent [during the shutdown]. We did that at great cost, organizationally. And we cared for our employees in ways that we hadn’t before. Somehow, within a week or two, we were able to stay on the air at the same pace and schedule.

I think that muscle set is there now. Let’s identify the benchmarks and best practices. I think through exploration — in that archaeological approach to the last year-and-a-half — there will be some real metrics that prove this works, in many cases. I see Industry 4.0 as a more compassionate, holistic revolution. Let’s take it on as any other great movement.

Q: Can you talk a bit about the ways Michigan transformed your thinking?

A: I did not go to U-M to become a journalist. I went there to work in business and strategy consulting. But my brain got cracked open. At Michigan, you learn to drink from a firehose, think big, and think practically.

You discover what the goalposts are, right? And they tend to move. In the last eight years with my father, I’ve had to reevaluate what those goalposts are three or four times. The experience is not what I thought it was going to be. My system has been jolted in so many different ways, much like it was at Michigan, in terms of the people you meet and the ideas that enter your brain. And here’s an idea that’s way above my pay grade: selflessness. It is a rediscovery of who I might be as a person contributing to society in my little way.

Q: In your book, you talk about the compassion demonstrated by another boss, Mike Breslin, before you came to Ross. 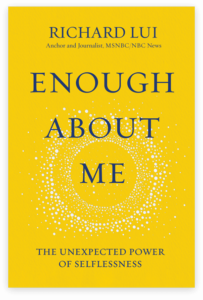 A: After I worked for him, I learned he had reduced his salary to zero during a recession when we’d all been grumbling about a 30 percent reduction in our pay. And he was not a wealthy man. He never told anybody. He also decided to create a 401k program for our company at a time when the economies of scale did not really work. We had 40 employees and it was very expensive. But he wanted to do that for us.

I would go into his office every day to review my marketing plan with him, and he was a tall individual, about 6’3 with a very big desk. I’m 5’10, and when I’d enter, he would turn and reach to the side of his chair and lower it. When I asked him why he did that, he said, ‘It’s because I want to be able to see you eye to eye.’

It is overwhelming when I think of all the compassion points and selfless points that he hit but never mentioned. I believe we all need to lower our chairs in our businesses.

Q: I would like to hear more about how you sustain your energy as a caregiver.

A: Compassion fatigue is real. When you reach that level of unmitigated and unhealthy selflessness, you may not notice the indicators: lack of sleep, depression, anger. I am such a b-school nerd that, in my book, I included all sorts of scoring systems from scientists and people who are way smarter than myself.

Are you a caregiver for a parent or loved one while managing your career? Share some of your challenges or best practices in the comments below.
One way I got around it was to talk about it. Sometimes you think, ‘Am I being weak?’ But talking is very therapeutic to me. When people ask, ‘How are you doing?’ I really try to answer it. If we can do that organizationally and personally, we can get to a better place. ‘I’m fine,’ doesn’t always work. It’s so important to understand when things are not good. We’ve learned in the past year that moving closer to that line is better for business.

Just before the pandemic hit, I was pitching a caregivers employee resource group at 30 Rock. I found the more I talked about caring for family, the more people were coming to me. It’s so important to have a space to talk about your own best practices with others. So many amazing things can come from that.