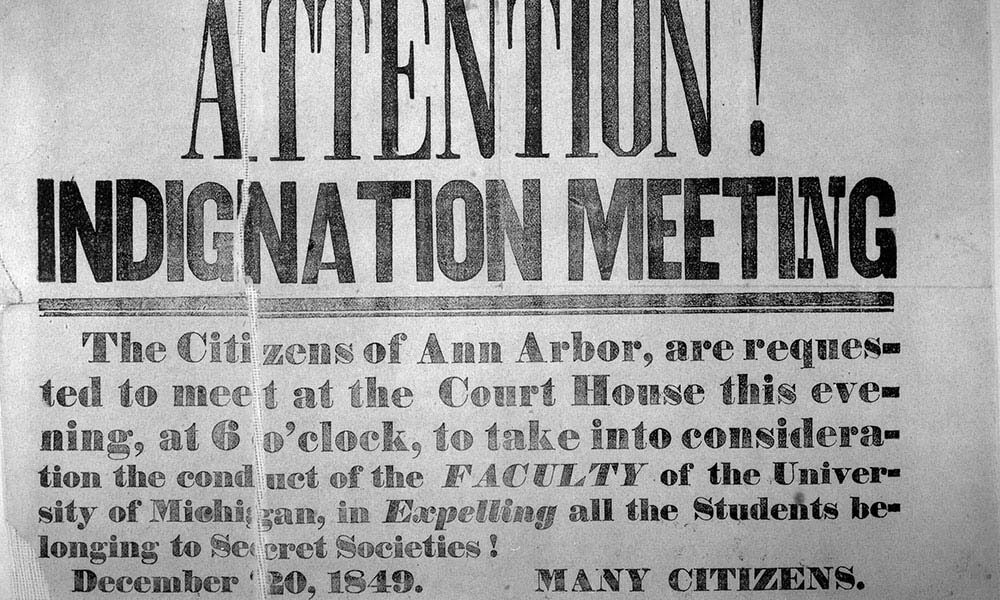 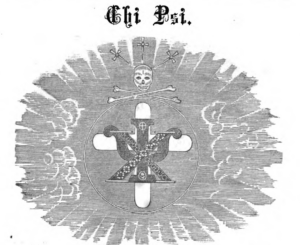 In the fall term of 1845, just four years after classes had begun at the University of Michigan, a junior named George Becker and several friends joined together to create the University’s first fraternity, a chapter of Beta Theta Pi.

In their inaugural meeting, held in the Ann Arbor home of George’s parents, Hiram and Sophia Becker, they pledged upon their honor “as gentlemen and scholars to promote the best interests and welfare of all concerned, individually and collectively, in all the events of life, with friendship and fidelity, as far as may be consistent with the true principles of morality and duty.”

In December, 14 more students formed a chapter of Chi Psi. In August of the following year, 1846, a chapter of Alpha Delta Phi, with six members, joined the first two. (Betas and Chi Psis have quibbled ever since about which chapter deserves to be called Michigan’s first.)

Now something close to half the student body — all male in that era — belonged to one fraternity or another. But each society held its meetings in secret. For as they all knew, they were breaking Rule 20 of the University’s code of student conduct, one of 23 regulations that governed virtually every hour of their lives.

Life by the rules

The rules had been written by George Palmer Williams, the first professor hired by the regents, a favorite of students for his “genial, kindly nature” and “trenchant wit” in the classroom. But as the University’s catalog put it, “no college in our country can secure public confidence without watching over the morals of its students.” So professors governed the little campus in loco parentis — “in the place of parents.” Most of them were ordained Protestant ministers, and they were strict parents indeed.

Rule 10 required each student to attend the local church of his choice twice each Sunday. Rule 14 forbade students to go home without a parent’s written authorization. Rule 19 required students to open their rooms to professors’ inspection “at all times.” Then there was Rule 20 . . .
Students took their meals with local families and slept in dorm rooms on the upper floors of the two academic buildings, Mason Hall and South Hall. The rules said they must rise to the janitor’s bell at 5:30 or 6 a.m. (depending on which half of the semester it was) and go straight to morning prayer. Then, on a typical day, they alternated between recitation periods in the classrooms and mandatory study periods in their own rooms. On a typical day, they studied from morning prayer until 7 a.m., 9 a.m. to noon, 1:30 p.m. to 4:30, and 7 p.m. to 9, after which no student was to leave the campus. “The student’s life, especially in the winter, is a life in a circle,” wrote George Washington Pray, a member of the first class. “He eats and studies and recites, recites and studies and eats.”

Rule 10 required each student to attend the local church of his choice twice each Sunday. Rule 14 forbade students to go home without a parent’s written authorization. Rule 19 required students to open their rooms to professors’ inspection “at all times.”

Then there was Rule 20, a minor matter: “No student shall become a member of any society connected with the University, or consisting of students thereof, which has not first submitted its constitution to the Faculty, and received approbation.”

Here Professor Williams was thinking only of student literary societies. The faculty approved of them, but didn’t want there to be too many.

They had no idea how much trouble Rule 20 would cause.

Cabin in the Black Forest 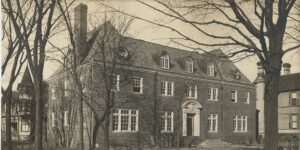 Clearly, the faculty’s tight leash encouraged the forming of fraternities. At the Beckers’ home, or at a local hotel or tavern, Greek-letter brothers could escape for an hour now and then to smoke a pipe and commiserate away from professors’ eyes and ears.

The simple chance to make a few close friends — not provided for in the faculty’s tight schedule — was the main draw. In the grandiloquent style of the day, a Beta from Ohio said “the cultivation of intimate social relations” was “the leading motive of uniting a few choice spirits in closer bonds.”

The members of Chi Psi even built a cabin of their own east of the campus, deep in what they called the Black Forest. (The cabin’s exact site, lost to history, was probably in the acreage now occupied by Forest Hill Cemetery. Chi Psi still celebrates it as the first fraternity house in the U.S.)

They all knew they were breaking Rule 20, and they knew exposure could bring grave consequences. Secrecy and danger intensified the bond. As the Betas’ charter said, they kept it “ever…in mind that gold tried seven times in the fire is therefore more pure.”

The secret held for about a year. 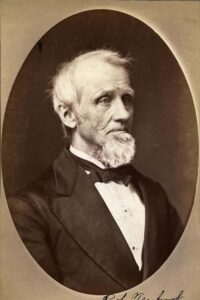 To supplement his skimpy salary, Andrew Ten Brook, a sour-faced Dutchman who taught moral and intellectual philosophy, fed a few student boarders in his home. One night in 1846, he overheard a couple of the boys whispering about some late-night fires that had left neighboring farmers’ fences in smoldering ruins.

There was no dean of students to whom Ten Brook could report the matter. In fact, the University had no central administration at all. The board of regents held the purse-strings and set policy, but they delegated in loco parentis to the faculty. Each year, on a rotating basis, one professor was saddled with the title of chancellor, but that only made him first in a band of equals, with no special authority or power.

They decided they had to investigate. When they saw a couple of students sneak away from the campus after hours, the professors shadowed them into the Black Forest. Unaware of their pursuers, the young men led them to the log cabin that was Chi Psi’s secret headquarters.

The professors demanded to be allowed inside.

They were members of a private society, they declared, and the faculty had no rights there.

In the back-and-forth that ensued, the students conceded the truth but remained defiant. Not only had they formed an association that broke Rule 20, they said, but so had two other societies at Michigan, and all three were affiliates of national organizations.

Years later, Professor Ten Brook remembered the students’ scoffing confidence in the woods that night, how they warned the professors that “their strength had become such as to make it difficult to deal with them.”

Continue reading at The Heritage Project. Pick up the story at Chapter 5, “Our Crazy Faculty.”