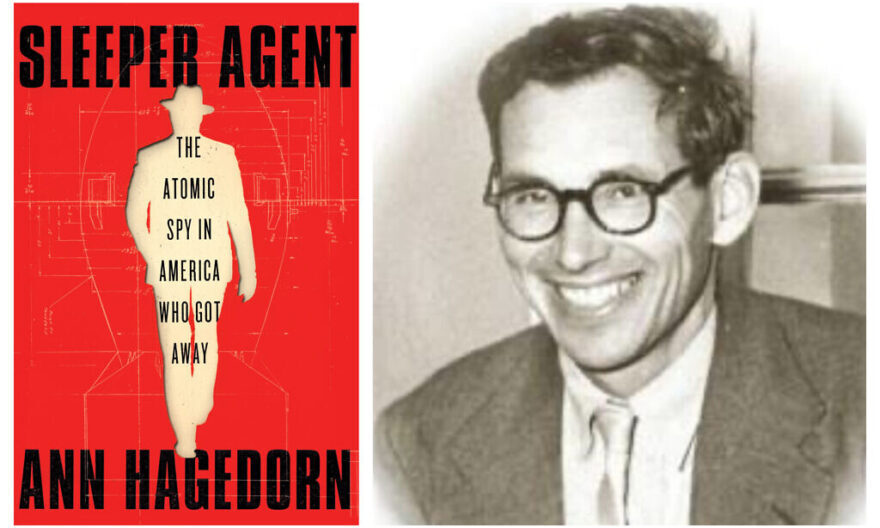 The making of a spy story

I just read a new book called Sleeper Agent: The Atomic Spy in America Who Got Away (Simon & Schuster, 2021). The author is a friend, Ann Hagedorn, MILS ’75, a Michigan graduate and former reporter for the Wall Street Journal who left the daily news business to write books of narrative nonfiction. She’s published six so far, including award-winners, bestsellers, and now Sleeper Agent.

It’s hard to see how it could have been written without the training Hagedorn got at Michigan — not in journalism, but in the master’s program in library science. 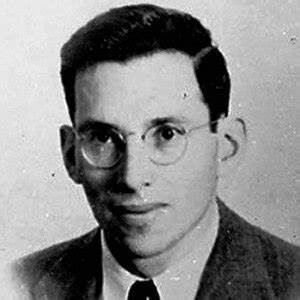 Sleeper Agent is the story of George Koval, an American born to Russian-Jewish parents who emigrated to the U.S. in 1910. Raised in Sioux City, Iowa, a baseball player and high-school debater, Koval became a devoted American Communist. Soon after his family returned to the U.S.S.R. in 1932, he was recruited into the GRU — Soviet military intelligence — then sent back to the U.S. as a sleeper agent in New York. In the midst of World War II he enlisted in the U.S. Army, then parlayed his scientific training into assignments at the super-secret Manhattan Project, which was charged with developing an atom bomb.

In laboratories in Oak Ridge, Tenn., and Dayton, Ohio, Koval stole enough secrets to accelerate the Soviets’ own atomic-bomb program. Unlike the Soviet agents Julius and Ethel Rosenberg and Klaus Fuchs, he never was caught. He escaped to Russia in 1948 and lived a quiet life as a chemistry professor until his death in 2006. A year later, Vladimir Putin conferred on him the posthumous title “Hero of the Russian Federation.”

Sleeper Agent is an enthralling tale to read. But because I work in Hagedorn’s territory, I was just as fascinated by her methods. Both of us try to write compelling stories based on research in the materials of real life. But I’ve never tried to create a story from such an astonishing range of materials as those that Hagedorn used to write Sleeper Agent. Keeping track of all of it was a job worthy of a counterintelligence analyst.

I asked her how she did it. So she explained her system, an elegant process she calls “gather and sift.”

“Did you know there was a Soviet spy in Dayton?”

If you’re hoping to hear about the amazing digital app Hagedorn uses, forget it. Every bit of her work is on paper.

As a master’s student in library science, she learned the complex art that librarians call cataloguing — the precise organization and labeling of information so that others may find precisely what they need. One source points to others, which point to others still, making a growing web of information for a researcher to interpret. “That concept is kind of built into my brain,” she says. 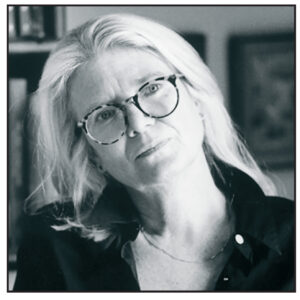 Librarians learn cataloguing to help their patrons. Hagedorn put it to work as a builder of books.

“Our job as narrative nonfiction writers is to be a conduit between mounds and mounds of information and the general reader,” she says. “It’s a big job.”

She found George Koval by serendipity. In the early stages of another project, she did a phone interview with a man who, like Hagedorn, had grown up in Dayton, Ohio. As they wrapped up the call, he asked: “By the way, did you know there was a Soviet spy in Dayton during World War II?”

Her source didn’t know the name. She got off the phone. Was it just an old rumor? Or real?

She found a story in the New York Times about Koval’s Soviet medal. “I thought: ‘This has to be it.’ So then I did more digging.”

She sent requests to the FBI under the Freedom of Information Act, then drove to the National Archives in College Park, Md., which stores masses of government records. She requested any materials touching on Koval’s case. When an archivist brought her several hundred pages, she found herself at a turning point. She might wait years for those FBI files. But here in her hands already was a small treasure chest of evidence, more than enough for her to know she had the makings of her next book.

“You can’t dig with an answer”

Now she plunged into the “gather” phase. (Her three stages of gathering, sifting, and writing overlap. But in the early stages, gathering takes up the most time.)

Batch by batch, thousands of pages of FBI reports began to arrive, many of them redacted. Questions led to answers that produced more questions.
From archives, libraries, and government record offices she hauled in a sprawling catch — news clippings, postcards, yearbooks, photographs, maps, tax records, property records, ships’ manifests, passports and passport applications, arrest records, application forms, “even inscriptions in books,” anything that might help her answer the essential questions about Koval’s life — the journalist’s who, what, when, where and why.

“You dig with a question. You can’t dig with an answer.”

With the help of a translator, she found Russian-language biographies of Koval and magazine articles by a GRU historian. Batch by batch, thousands of pages of FBI reports began to arrive, many of them redacted. Questions led to answers that produced more questions. She interviewed people who might answer them — historians, journalists, retired FBI agents. She spoke with a man who had worked with Koval at Oak Ridge. She even interviewed his grand-niece, still living in Moscow.

“One of the keys to doing something like this is you have to have a plan,” she says. “But you have to be flexible enough to realize that your plan might change because of truths that you discover.”

Learn more about Ann Hagedorn’s elegant process in this video at annhagedorn.com
For every document she made a label — names, dates, where it came from, which archivist helped her get it — not on the document itself but on a Post-It note affixed to the paper with a prayer that the gummy backing would last.

The labeled documents went into folders, and the folders went into plastic totes from the local Staples, each big enough to hold several hundred sheets of paper. By the end, 26 totes would cover the floor of her writing room and the adjacent hall.

Meanwhile, for context, she scoured published articles and books. She needed to know about Russian antisemitism, which had driven Koval’s parents to the U.S.; about Soviet espionage networks and tactics; about the pursuit of atomic-bomb technology in the U.S. and U.S.S.R.; about the manufacture of polonium, a critical element in the bomb’s manufacture and a focus of Koval’s attention. 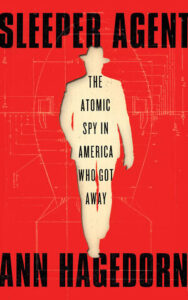 For a long time the files in the totes were sorted by topic — people, organizations, subjects. But that, Hagedorn knew, was temporary.

All along the way, she flirted with ideas about story structure. A book of narrative nonfiction must read like a novel, not like an encyclopedia entry. So she was always looking for narrative potential.

Now, with the totes crammed with files, she entered the sifting phase. She began to study the documents more closely, making notes as she went — and decisions. Which documents truly mattered? When did documents cease to be disconnected dots and become instead the elements of a scene or a chapter?  And she assembled timelines — Koval’s life, his handler’s life, world events. Those chronologies helped her to think through her story line and to decide which documents mattered most.

Gradually, her notes began to sketch an outline of chapters and their parts — still tentative, just a work-in-progress, but a plan for writing.

But she didn’t write yet. Instead, she began to pull folders and individual documents out of the totes and place them in a different order. Before long the totes followed a new architecture. Now it wasn’t the topic-by-topic order of the gathering phase, but the chapter-by-chapter, section-by-section order of the writing phase. Her book-in-the-making now lay before her in the totes on her floor, all the documents she needed to write each part of Sleeper Agent. The work of organization was done.

Then she began to write.

The two halves of her mind were always in conflict. “It’s the librarian versus the journalist within me,” she says. “As a journalist and a writer, I’m shot out of a cannon. I want to keep going, to keep writing, keep exploring.” But with such a giant mass of material to master, the librarian side insisted on organization. Otherwise crucial materials could be lost, costing her hours, even days, not to mention killing her momentum.

She knows people will ask: Can’t you avoid the risk of misplacing documents, not to mention a ton of extra work, by using a digital information manager like Microsoft OneNote or Scrivener or DevonThink?