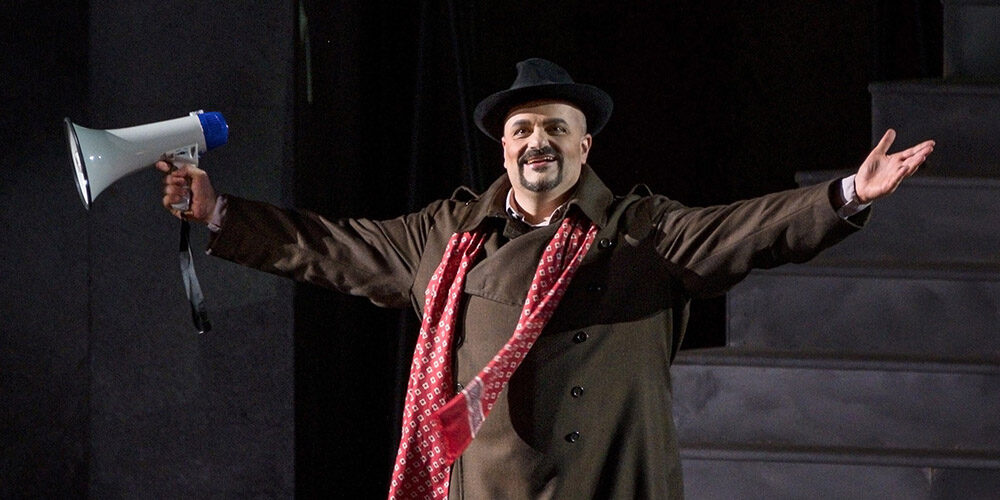 Sebastian Catana, BSE ’95, is one of those rare creatures equally adept at the arts and sciences.

Immersed in opera since conception, Sebastian was the only child of a pair of renowned performers in Romania. As his mother tells it, the mathematical genius was born to pursue music. It’s in his nature.

“When I was pregnant, I kept singing until my 28th week, so actually Sebastian was on stage with me,” says Emilia Catana. “In our house, all we listened to was opera.”

The boy saw his first opera performance when he was 4 years old. His mother was on stage.

“He was so impressed,” she says. “I think at that moment, in his mind, he wanted to be an opera singer.”

In 1990, the widowed Emilia looked to the U.S. after the fall of the Berlin Wall. She moved with her son to Dearborn, Mich., just as Romania’s iron-fisted dictator Nicolae Ceausescu lost power.

A gift for math 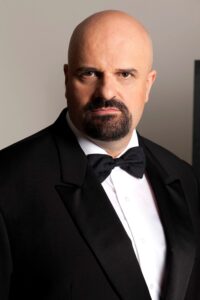 Catana spoke very little English when he enrolled at Dearborn High School (DHS). He often stood to reply when teachers addressed him, amusing his American classmates. Everything changed when a teacher, Gordon L. Bremenkampf, BS ’63/MA ’67, discovered his keen aptitude for math. It became their shared language.

“It didn’t take long for me to realize what a jewel he was,” Bremenkampf says. “He was undoubtedly the finest student I had encountered in my 39 years at DHS. He was brilliant, motivated, disciplined, and mature.”

“I gained an ever-increasing appreciation for not only his academic prowess but his personal qualities,” says the mentor. “Sebastian was friendly, outgoing, and modest. I took him on several outings to Ann Arbor that summer, touring the campus, visiting the engineering facilities, and wandering through the bookstores. He belonged at U-M after completing high school; we both knew that.” 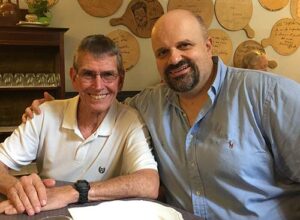 One Saturday in 1991, Bremenkampf and Catana met with the international admissions and recruiting coordinator at U-M. Romanian authorities had refused repeated requests from DHS for Catana’s school records in retribution for the family fleeing the country. The admissions team assured him they would evaluate his academic performance at DHS, HFC, and on the SAT. Bremenkampf was confident Catana would be accepted.

“As an alum myself, one of my obvious motivations in taking Sebastian to the Office of Admissions was to recruit a gifted student and, therefore, enhance the University’s reputation for excellence,” he says.

Catana scored 780 (out of 800) on the math portion of the SAT. U-M admitted him under two conditions: He had to pass the TOEFL test of English proficiency, and the administration would monitor his academic performance throughout his freshman year.

“My education at U-M was an exciting, challenging, and transformative full four years of my life, during which I learned so much about the world and myself,” Catana says. “I remember a world-class faculty and student body, an amazing diversity of people and ideas on a beautiful and welcoming campus.”

A passion for opera 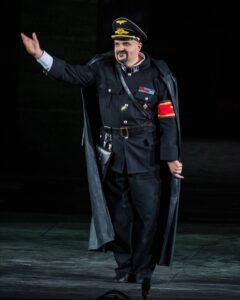 Catana as the eponymous character in Nabucco (Photo courtesy of Catana.)

While pursuing his doctorate in chemical engineering at Carnegie Mellon, Catana met Claudia Pinza, founder of the Ezio Pinza Council for American Singers (EPCASO) in Pittsburgh. Named after Pinza’s late father, a prominent actor and opera singer, EPCASO sponsors opera training programs in Italy. Catana enrolled in Pinza’s voice performance class at nearby Duquesne University. Pinza was so impressed by the talented baritone that she invited him to tour and perform in Europe. In 1999, Catana earned his performer’s degree/artist diploma from Duquesne.

Suddenly the multi-talented artist was at a career crossroads. His doctorate was nearly complete. But the stage also beckoned. In the end, he made his professional opera debut in 2001, singing in Les Huguenots at New York City’s Carnegie Hall.

Catana performed several roles with the Baltimore Opera Company for the 2001-02 season and the Seattle Opera for the 2002-03 season. From there, he appeared in a special concert with the National Symphony Orchestra in Mexico.

In 2003, the artist made his debut at the New York Metropolitan Opera, better known as the Met, one of the most prestigious operatic venues in the world. He played the role of Schaunard in La Boheme.

“The Met was fantastic,” says Catana. “You work with the best singers, conductors, and directors – I can’t even begin to express it.”

His mother attended the debut, along with Bremenkampf, Pinza, and Dr. John L. Anderson, former dean of the Carnegie Mellon College of Engineering.

“One of my greatest joys was to see Sebastian sing the role of Schaunard in La Boheme,” says Bremenkampf, who was seated in the director’s box. “I can’t quite describe what it was like to see him come on stage [at the Met] and fill that 4,000-seat auditorium with his beautiful voice.”

The two remain close to this day.

“Gordon Bremenkampf has been my teacher, my friend, my mentor, my counselor – everything,” Catana says. “He is a fantastic man who has had a huge influence on my career. He helped me get into college. He believed in me, and it is truly a blessing to have him in my life.”

Putting in the work

Catana spent nearly five years at the Met. Some of his roles included Fiorello in Il Barbiere di Siviglia, Marullo in Rigoletto, Morales in Carmen, and Valentin in Faust. He has toured opera houses throughout Europe and Israel for the past decade and currently is playing Tonio in Pagliacci. The production, directed by Cristian Taraborrelli, is at the Teatro Carlo Felice di Genova in Genoa, Italy. 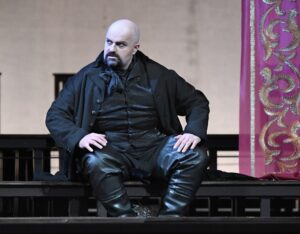 Catana as Barnaba in LaGioconda (Image courtesy of Catana.)

“I always enjoyed the intellectual challenge of engineering and appreciate the education I received at U-M, but I’m much more passionate about what I do now,” says Catana.

At first, Bremenkampf was disappointed that Catana quit engineering, especially given his command of mathematics and physics.

“Yes, I initially thought he was making a mistake,” his mentor says now. “That was one of many examples in my life where I was wrong, as evidenced by his tremendous success on the stage.”