‘The crisis is real’

Many communities in Detroit have been hit by severe flooding of late due to the effects of climate change and the city’s aging infrastructure. Now, with a three-year funding commitment of $1 million from the Kresge Foundation, U-M is set to improve the ability of the city of Detroit — and nonprofits serving the city — to address the impacts of climate change while focusing on policy and action.

“The flooding crisis in Detroit is real,” says Wendy Lewis Jackson, managing director of Kresge’s Detroit Program. “Addressing this issue is incredibly important to both Kresge and the University of Michigan because we care about the health and safety of residents. Families who may already be facing economic hardship have to constantly work to recover when a flood destroys their homes or personal belongings.”

So with the foundation’s support, U-M’s School for Environment and Sustainability (SEAS) recently launched its SEAS Sustainability Clinic to focus on the natural and built environment, human health, and the city’s finances.

“By working in partnership with the community through hyperlocal nonprofit partners, we have an opportunity to address the impacts of climate change in neighborhoods with the greatest need,” Jackson says.

Kresge’s legacy of community-driven collaboration provides a solid base for the SEAS clinic, says Jonathan Overpeck, the Samuel A. Graham Dean and William B. Stapp Collegiate Professor of Environmental Education. “We are thrilled to partner with the Kresge Foundation, which has a real understanding of the need for capacity and for institutions, such as ours, to help serve as problem solvers and bridge builders.”

Helping cities combat and adapt to climate change while advancing racial and economic equity is a major priority for Kresge. The foundation has an initiative dedicated to combating urban flooding titled Climate Resilient and Equitable Water Systems, which supports communities across the U.S. to implement equitable solutions to climate-driven flooding that disproportionately affects residents of color.

The SEAS Sustainability Clinic will launch its inaugural partnership with Jefferson East Inc., a multiservice neighborhood organization that serves low-income populations on Detroit’s east side and five historic adjoining neighborhoods. JEI will complete a multidisciplinary investigation of historical and recent flooding events that devastated the Jefferson-Chalmers neighborhood and adjacent communities. The project will identify short- and long-term efforts that JEI, along with its local, regional, and state partners, can implement to minimize flooding and create a safe and resilient community.

“As the University of Michigan seeks new and innovative ways to be involved in the city of Detroit, Jefferson East Inc. is excited to partner with SEAS in the inaugural project of the SEAS Sustainability Clinic,” says Joshua Elling, chief executive officer at JEI. “Students will have an opportunity to better understand and meaningfully support the Detroit community by bringing to bear the resources of a world-class university in our state.

“The challenges posed due to our rapidly changing climate — more flooding, heatwaves, and extreme weather — are an existential threat to the neighborhoods we serve. These challenges need top minds and expertise, which when guided by the wisdom of local residents, will help craft equitable solutions that Jefferson East and its partners can implement to protect our most vulnerable citizens. The Sustainability Clinic will further deepen our relationship with the University of Michigan and build on ongoing partnerships to improve the health and resiliency of our neighborhoods.”

Embedded for the duration

While the clinic’s main emphasis will be on serving the community, the work also extends the mission of SEAS aimed at promoting multidisciplinary sustainability with a collaborative approach.

“The clinic was created to build long-term capacity and partnerships by embedding itself inside Detroit, while also boosting the local impact of the school’s work and its collaboration on sustainability and equity,” Overpeck says.

The flooding, heatwaves, and extreme weather are an existential threat in Detroit. These challenges need top minds and expertise, which when guided by the wisdom of local residents, will help craft equitable solutions that Jefferson East and its partners can implement to protect its most vulnerable citizens.
By using a single-point-of-contact approach, he says, the clinic will connect Detroit residents, nonprofit organizations, businesses, and city government to resources and expertise available through the SEAS Sustainability Clinic. This will allow for easier and durable access to collaborators, master’s students, internships, and projects that provide the capacity to produce real, tangible, and lasting results for Detroit residents and their communities.

Kerry Duggan, former Obama-Biden White House deputy director for policy and currently an appointee to Gov. Gretchen Whitmer’s Council on Climate Solutions, will serve as the clinic’s founding director. She explains that the partnership with JEI provides a prime example of the approach that the SEAS Sustainability Clinic will adopt in its work.

“The focus of the clinic is about responding to immediate and real problems for Detroiters,” Duggan says. “This is about really listening to the needs of the Detroit community through our longstanding relationships with NGOs, civic and small businesses, and residents. We’re building and providing capacity through multiyear engagements with clients. By embedding the clinic within Detroit, U-M deepens its connections as a problem-solving ‘resident’ in the city.

“The clinic’s work to advance sustainability and equity in Detroit will focus on three goals: to seek equitable and just solutions to the city’s most pressing sustainability-related issues; to lower operating costs — particularly in energy management for city operations — while reducing carbon emissions; and to support the delivery of services directly to the city and, through partner programs, to improve residents’ quality of life.”

Efforts to achieve these goals will target five primary areas:

An eye toward environmental justice

Overpeck stresses that an essential component of the clinic will be the position of the Diversity, Equity, and Inclusion Leader in Residence.

The SEAS Sustainability Clinic is part of an overarching statewide SEAS initiative. Slated to launch in 2022, the statewide Michigan Sustainability Clinic will work across Michigan with the goal to support the vision that the Great Lakes State lead the nation in the implementation of 21st century resilient infrastructures that address climate impact, racial inequity, unemployment, and economic fallout from the global pandemic. 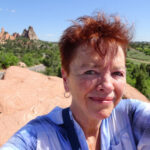