“This Michigan of ours” 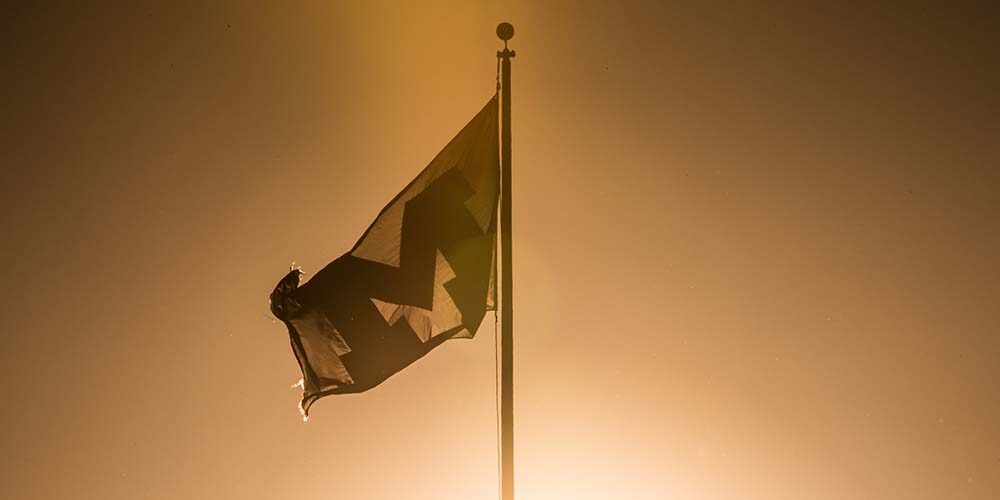 Lately, it’s been hard to feel the steadfast loyalty to Michigan that many of us have felt for much of our lives.

The new year had barely begun when the Board of Regents fired President Mark Schlissel for materially breaching his contract. They cited emails between the president and a subordinate that demonstrated Schlissel failed to act in a manner “consistent with promoting the dignity and reputation of the University.” On Jan. 15, Mary Sue Coleman, U-M president from 2002-14, agreed to return as interim.

On Feb. 8, the Regents announced the appointment of a committee of faculty, staff, students, and alumni to assist with the search for U-M’s next president and to collect feedback from the University community. Regents Sarah Hubbard and Denise Ilitch will serve as the committee’s co-chairs. Learn more about the search, key dates, and more.
A few days later, Coleman and the Regents released a statement that the University was committing nearly half a billion dollars to settle abuse claims filed by some 1,050 claimants who were patients of the late physician Robert E. Anderson.

A little more than a year had passed since the University agreed to pay $9.25 million to eight women whom former Provost Martin Philbert had harassed during his tenure. Philbert was fired in March 2020.

In many years of writing about U-M history, I’ve never shied from describing the bad along with the good. My aim has been to tell the institution’s story honestly, in all its complexity. But it’s far easier to be honest when the topic is shrouded in the sepia tones of yore.

When we care for an institution, we tend to idealize it. It’s easy to forget that it’s made up of nothing but flawed human beings. And U-M has had its full share of those over two centuries — students, faculty, and administrators alike.

It’s wise to discard an illusion, but not to replace it with cynicism. We can recapture faith in the place by returning to first principles. That’s what I’ve been thinking about as I try to move past bewilderment and disillusionment.

Henry Philip Tappan was president at U-M from 1852-63. Though popular with the Regents who’d recruited him, he lost favor with subsequent members and was ousted on commencement day (after the ceremonies). The news sparked protests by the students and alumni. Word even came by telegraph that U-M alumni in the Union Army massing at the Confederate stronghold at Vicksburg had held a meeting to protest his firing. Erastus Haven succeeded Tappan as U-M president. Read “Tappan’s End” at heritage.umich.edu
I thought of U-M’s first president, the philosopher and clergyman Henry Philip Tappan, who arrived in Ann Arbor in 1852. “He was tall and broad of shoulders,” a student recalled many years later. “The young men of the older classes, as they came under President Tappan’s personal influence as an instructor, became to a man profoundly impressed by him and drawn to him.” (Women would not attend for 20 more years.)

Tappan spread the vision of a great institution devoted to the pursuit of knowledge not for private ends but in the public interest — a new idea in the 1850s. “Where eminent professors breathe around the spirit of knowledge and liberal culture,” he said in his inaugural address, “and give the example of a noble devotion to learning, they…create a prevailing sentiment which will prove more commanding than all written statutes…”

He was saying the University at its core would not be made by regents’ bylaws or bricks and mortar. If it were to last, it would be held up by nothing more substantial than the breath of professors and students talking.

Good teachers and engaged students know what that means. 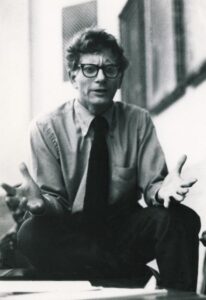 I thought, too, of the philosophy professor Carl Cohen (1931-), whom I had in 1974 for an extraordinary course in the Residential College called “Logic and Language.” Cohen taught at Michigan from 1955 to 2017. As president of the faculty’s Senate Assembly, he would refer to the president of the University as “Professor Fleming” or “Professor Duderstadt.” His point: They were professors first, administrators second. The purpose of the latter was to help the former.

Cohen was sometimes controversial, as when he opposed the use of race as a criterion in admissions. But in the classroom, and with colleagues, he exemplified the values of free inquiry. “Carl is fiercely principled,” wrote his colleague, the poet Cynthia Sowers, upon his retirement, “and does not yield to adversaries equally fierce. Yet…his vigorous style communicates respect for his opponent. His positions do not harden into coercive ideologies… Learning does not necessarily entail agreement; agreement does not entail conformity. What emerges from the intellectual encounter with Carl is that most mysterious, elusive, and treasured of human aspirations: freedom: the goal of all educational practice.”

I thought of the law professor L. Hart Wright (1917-83), the nation’s leading authority on the Internal Revenue code. Asked why he became a law professor when he could have made a fortune as a tax attorney, he shrugged and said: “I like to profess.” Many law students considered him both the hardest and best of their teachers. One of them, Elizabeth Gaspar Brown, remembered Wright’s frequent command to “‘think about it! Think about it! Think!’ Well, I started, not always inwardly graciously, to think.”

I remembered a glimpse I once got of the English professor Moses Coit Tyler (1835-1900). It came in a letter written by Mary Downing Sheldon, one of the first women to attend Michigan. “The happiest hour of all the day,” she wrote, “is when four o’clock comes and I climb the four flights of stairs to the room where the western sun shines in over dingy walls, and when the master, with his fine face and sympathetic heart, teaches us the grace, the power, the fine artistic use of words… He treats us as equals.”

I thought of the astronomer Hazel “Doc” Losh (1898-1978). She was famous as Michigan football’s number-one fan, but she was renowned as a teacher, too. During World War II she got letters from former students deployed all over the globe. “The stars look a lot different from down here than they did in Ann Arbor,” an Army sergeant told her in a letter from the South Pacific. “Watching the stars has given me many hours of pleasure since I came overseas and many times guard duty at night was made more enjoyable.”

I thought of George Dock (1860-1951), the first full-time professor of medicine in the U.S. and a pioneer of clinical education — teaching medical students at the bedsides of actual patients. Before the revolution in diagnostic technology, Dock drilled his students in the assiduous application of their own senses to every case.

One day Dock and a group of students were examining a young woman. Dock called a student forward and said: “First, the eyes.”

The student leaned in for a close look at the patient’s eyes.

“I don’t see anything the matter with them,” he said.

“This Michigan of ours”

Those professors “breathed the spirit of knowledge,” and their students came to breathe it, too. Their examples point the way forward.

We can reassert our loyalty to Michigan in good conscience if we simply recommit ourselves to a belief in what happens when professors and students explore, discover, understand, debate, and create.

It’s one thing, as an individual, to love learning — to be aware and curious. It’s quite another to support an institution whose whole purpose is to nurture and fulfill that love.

The institution is the purpose made permanent. The University is a means of defying our own mortality. It connects all the faculty, students, and alumni back through the generations and into the future — if we bear the burden of upholding its purpose.

When Fielding Yost retired at the end of his long career as football coach and athletic director, he spoke with deep feeling of “this Michigan of ours.”

In his time, Yost was the toast of the state. In this new century, his racism tarnishes his memory. He was no intellectual. But in that lyrical phrase — “this Michigan of ours” — I see a meaning worth taking to heart.

In its achievements and errors, its greatness and folly, it is our Michigan — students, faculty, alumni. Ours to change. Ours to help. Ours to give to the next generation.

This essay is adapted in part from the author’s book, Sing to the Colors: A Writer Explores Two Centuries at the University of Michigan (2021) and stories of his at the University of Michigan Heritage Project. Other sources include Lewis S. Pilcher, “Some Reminiscenses of the Campus of the ‘Sixties,” Michigan Alumnus, 2/12/1925. Michigan Photography took the lead image after a lunar eclipse in October 2014. As the sun rose, the sky turned gold..