The action was affirmative 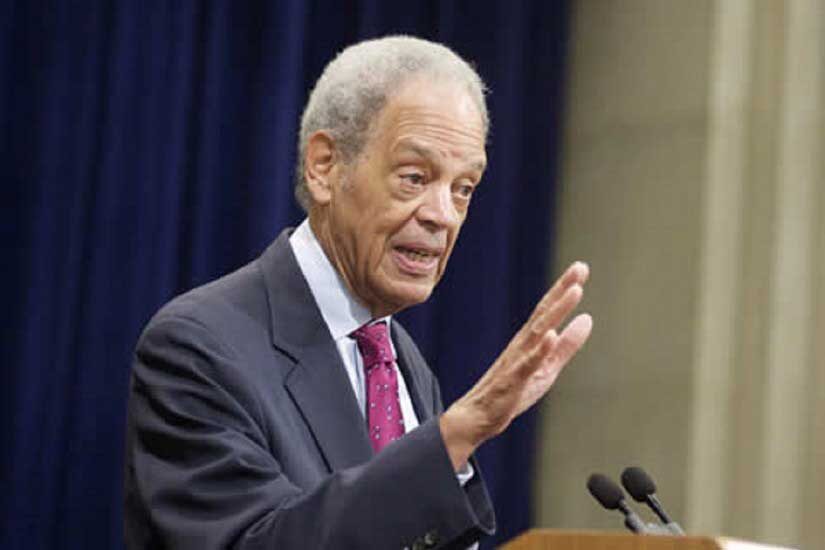 In the fall of 1953, three professors in the Law School combined their individual classes in contracts, equity, and damages into a single, dense course. It was so hard that students began to call it “The Mystery Hour.”

One day after lecture, a first-year student named Roger Wilkins, BA ’53/JD ’56/HLHD ’93, needed clarification on a difficult point. He knocked on the door of the expert on contracts, Professor William Burnett Harvey, JD ’48.

From behind the door, a voice commanded: “Come in.”

Wilkins had reason to feel a little uncomfortable. He didn’t know much about Professor Harvey. But he did know Harvey was the Law School’s admissions officer. He also knew Harvey was a southerner. And as Wilkins would write later, “the South was a place I hated and feared.”

“Never at peace with my Blackness” 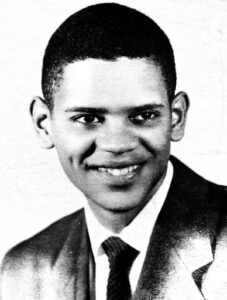 Wilkins quickly made a name for himself in campus politics. (Image: University of Michigan Law School.)

Born in 1932, Wilkins had spent his teenage years in the 1940s as the only Black kid in lily-white north Grand Rapids, Mich., where his stepfather was a physician, his mother an executive of the Young Women’s Christian Association. (His father had died of tuberculosis when Roger was six.) Wilkins also was the nephew of Roy Wilkins, executive director of the National Association for the Advancement of Colored People (NAACP), one of the most prominent Black leaders in the U.S.

Among his white friends in high school, Wilkins wrote later, he was “never at peace with my Blackness … Race was never mentioned. Ever. I carried my race around me like an open basket of rotten eggs. I knew I could drop one at any moment and it would explode with a stench over everything. I knew that my white friends, being well brought-up, were just too polite to mention this disability I had.”

Propelled toward college by parents who insisted on it, Wilkins chose Michigan. It was racially integrated, but barely. Still, he made a name in campus politics. He was elected to the student legislature; chosen as president of his class; and tapped for the elite senior men’s honorary society Michigamua — activities that diluted his commitment to classwork. So he was half-surprised to find himself admitted to the Law School’s entering class of 1953.

Wilkins then ventured an offhand personal remark. He mentioned his Law School application, noting: “I must have had the lowest undergraduate average in this class.”

He was confident Harvey would reassure him this wasn’t so.

That put the subject of race on the table, and Wilkins flared in anger.

“Well, why did you admit me?” he demanded.

“If you had gone to some other college, you surely wouldn’t have gotten in here,”  he said. “But we could check with your professors and we have had some sense of your extracurricular activities. They all judged you to have far more academic ability than you displayed. So we took a chance.”

To Wilkins’ surprise, Harvey defied the stereotype of the era’s white southerner. 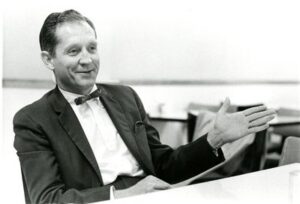 Harvey was more than an expert in contract law. Before World War II, he had considered pursuing an academic career in philosophy. After naval service in the war — when he took part in the invasion of Normandy — he enrolled in U-M’s Law School and ultimately became a professor. He joined the U-M faculty in 1951, and as his career evolved, Harvey departed from the legal scholar’s traditional focus on existing structures of law. Instead, as an observer put it, he began “to probe into the moral implications and consequences of any given legal system.”

In the 1950s, that meant he would confront the structures undergirding segregation in the U.S. and colonialism abroad. So he embraced inquiries that attracted few white scholars of his era — a study of anti-lynching legislation, for example, and of the new legal systems of post-colonial Africa.

A journalist once described Harvey as a person who “speaks with taut precision, hitting every idea right on the head with the first blow.”

That’s how he completed his chat with Roger Wilkins.

“Why did we take a chance?” Harvey said. “Well, it’s because we here [in the Law School] think the Negro people in this country need leaders — well-trained leaders. And we want to do our part in helping to train them. So we took a chance on you.

“Now, that doesn’t mean you won’t have to do the work,” he continued. “You will. If you don’t, you won’t stay. But that’s why we took a chance.”

Many years later, in his celebrated memoir A Man’s Life (1982), Wilkins said these few moments with Professor Harvey — whom he called “the instrument of the Law School’s affirmative action program for 1953” — made a profound impact.

“I worked hard enough to stay,” he wrote, “and did far better than I had done in undergraduate school.”

He won the Pulitzer Prize as a Washington Post reporter contributing to the Watergate coverage; he also was a columnist at the New York Times. Wilkins spent 20 years as a professor of history at George Mason University. He died in 2017.

Professor Harvey left Michigan to become dean of the law faculty of the University of Ghana, where he publicly criticized the repressive regime of President Kwame Nkrumah. Expelled by the Ghanaian government, Harvey was soon named dean of the law school at Indiana University.

In Bloomington, Harvey sought to reform the curriculum, ruffling feathers among influential conservatives in the state’s legal establishment. When student protests against the U.S. invasion of Cambodia hovered on the edge of violence in the spring of 1970, Harvey went out in the streets, calmed tempers, and persuaded the police to withdraw.

He soon left the deanship amid tensions with the university’s leaders. Harvey completed his career on the faculty of Boston University, and died in 1999.


This is an expanded version of an excerpt from the author’s book, Michigan Law at 150: An Informal History (2009). Sources included Roger Wilkins, A Man’s Life (1982); William Burnett Harvey, As I Was Saying: A Selection of Lectures and Informal Talks on Law and Universities and the Communities that Usually Tolerate and Sometimes Support Them (1999); and the Michigan Alumnus. The lead image of Wilkins comes from Wikipedia.