Coming home: A Vietnam Veteran in the Law School 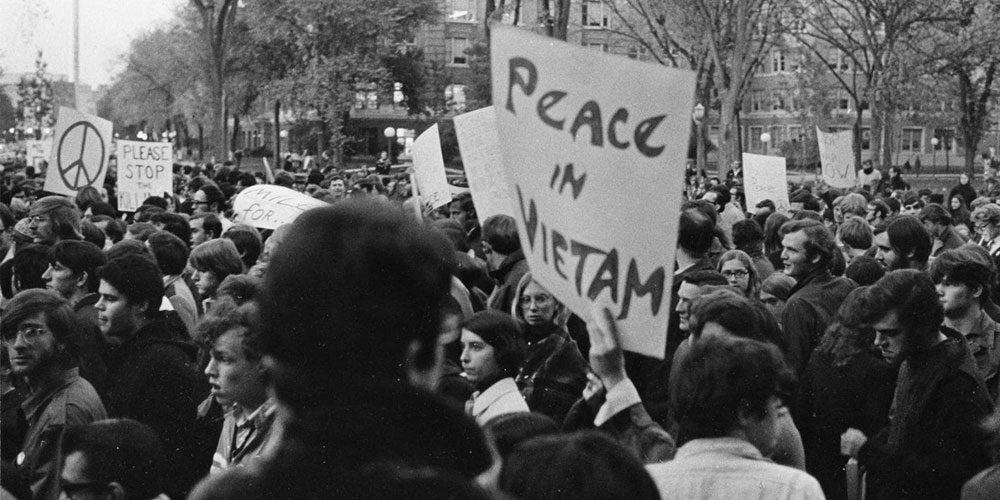 Tom Carhart remembers the day he and his wife drove their Volkswagen into Ann Arbor for the first time.

It was the fall of 1970. He’d spent months in combat in Vietnam. After leaving the Army he’d put in a year of digging ditches, washing dishes, and selling adding machines.

He needed a clear path to a decent future. And he thought: “What the hell? I’ll be a lawyer.”

He heard the three best law schools in the U.S. were Harvard, Yale, and Michigan. The last of those three accepted him. So here he was.

He was also a fish out of water, a decorated combat veteran settling down for three years in one of the capitals of the counterculture, a center of the antiwar movement.

And “I was right where I wanted to be. I was king. And it was a wonderful, transcendent, glorious feeling.”

But he had some things to figure out. 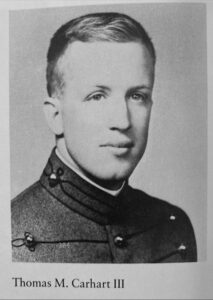 Raised in Arlington, Va., the son of a career officer in the Air Force, Carhart had been a celebrated cadet at the U.S. Military Academy, a brilliant rogue who would become one of the main characters in a nonfiction bestseller by the journalist Rick Atkinson, The Long Gray Line: The American Journey of the West Point Class of 1966 (Picador USA, 1989).

Among his brethren, Carhart was renowned for engineering a historic heist — the theft of the Naval Academy’s mascot goat from its guarded pen at Annapolis. But though he was, in his own words, “a classic underachiever” at West Point, he was also dedicated to its ideals of “duty, honor, country,” and he spent his cadet years anticipating the chance to prove his mettle in Vietnam.

Then, in his final semester, he was a passenger in a car accident that left him with a severe brain injury. After months of rehab, Army doctors declared him fit for service, though they told him his brain would need five years to fully recover.

As an officer in the 101st Airborne Division, Carhart spent much of the next two years in combat. During the Tet Offensive in early 1968, he nearly lost his right leg. He felt his Catholic faith slipping away. He was relieved of duty twice, first for defying what he thought was a suicidal order by a superior officer, then for leading an attack of which another superior disapproved.

He left Vietnam, taught French at West Point, then spent three months in a psychiatric ward at Walter Reed Army Medical Center. Once he had planned to spend 30 years in the Army. Now he took a disability discharge after 30 months. 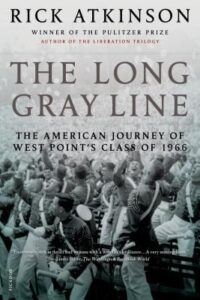 Succeeding in law school would be hard enough. But Carhart also faced two more personal challenges. He needed to make sense of what he had been through. And he had to find his place in a campus culture defined by opposition to the war.

“I had been in a very traumatic environment,” he said, “with life and death and violence all around me all the time. And I was engaged, I was part of that, and came to Ann Arbor basically drenched in blood. And here I came to this garden scene.”

Carhart discovered two West Point comrades among his fellow students at the Law School. One was Jeffrey Smith, a rare ’66 graduate who had not gone to Vietnam. But he was still in the Army, studying law as a member of its Judge Advocate General Corps.

Like Carhart, Smith told Rick Atkinson of the complicated feelings about the war that he was trying to work through as a law student. When Lt. William Calley was convicted of premeditated murder in the deaths of more than 100 Vietnamese civilians at My Lai, Smith applauded the guilty verdict in a letter to The New York Times. But he said the trial of one individual for one war crime fell far short of the reckoning America needed.

“I had been in a very traumatic environment … and came to Ann Arbor basically drenched in blood.” — Tom Carhart

“The overwhelming outcry against that decision suggests that it is grossly unfair to try lesser officers for a single incident while leaving the basic conduct of the war unexamined…” Smith wrote. “Until the nation is prepared to evaluate honestly the entire nature of the war, solitary trials will remain, regardless of their correctness, uncomfortable salients.”

Yet Smith would not renounce his Army comrades. He told Atkinson about a day when a conversation with other Michigan students turned to Vietnam. Finger-pointing ensued, with students demanding to know how Smith could remain in the Army when he opposed the war.

“You have to understand,” Smith told them, “some of my closest friends have fought and died there.”

Fitting in and standing out

Tom Carhart said he never came up against that kind of rancor for what he had been and done, not in Ann Arbor.

“I was never denied acceptance” at U-M, he said. “I was never rejected. I never felt that I was an outsider, or that I was in a foreign country and didn’t belong here.”

As a Michigan student Carhart signed up for the Vietnam Veterans Against the War. But when they sent him a bill for membership dues, he wrote back to say, “I already paid my dues” and enclosed a copy of his Purple Heart citations.
But that was partly because he made a determined effort to fit in. By the time he reached Ann Arbor, he opposed U.S. policy in Vietnam and said so loudly and often. But “in many ways this was blown by the winds of popularity,” he said. “I mean, the great mass of the student body opposed the war. So did I. That wasn’t an accident.”

He grew his hair long, sprouted a gigantic mustache, and smoked pot. He was elected to Student Government Council on a wild anarchist platform. He volunteered for Senator George McGovern’s antiwar presidential campaign.

Carhart’s first year had been a trial, academically and personally. He nearly flunked out, and near the end of the spring semester, his wife gave birth to a stillborn child. In the wake of that trauma, he began to do better in class. He found the second and third years easier. He found professors he admired. He had time to read and to think.

“I began to really listen to the antiwar message for the first time,” he said. He came to understand Vietnam’s history and how the U.S. had sided against the self-determination of a colonized people. “We were on the wrong side in that war…But we couldn’t see that. We didn’t listen to anybody.”

Yet he let no one forget he had served in Vietnam. “I was not shy about who I was and where I was coming from.”

Getting up for a day of classes at Hutchins Hall, Carhart would throw on his Army fatigue jacket bedecked with the Screaming Eagle patch of the 101st Airborne, the Combat Infantryman’s Badge, and the Purple Heart, awarded to every member of the armed services who is killed or wounded.

He signed up for the Vietnam Veterans Against the War. But when they sent him a bill for membership dues, he wrote back to say, “I already paid my dues” and enclosed a copy of his Purple Heart citations.

“A garden of delights” 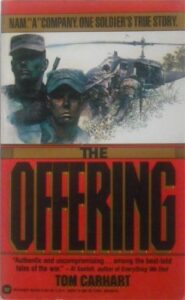 Carhart went on to an unconventional career of achievement in several realms. He edited a European tax journal and worked for the RAND Corporation. He was a Pentagon analyst and a private attorney, and he fit in a PhD at Princeton.

When a national memorial was proposed to honor the Americans who died in Vietnam, he became one of its leading advocates, then a relentless critic of Maya Lin’s winning design for the memorial. In an essay in The New York Times, he said Lin had memorialized the war at home, not the one actually fought in Vietnam. The design, he said, was “anti-heroic — the reward we get, and the place we have been given in our national garden of history, for faithful service in a confused and misunderstood war.”

Eventually, he became an author. He published a Vietnam memoir, The Offering (William Morrow & Co., 1987), and a string of books about West Point and military history.

When I suggested the common experience of his West Point class had been a matter of high ideals giving way to disillusionment, he said: “I wouldn’t say disillusionment. I would say growing up. Yeah. Burning off the clouds of naivete in which we were raised. Then the sun comes up and you suddenly realize, ‘Wait a minute, I’m a man now,’ and certain things are real.

“I don’t remember a specific moment when I came to that sort of awareness in life. But Ann Arbor was a very important period.”

Now, over his desk in Northhampton, Mass., Carhart has framed scenes of West Point, Princeton, and the Law Quadrangle at Michigan.

“It’s just a beautiful, beautiful place,” he said, “and what a garden of delights to find after Vietnam.”