It was a delight to see so many people flocking to movies during the holiday season, despite the dismal economy. Families streamed into theaters to see “Marley and Me,” “Bedtime Stories” and “Four Christmases,” while those looking for heavier fare had plenty from which to pick: “Doubt,” “Milk,” “Slumdog Millionaire,” “The Reader,” “The Curious Case of Benjamin Button,” “Valkyrie.” And from what I heard from just about everybody who braved Michigan’s bitter cold to find a theater, was that the offerings were pleasing. I have my own pleasant memories of some of the more “serious” films. 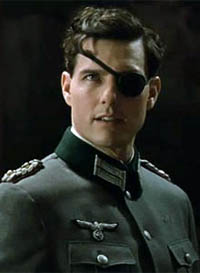 A logical place to begin is with “Valkyrie,” a Bryan Singer film that staggered into movie houses Christmas Day after being held back for months by nervous distributors. Not to worry. “Valkyrie” turns out to be a very solid, engaging experience—never mind that the actors’ accents are all over the map (Tom Cruise, Kenneth Branagh and Terence Stamp as Germans?). And never mind that the film’s script lent itself to anti-climax (who doesn’t know that none of the assassination attempts on Adolf Hitler’s life succeeded, including the last attempt which is the subject of “Valkyrie”?).The film is driven by taut, well-paced plotting maneuvers and the nuanced interplay among the conspirators who will determine the success or failure of the assassination/coup. Plotting the aftermath of the assassination attempt, with its inevitable consequences, propels this very solid screen exercise to a chilling climax.”Milk,” the story of San Francisco alderman and gay activist Harvey Milk, is as heartfelt a bio-pic as it is an inspiring case for political commitment. The strengths of Gus Van Sant’s film are located in the outstanding performances of Josh Brolin as Milk’s nemesis, Dan White, and of Sean Penn in his upbeat and absolutely charming portrayal of Milk. Also impressive are two young actors in roles as key compatriots in Milk’s run to become American’s first openly gay elected government official: Emile Hirsch as Milk’s protégé, Cleve Jones, and Alison Pill as his tart, savvy campaign manager. In spite of its fateful ending “Milk” is very much a film about victory and hope. 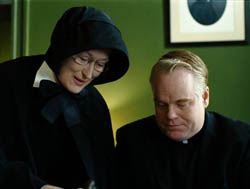 In “Milk” and other excellent movies this season, actors carried the day. Meryl Streep and Phillip Seymour Hoffman do rhetorical battle in “Doubt,” written and directed for the screen by John Patrick Shanley from his play about a nun who seeks to take down a priest on claims that he sexually abused a school boy. The storyline is played out in layers of character point and counterpoint, with gender-political interests perhaps as much a motivational force as issues of moral turpitude. Clarifying facts remain hidden. Who better to convey sub-surface innuendo than Streep and Hoffman, arguably the finest actors working in film today. Watching and listening as these two performers take each other on with charged repartee, I realized once again just how much an actor—in spite of the piecemeal process of filmmaking—can contribute to memorable screen drama.On a lighter and different note, the director, for me, is the star of “Slumdog Millionaire,” a real holiday pleaser for filmgoers. Danny Boyle’s international hit is a fable-istic tale about a young Indian man, Jamal, who at the film’s beginning is a winning contestant on the country’s version of “Who Wants To Be a Millionaire?” The story intercuts the quiz show with flashbacks that trace the lives of Jamal, his brother Salim, and a lovely girl, Latika, all orphans who are forced to fend for themselves in Mumbai’s violent slums. The plot’s clever conceit is that in these gritty flashbacks resides the knowledge, born of survival circumstances and fate, that allows Jamal to succeed on the trivia-based quiz show. 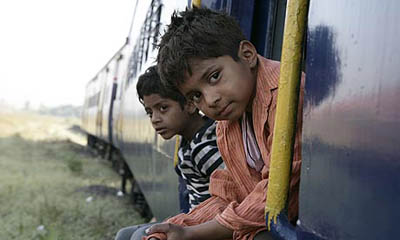 In his cult classic “Trainspotting,” 1996, Boyle revealed himself to be a director of infectious virtuosity—the master of fragmented storytelling that combines action, music and expressionistic imagery in uniquely powerful ways. Who can ever forget the nightmarish fish-eye-lens hallucinations in the scene where Scottish drug addict Renton (Ewan McGregor) goes through withdrawal after being locked in his bedroom by his parents? Or the scene in which Renton lowers himself through a toilet and swims gleefully in search of pills he’s accidentally dropped into the sewage waste?A similarly repulsive—but just as revealing—moment occurs in one of the early flashback scenes in “Slumdog Millionaire.” Boyle also carries forth from “Trainspotting” his special gift for staging exciting chase scenes in which his characters run from pursuers—drug addict shoplifters eluding police in Edinburgh and young orphans in Mumbai in flight from just about everybody. “Slumdog’s” chases are filmed in fiery hues and shot in canted Dutch-angle compositions to heighten the frenzied action. Bold music underscoring also drives the pace. Landscape views of Mumbai’s filth-ridden slum areas are as strikingly compelling as the vistas of the city’s urban skyline, filmed from the top floor of an unfinished high rise where a tense meeting takes place between the now grown, Jamal, and his mob-involved brother, Salim. “Slumdog Millionaire” reaffirms Danny Boyle’s reputation as a screen “imagist extraordinaire,” a director-storyteller who wins over audiences with his unconventional brand of filmmaking. I loved this film.