Creator of the long distance runner 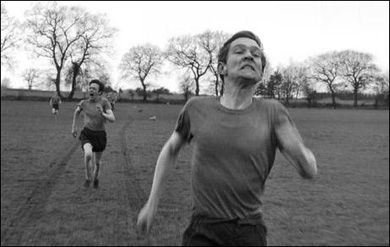 A scene from ‘The Loneliness of the Long Distance Runner,’ based on Alan Sillitoe’s landmark novel.

I happened to be in London on April 25 this year when the Midlands’ social-realist novelist, Alan Sillitoe, died. Brits considered his novel “Saturday Night and Sunday Morning,” published in 1958, a landmark event in the country’s literary history. In the novel-into-film unit of my British Cinema classes, the students read “Saturday Night and Sunday Morning” and “The Loneliness of the Long Distance Runner” (a novella) before we screened the two film adaptations of the books. Those two films called attention to the New Wave revolution occurring in British cinema, theatre and fiction. The working-class themes and often squalid environments in the Sillitoe film adaptations and in John Osborne’s seminal stage play, “Look Back in Anger” (1956) resulted in various labels being applied to the movement. The works’ anti-authority thrust led the critics to describe them as the products of “Angry Young Men;” and the gritty every-day look of the stage and film settings garnered the stylistic label “kitchen sink realism.” Angry Young Men protagonists were feisty, class-conscious figures, intensely individualistic. 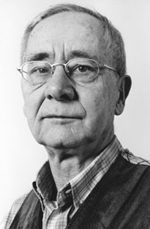 Joe Lampton, in John Braine’s 1958 novel, “Room at the Top,” for example, was a character whose ploy for escaping his humble beginnings and for clawing his way up the “success ladder” involved seducing and impregnating a corporate executive’s daughter—even as that meant having to abandon another woman whom he truly loved and who deeply loved him. The rules-averse Arthur Seaton in “Saturday Night and Sunday Morning” was a lathe operator in a bicycle factory by day and a hard-drinking, carousing womanizer on the weekend. Seaton’s reckless attitude and unthinking behavior meant trouble. Nowhere, however, was the anti-establishment voice more evident than in the anti-hero of “The Loneliness of the Long Distance Runner,” Colin Smith. Smith, arrested for thievery, is sent off to Borstal—a reform school for juvenile delinquents. When the governor of the Borstal discovers that Smith has talent for cross-country running, he sees the chance for victory in an upcoming race against a nearby private boys’ school. But Smith despises anyone in a position of power and part of his philosophy for living includes breaking the law. He will not be used for the governor’s gain. With victory in his grasp and an opportunity for early release from Borstal, Smith refuses to cross the finish line. When the film version of “The Loneliness of the Long Distance Runner” came out, advertisements subtitled it “Rebel With A Cause.” It remains a stunning, unique motion picture.I met Alan Sillitoe for the first time in 1998 through a stroke of luck. I was directing the University of Michigan’s London summer abroad program, which included my course in British Cinema. I had taken along a number of copies of “The Loneliness of the Long Distance Runner” which I had picked up in used-book stores in Ann Arbor. On passing them out for the fiction-into-film unit, one student discovered a note in her copy written by Sillitoe in 1977 to another author (not named in the note) who had arranged for a meeting in London. The note indicated the meeting site and included Sillitoe’s home phone number in case plans had to be changed. The fact that the note had found its way to a used book store in Ann Arbor and then back to London two decades later led the students to insist it was fate and that I had to phone Sillitoe. I did, and he said he would be happy to come over to Gower Street and meet with the students, as he did each subsequent year that I taught in London. He always introduced himself with his Morse-code key pad, the dots and dashes spelling out “Hello, I’m Alan Sillitoe. I hope you’re enjoying your stay in London.” The key-pad was a memento from his days as a wireless operator in the Royal Air Force. Sillitoe went on to tell the students how he had written “Saturday Night and Sunday Morning” under an orange tree in Majorca while recovering from a bout of tuberculosis, and how when he came upon the idea for “The Loneliness of the Long Distance Runner,” the novella flowed from his imagination non-stop. In his interchanges with the U-M students, Alan Sillitoe was as warm, forthright and real as the characters he put into his fiction. In England his reputation was such that the notice of his death at age 82 made the front page of every major newspaper. We were privileged to know this great man.