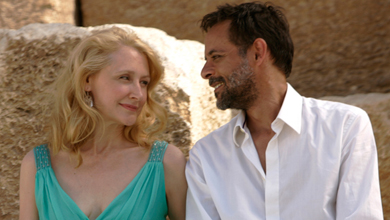 In a disappointing summer in which there were few really notable films, even among those meant solely for seasonal entertainment, there was one especially bright spot: an ever-increasing number of motion pictures—indie and mainstream—directed by women. Though male directors still far outnumber the women, the gap is narrowing.Some women directors have already achieved well-earned reputations and power-status in a highly uncertain big-business industry that is also an art form. Most prominent is Nancy Myers, whose huge box-office successes include “It’s Complicated” (2010) and “Something’s Gotta Give” (2003). Myers wields unusual clout in Hollywood as a writer-director whose screen narratives are about single middle-age, middle-class women whose contented lives are altered by sudden, unexpected relationships with men. Most honored, of course, is Kathryn Bigelow, whose 2009 Iraq War verite-drama “The Hurt Locker” won both the Best Picture award at the 2010 Oscars and at the U.K. Bafta awards ceremony this year in London. Kimberly Pierce is another established director who, like Bigelow, takes on serious challenging subjects. Pierce’s work has centered on psychologically distressed characters, as in “Boys Don’t Cry” (2009) and “Stop-Loss” (2008); the former offers a poignant inquiry into the life of a Nebraska girl who convincingly poses as a boy, and the latter explores the personal trauma experienced by American soldiers forced into multiple deployments to Iraq. Also acclaimed is the Indian-American director Mira Nair, best known for her ethnographically-tailored narratives about Indian life and culture (“Salaam Bombay!” (1998) and “Monsoon Wedding” (2002)) and for her diasporic dramas about Indian immigrant life in the United States: “Mississippi Masala” (1992) and “The Namesake” (2007).Emerging directors whose work appeared this summer included Lisa Cholodenko, Nanette Burstein and Ruba Nadda. What I found intriguing about their films was a mutual interest in stories about very modern women confronting all sorts of personal crises.

Annette Benning (left) and Julianne Moore are superb in ‘The Kids Are All Right.’

“The Kids Are All Right,” directed by Lisa Cholodenko and co-authored with Stuart Blumberg, was for me a remarkable, break-through drama about contemporary family life—remarkable because of its portrait of a family in which the parents are a lesbian couple. Their household has its everyday ups and downs, but life is fairly routine until the couple’s teenage son and daughter decide they want to meet their biological father. Each of the women had used the same sperm donor. Several plotting arcs are set into motion when the father, Paul (Mark Ruffalo), meets the two children and their parents, Jules (Julianne Moore) and Nic (Annette Benning). Established child-parent relationships are suddenly set on edge by the presence of a spirited father. Further complications arise when Jules—heretofore a stay-at-home parent—decides to take a job as a landscaper at Paul’s garden restaurant. Their developing relationship challenges the solidity of Jules and Nic’s marriage and pulls each member of the family into alienating positions. Cholodenko had already proved herself a gifted director in “High Art” (1998), a film about the complex relationship between an older and younger woman in a high-art photography magazine. “The Kids Are All Right” carries forth those interests and talents. The character nuances elicited by Cholodenko from each of the five central actors, the inherent “truths” of their reactions and emotions, result in an honest and warm study of a contemporary family.Nanette Burstein’s “Going the Distance” is a romantic comedy that for me gained in interest because of how its plot mechanizations exposed the degree to which we modern human beings exist in a “wired” world. Erin (Drew Barrymore) and Garrett (Justin Long) meet and fall in love in New York, where Garrett works for a music company and Erin is a college intern at a city newspaper. When Erin returns to graduate school in California the couple struggles to maintain a long-distance relationship. I was fascinated by how bound together the couple were, although separated by 3,000 miles. Physically apart, they are in continual contact by regular phone, cell phone, internet, Skype, and frequent-flier jaunts. But even this degree of connectedness was not enough to overcome the literal space between them. “Going the Distance,” though slight, is still an insightful romantic comedy.”Cairo Time,” on the other hand, is an unusually contemplative screen experience directed by Canadian filmmaker Ruba Nadda with the incomparable American actress Patricia Clarkson as its protagonist. Clarkson portrays a magazine journalist, Juliette, stranded alone in Cairo when her husband’s work for the UN in Israel delays his joining her in Egypt for a planned vacation. Mark, Juliette’s husband, asks his former Egyptian employee Tareq to watch over his wife until he arrives. Tareq (Alexander Siddig) is tall, slim, handsome, charmingly shy and single. Juliette, a loving wife and mother, is an elegant figure. She is determined to use her solo time in Cairo to explore the city’s life and its cultural differences. Roaming through the marketplaces, into tea houses and architecturally grand buildings and mosques, Juliette’s forays provide a picture-postcard view of an exotic world. Tareq remains close by—for walks, for tea, a boat ride on the Nile, a game of chess. What evolves is a modern variation of Noel Coward’s beloved British film “Brief Encounter” (1945)—the story of an unexpected romance between a married woman and another man. “Cairo Time” is a slow moving film with little dramatic bravado and few overt expressions of emotion. Juliette’s desire and reticence are conveyed simultaneously by Clarkson in a performance that is almost entirely an interior one. The lift of an eyebrow, lips briefly parting, a moment of eye contact before the eyes flicker down, a step forward, a step back—these are the means by which Clarkson delineated a poignantly conflicted character. Anyone looking for a case study in brilliant acting should watch Clarkson at work here.Nadda’s reserved emotional stance and languid pacing are challenging for film audiences, and impatient viewers might call the result a coffee table movie—a work as decorous and slow as a coffee-table book. But I found a lot to admire in “Cairo Time”—especially its effort to tell a story that explores a relationship evolving from two different cultural worlds, and to do so with respect for each. Nadda was born in Canada to a Palestinian mother and Syrian father and her diverse heritage manifests itself in “Cairo Time.” I appreciated that.At the end of a disappointing movie summer, then, there was this very bright spot: three emerging directors with three commendable motion pictures to add to their filmographies.