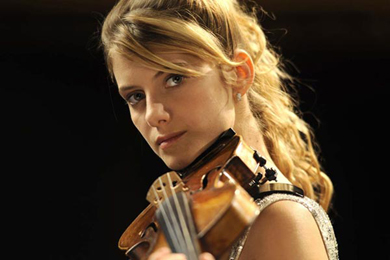 Melanie Laurent is luminous in ‘The Concert.’

Because of the annual year-end rush to get films into theaters for Oscar eligibility, motion picture studios and their publicity representatives go into a full-court press for potential contenders. By now we’ve heard a lot about the movies being hyped for the Best Picture list of ten. So I want to use this column to call attention to three little gems. Each is from Europe and each was a favorite of mine in 2010, but few people got a chance to see them in theaters. I highly recommend them as Netflix or video store alternatives to the Hollywood-hyped year-end films.

Radu Mikhaileanu’s “The Concert,” a 2009 French-made comedy-music-drama released in the US in October is a spirited screen narrative about a legendary Russian musical conductor, Aleksei Guskov (Andrei Filipov) whose career was terminated by Brezhnev-era officals for having hired Jewish musicians for his orchestra. As “The Concert” begins, Aleksei is seen some 30 years later working as a janitor in the musical hall where he was renowned for his musical genius. In a moment of despair and inspiration, Aleksei comes up with a scheme for reuniting his orchestra and performing in Paris, posing as the Bolshoi Theatre Orchestra.

Assembling the long-departed musicians and getting them to Paris results in all sorts of slapstick mayhem and political satire. Many of the former orchestra members have become street musicians, and some probably haven’t picked up an instrument in years. Many look like lost vagabonds. Aleksei’s main quest involves obtaining a beautiful young violinist, Anne-Marie Jacquet (Melanie Laurent) as soloist for the concert. (Laurent, as luminous as ever, was the devious movie theater manager in “Inglourious Basterds”). The young violinist unknowingly has a secret and poignant connection to Aleksei’s old orchestra—the backstory revealed in part through flashbacks as the orchestra and the soloist bring Mikhaileanu’s film to a rousing, fairytale conclusion. Funny and big-hearted, “The Concert” is unabashedly sentimental, entertaining filmfare.

“Black Swan” with Natalie Portman has received some Oscar buzz, but let me point you to another dance film: Bruce Beresford’s “Mao’s Last Dancer.” Beresford is the Australian director who has given us films as diverse (and excellent) as “Breaker Morant” (1980) and “Driving Miss Daisy” (1989). “Mao’s Last Dancer” is the most invigorating dance film I’ve seen since Taylor Hackford’s “White Nights,” a 1985 movie with Mikhail Baryshnikov and Gregory Hines. 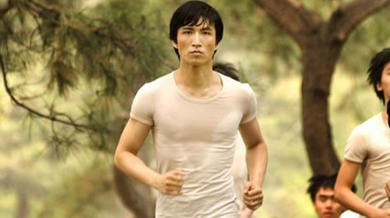 Based on the autobiography of Chinese ballet luminary, Li Cunxin, “Mao’s Last Dancer” tells the story of a poor Chinese boy’s progress from a rural classroom to international ballet stages. Selected by Mao’s cultural scouts, the 11-year-old boy is abruptly taken from his family for rigid state-controlled training at the Beijing Dance Academy. Ideological tensions between classical ballet and counter-revolutionary expectations come into play when a Baryshnikov performance-video is smuggled into the Academy by one of Li’s instructors. But most enthralling about this beautiful film is how its narrative progress functions much like a time-lapse cinematic exercise.

Magically, we observe Li evolve from uncertain, undeveloped child to teenage novice to fully accomplished master. Along the way he encounters culture shock as an exchange artist in Texas, love and marriage, and the politics of defection and its potential consequences for his Chinese family. The ballet sequences include “The Rite of Spring” and “Swan Lake” and are spectacular in their display of artistic form and physical grace, resplendent colors and vivid theatrical imagery. Like “The Concert,” this enchanting biopic concludes with a tour de force performance, followed by a happy ending for the uprooted Chinese dancer. 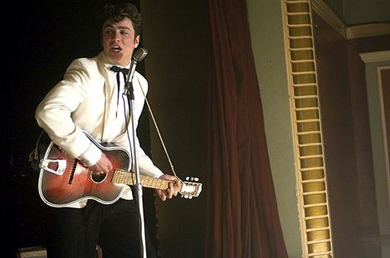 Aaron Johnson offers up an amazing performance as John Lennon in ‘Nowhere Boy.’

Also based on a true story is “Nowhere Boy,” a biopic about John Lennon as a teenage schoolboy and art college student in Liverpool. The script was adapted by Matt Greenhalgh from the book by Lennon’s half-sister Julia Baird, titled “Imagine This: Growing Up With My Brother John Lennon.”

“Nowhere Boy” is intensely personal, essentially a family domestic drama that depicts Lennon as a young man struggling to come to grips with his sexuality and the two very different women who came to dominate his life at the time. Aunt Mimi (Kristin Scott Thomas) is the sister of Lennon’s biological mother, Julia (Anne-Marie Duff) and has raised Lennon since age two, when Julia suddenly bolted. When Julia reappears at the funeral of Mimi’s husband, Lennon seeks her out and the two become spiritual soulmates, much to the consternation of the rigid, uncompromising Aunt Mimi. Julia is enthralled with music and introduces John to rock and roll. The teenager himself becomes obsessed with music, ignoring school and assembling his own band called The Quarrymen. In retaliation Aunt Mimi sells Lennon’s guitar; but Lennon transfers more and more of his emotional energy into writing songs and performing with The Quarrymen.

Youngsters who would go on to become The Beatles show up to join The Quarrymen: 15-year-old Paul McCartney, played by striking lookalike Thomas Brodie Sangster, and George Harrison (Sam Bell). Aaron Johnson, talented and handsome, portrays John Lennon and does his own singing in a way that connects it to the complicated personality he projects on screen.”Nowhere Boy” is a tender, heartfelt film that shuns the theatrical bravado that is typical of most biopics about famous musicians.

Sam Taylor-Wood’s film is more interested in character and relationships that are life-forming. The epilogue tells us that, despite their early love-hate relationship, John Lennon phoned his Aunt Mimi every week until his death in 1980.

In addition to their artistic merits and compelling stories, “Nowhere Boy,” “The Concert,” and “Mao’s Last Dancer” are upbeat, feel-good movies—excellent choices, I think, for long winter nights at home.