During a recent visit to London, I caught part of the 2011 Bird’s Eye View Film Festival at the BFI Southbank Theatre. The festival was staged to coincide with the 100th anniversary of International Women’s Day. The theme this year was “Celebrating Women Filmmakers,” past and present. Of contemporary note was a screening of Susanne Bier’s powerful “In a Better World”—the Danish motion picture that took home this year’s Oscar for Best Foreign Language film. It should be on every cinephile’s must-see list. 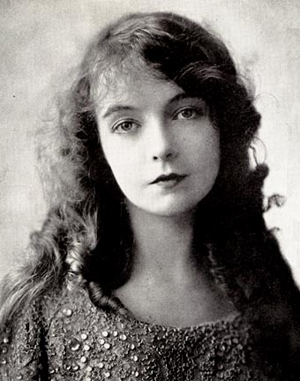 But what most intrigued me was the 1928 MGM silent film The Wind starring Lillian Gish in a performance critics and historians have called her best. In a poll ranking the 100 greatest film actresses, Gish came in 17th. But to include her in a festival celebrating women filmmakers seems at first glance like a stretch. Here’s my take.

By the time she starred in The Wind, Lillian Gish reigned as one of the most powerful women working in the American film industry, largely due to an enterprising off-screen presence and determined independence. Using knowledge and experience she’d earned as a leading actress in many of D. W. Griffith’s films (The Birth of a Nation (1915), Broken Blossoms (1919), Way Down East (1920), and others), Gish immersed herself in all aspects of the filmmaking process: helping with the design of settings and costumes, advising on script and character development, offering editing and lighting suggestions. So competent was Gish by 1920 that Griffith put her in charge of directing Remodeling her Husband from a script co-written by Gish and her actress sister Dorothy. The plot involved an independent-minded woman who leaves her philandering husband and embarks on a successful career in business. The husband begs forgiveness and threatens suicide before his wife reluctantly agrees to a reconciliation. One critic referred to the woman—played by Dorothy Gish—as a “resourceful heroine.”

In real life, Lillian Gish was very much like that resourceful, independent woman. Dissatisfied with the pay she received for work in Griffith’s films and yearning for greater creative involvement, Gish parted company with Griffith in 1921. After she had done independent work with a number of directors, Louis B. Mayer in 1925 offered Gish a lucrative and unusual contract that gave her the rights of script selection as well as director and cast recommendations for the films in which she would appear. Under these arrangements Gish helped give MGM two of its last great silent masterpieces: The Scarlet Letter (1926) and The Wind.

Renowned for her fragile, vulnerable screen personae and for transparency in conveying human suffering, Gish saw in The Scarlet Letter’s heroine, Hester Prynne, a character ideally suited to her acting acumen. Playing a woman branded for adultery in a puritanical society, Gish superbly conveyed a victimized but stoic sufferer. She had recommended and won for the project the acclaimed Swedish director Victor Sjostrom (or “Seastrom” as he called himself while under contract at MGM in the 1920s). It was a good choice. Seastrom’s talent for creating an environmental mise en scene that underscored character emotion and psychology was evident in his pastoral rendering of a 17th-century New England landscape. Together Gish and Seastrom turned The Scarlet Letter into a critical and popular triumph for MGM.

Two years later Gish came up with the idea for a screen version of Dorothy Scarborough’s novel The Wind. It told the tale of a young Virginia girl, Letty, who naively moves west to live with her favorite cousin, Beverly, and his wife, Cora. A jealous Cora banishes Letty from the prairie homestead. The ouster drives the helpless young woman into relationships with rabid, pursuing men—one of whom lures her into an unwanted marriage. Another aggressor rapes her and in self-defense she shoots and kills him.

Gish wrote a brief synopsis of Scarborough’s novel and gave it to the acclaimed scenarist Frances Marion who fleshed it out into a screenplay. Again Gish, who played Letty, asked that Victor Seastrom direct. She said in her memoirs that working with Seastrom on The Scarlet Letter “was a great education for me … (discovering how) the Swedish school of acting is one of repression.”

The result of the second Gish-Seastrom collaboration was that The Wind would be silent cinema’s last great masterpiece. Marion’s script begins as a near comic burlesque as a genteel Eastern girl is exposed to the coarse ways of life on a Texas prairie. But that humor soon gives way to the almost hysterical realities that Letty encounters in a world that is physically, emotionally and environmentally hostile. Letty is warned on the train ride west that the wind and sandstorms on the prairie could be harsh and unrelenting, and the seed is sown. The Dust Bowl elements as conjured up by Seastrom externalize Letty’s growing anxiety and mental disintegration. Just as she cannot quell her anguish, neither can she stop the sand from seeping through the door and windows of the little shack she shares with a husband who has kindly refrained from forcing her into “the marriage bed.”

As the film advances toward its violent conclusion, the winds outside howl with unrelenting furor, tying the film’s emotional crescendos to the forces of nature. The Wind is an admixture of eroticism, isolation, mental anguish, and violence—conveyed metaphorically as an unforgiving elemental storm. The screening at the Bird’s Eye View came with a rousing live piano accompaniment that added its own impact to the turbulent story.

Shortly after The Wind, Lillian Gish took a hiatus from the screen to work in theater, but returned to motion pictures in the 1940s and continued to act in films and television until 1987. Her last film was The Whales of August. She was 94 at the time.

In later life, Gish also toured the world, lecturing on the history and art of filmmaking and becoming the medium’s unofficial ambassador. At her death in 1993, a few month’s short of her 100th birthday, Gish was wealthy enough to leave an annual art prize—the Dorothy and Lillian Gish Prize—that is one of the largest awards in the arts. The recipient, according to Gish’s will, should be someone who has made an outstanding contribution “to mankind’s enjoyment and understanding of life.” Now in its 17th year, last year’s prize of $300,000 was awarded to the Nigerian author Chinua Achebe. Lillian Gish’s legacy continues forward.

Historical footnote: Two years after writing The Wind, Frances Marion became the first woman to win an Oscar for screenwriting, for The Big House (1930). She received a second for The Champ in 1932.