Do you snore? Have trouble staying awake?

Guess what? You may have a sleep disorder!

In the event you haven’t noticed, sales are booming in the sleep industry. The Fiscal Times projected U.S. consumers would spend $32.4 billion in 2012 on everything from pills, products, and medical devices to “sleep consultants” and mattresses. That number represents an 8.8 percent year-over-year increase since 2008. 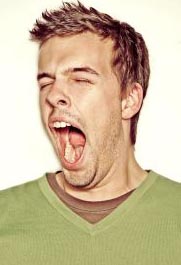 Most adults know someone (most likely themselves) who has a sleep disorder, probably obstructive sleep apnea (OSA)—the most common form of sleep-disordered breathing worldwide. OSA, characterized by repetitive partial or complete collapse of the upper airway passageway during sleep, causes impaired gas exchange in the lungs, subsequent gasping for air (however slight), and disrupted sleep. Sleep apnea affects an estimated 15 million adult Americans, and is the most common form of sleep-disordered breathing worldwide.

Experts estimate approximately 7 percent of adult men and 2-5 percent of adult women suffer from sleep apnea worldwide. The prevalence of sleep apnea is similar in both Caucasians and Asians, indicating it is common in both developed and developing countries. Overweight or obese individuals and elderly people are most likely to experience sleep apnea. In addition, some data suggest African-American ethnicity also may be a significant risk factor.

Sleep deprivation has been a significant factor in some of the mos t dramatic accidents recorded in recent history.Each year as many as 50,000 car accidents occur due to drowsy drivers as a side effect of untreated or undiagnosed sleep disorders. Since 1994 more than 20 laboratory studies have evaluated the effects of driving in a sleep-deprived state on one’s ability or safety. The data clearly show people with sleep disorders get in more accidents, often serious ones. The Exxon Valdez oil spill, the nuclear incidents at Chernobyl and Three Mile Island, and the explosion of the space shuttle Challenger were direct results of sleep-related problems.

Almost all research shows that sleep deprivation may lead to a level of driving impairment equivalent to being legally drunk.
People who suffer from sleep apnea have an increased risk of cardiovascular disease, including heart attacks. If you are a male who regularly sleeps less than five hours per night, or a woman who regularly sleeps less than seven hours per night, you are two to three times more likely to have a heart attack. Furthermore, shift workers who are sleeping fewer hours, often poorly aligned to their natural circadian rhythm, also face a higher risk for cardiovascular disease. About 38,000 people die each year from stroke and heart attack due to sleep apnea. The medical cost of sleep apnea-related problems exceeds $1.9 billion per year.

What explains this relationship between disordered sleep and risk of cardiovascular disease? Some researchers have speculated sleep loss (or disruption) can have an impact on inflammatory processes in the body. It is known that when we don’t sleep enough, blood levels of C-reactive protein, a marker of inflammation, increases. This underlying inflammatory process may damage the lining of blood vessels, making it more likely to develop atherosclerosis (a hardening and narrowing of the vessels) and ultimately heart attacks.

Do you have a sleep disorder?

Most people with sleep disorders deny they have a problem, particularly men (it’s just not manly to admit to a problem). One’s sleeping partner, then, is the best person to consult about possible sleep apnea. The partner knows if the person is a loud and regular snorer and if they experience gasping or stop breathing during sleep. Often people with sleep apnea also experience restless leg syndrome—uncomfortable sensations in their legs and an irresistible urge to move their legs to relieve the sensations. The sensations are difficult to describe: They are an uncomfortable, “itchy,” “pins and needles,” or “creepy crawly” feeling in the legs. The sensations are usually worse at rest, especially when lying or sitting.

If you answered YES to any of these questions, you are at higher risk for having obstructive sleep apnea. The risk increases even further if you are overweight, have a large neck, and/or have high blood pressure.

Add the numbers for your final score: